Daria, Girl of the Golden Field 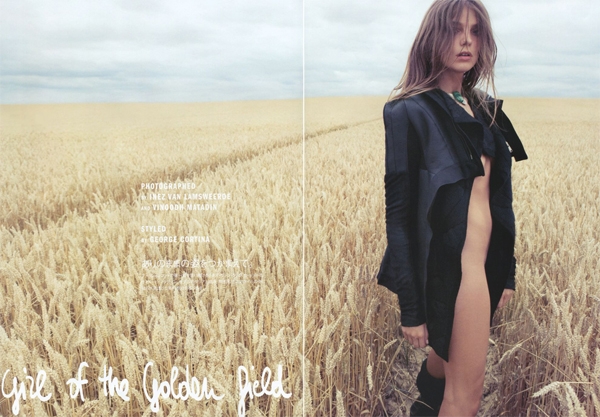 Styled by George Cortina, who is also an associate fashion director at the Japanese magazine, the shoot is set in a chilly wheat field and showcases some of this Fall’s fabulous knits, furs, and outerwear, not to mention a blatant amount of nudity.

My favourite fun fact about Daria is that we sort of used to have fashion class together in high school! Well not exactly… she had a few years on me, but I used to hang out in the fashion room listening to Bob Dylan while making use of the sewing machines, and she was there most of the time doing the same.

The shoot is entitled Girl of the Golden Field and can be seen in it’s entirety at Lookbooks.com. I thought this would be particularly appropriate for Halloween because of the mysterious Signs-ish feeling the photos portrays. Take a look at some of the photos below, they’re the ones with the least amount of nudity. 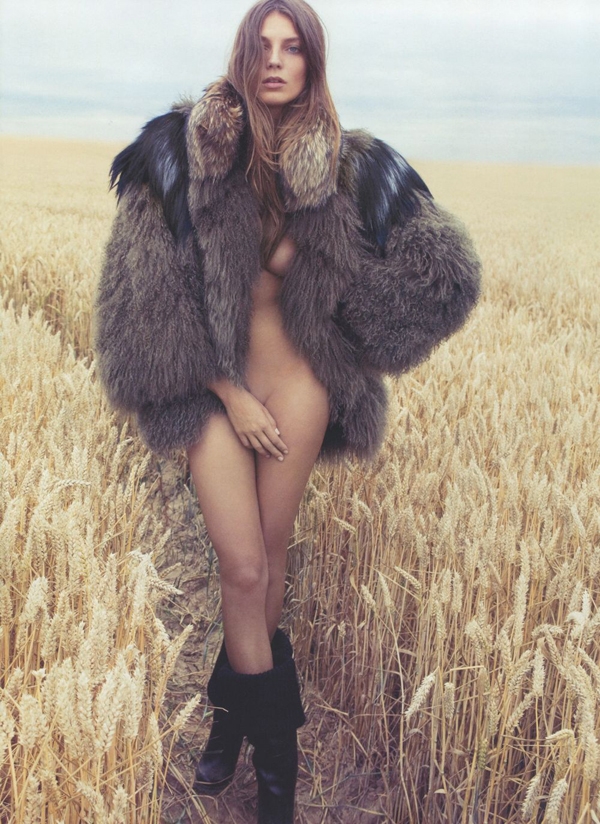 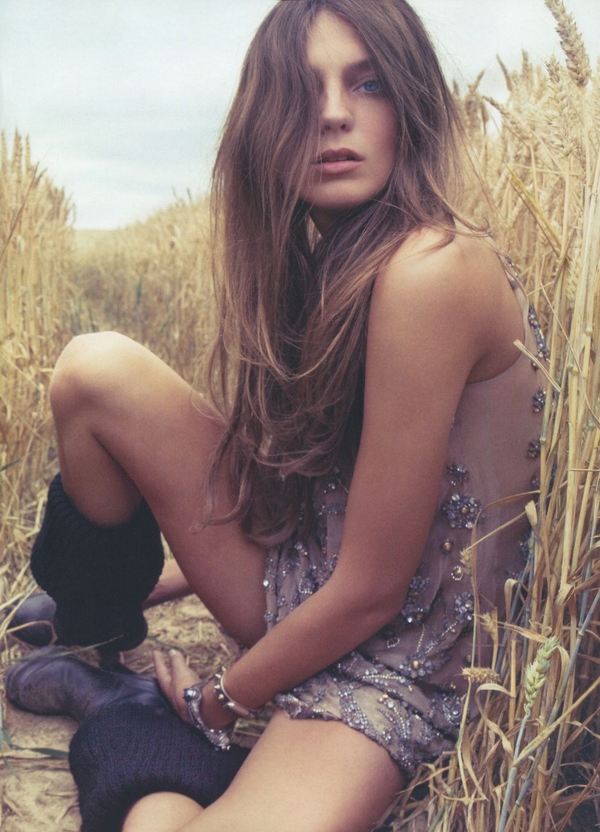 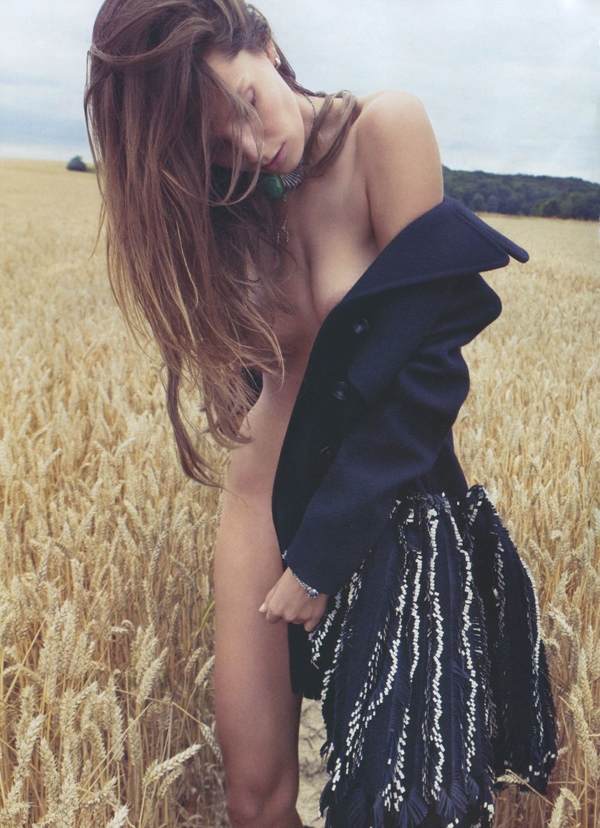 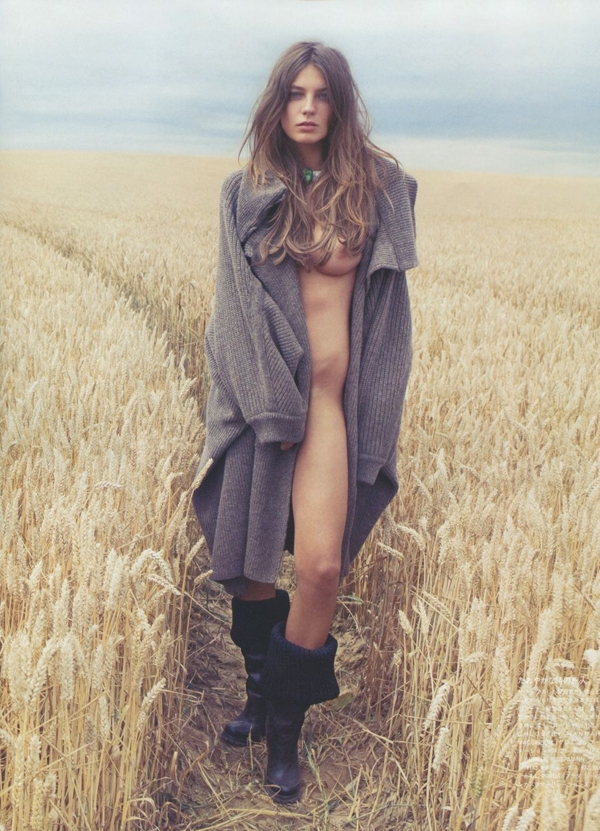 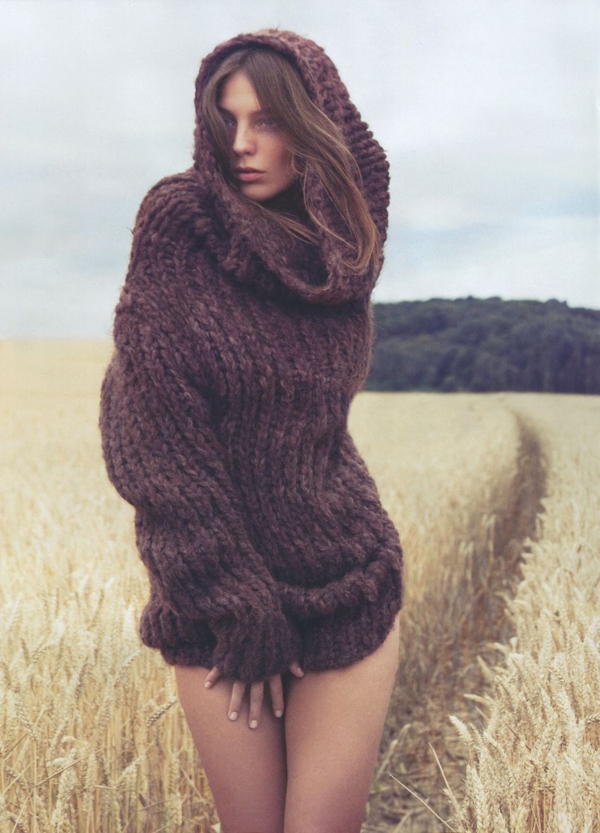 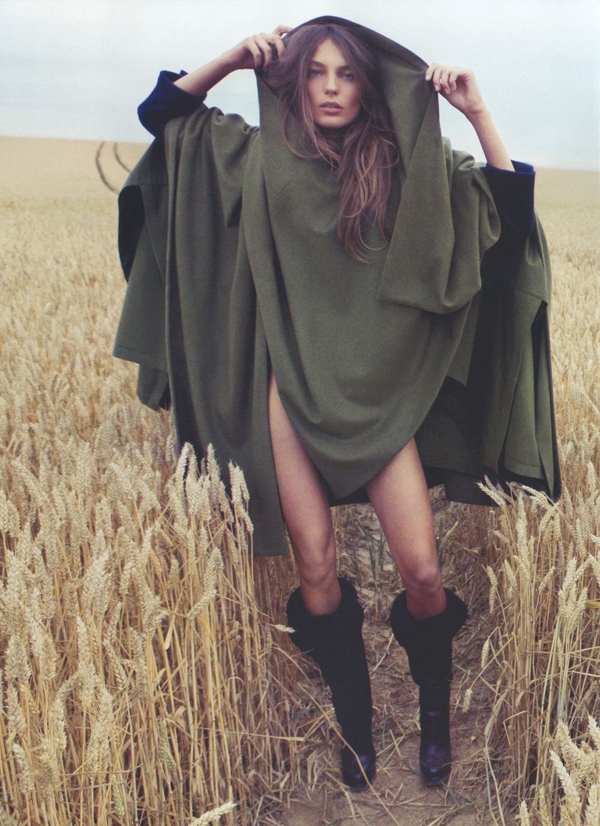