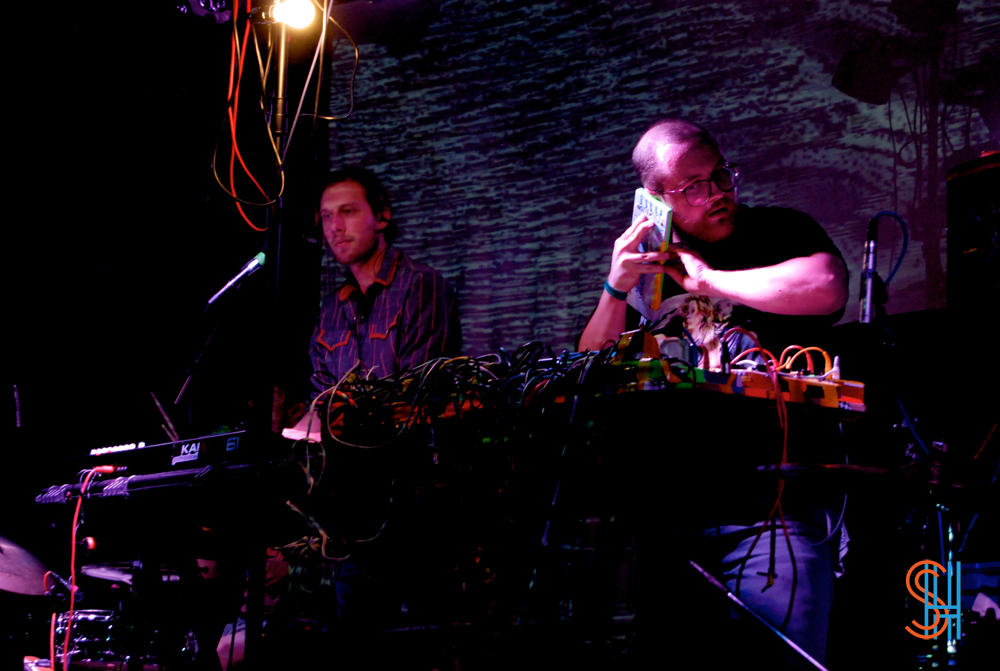 Fun. It’s a simple word and a basic idea, that in the mishmash of daily routine we sometimes forget is important. Luckily for us there’s artist like Cyndi Lauper and Dan Deacon to remind us that goofing off can be a good thing. For Torontonians, it was the  latter who despite Friday’s rainy night had us filled with sunshine.

The set began before Deacon had even set foot onstage, with Queen’s “Bohemian Rhapsody” blasting over the speakers. By “Mama, ooo,” a giant crowd sing along had begun. Dan Deacon (accompanied by two drummers and a ponytailed keyboard player) took the stage just as we sang the closing “anyway the wind blows…” This was just the beginning in an evening of hijinx.

Touring his recent release America (his eighth album to date) the set showcased the new album as well as a bit of his back catalogue of energetic electronic composition. The set was full of games and group activities, all lead by Deacon and all ending in a dance party. First was a meditation of sorts, in which Deacon ordered us to get down into proposal pose on one knee while also pointing to the ceiling, as we chanted about Rob Schneider. Happily we obliged. Next he had us forming a circle as select dancers showed off their moves in the middle. There were some slight hiccups as a railing throughout the venue broke apart the audience participation, but Dan and his crew did their best to problem solve and not let shit get in the way of a good time (a lesson one should try to apply to life).

Other fun things included a game of team follow the leader, one side of the crowd vs another…

And an iPhone app party. Yep. Dan Deacon has his own app, which puts on a light show activated by his own tunes.

Top that off with some crowd surfing and a Ludacris cover, all backed by some arty projections (ranging from mountain landscapes to Woody Harrelson’s face) and you’ve got one hell of a fun show. It was loud and it had love. With all that positivity it’s hard not to get hypnotized by all the good vibes. 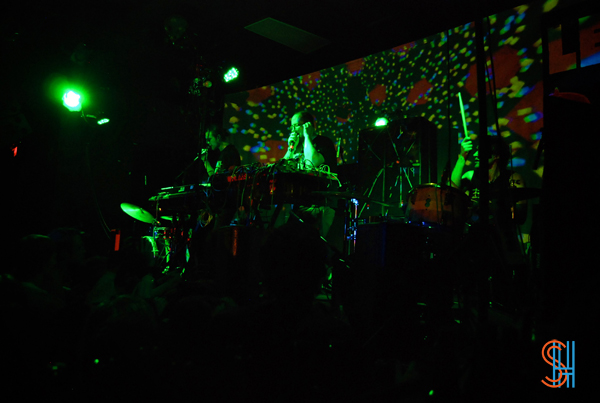 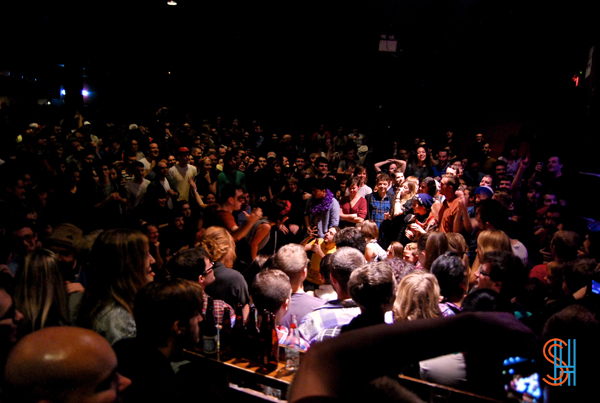 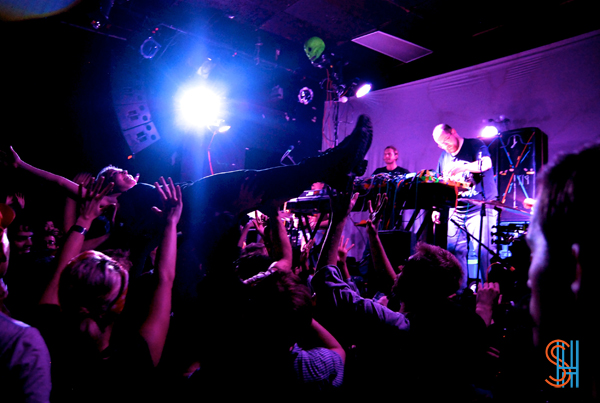 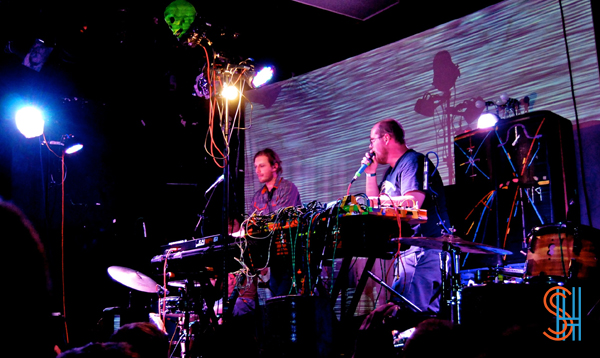