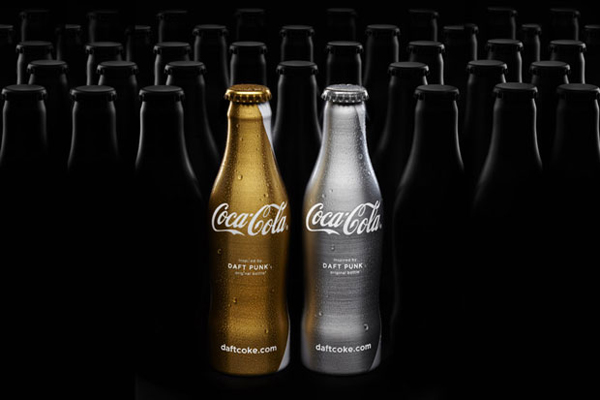 This is an interesting, yet in no way surprising collaboration between soft drink giant Coca-Cola and electro-house-dance KINGS Daft Punk. The Daft Punk x Coca-Cola collaboration is called the ‘Club Coke’ and will be available in two distinctive colourways, the colours of the French duo’s iconic helmets. The gold and silver bottles will be produced in a super limited run starting in March 2011, and will appear at certain clubs, packaged in a collector’s box as a set, and will be made available exclusively at colette in Paris.

The commercial below is the official ad that will air on French television and radio to promote the project, which is scheduled for March 4th 2011. I like the song… is it new?