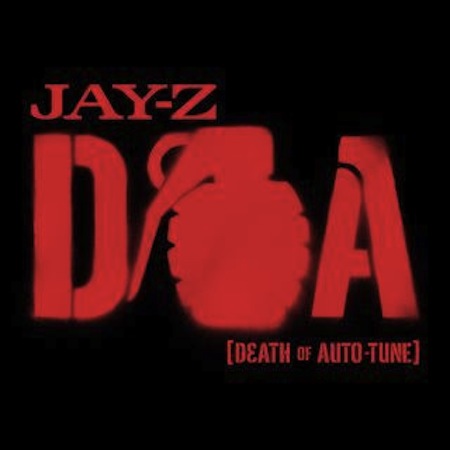 The new single and video from Mr. H to the Izzo himself, Jay Z. This track is cleverly titled D.O.A. (Death of Auto-Tune) and Jay seems to be going back to his ol’ school roots on this one. The production is handled by legendary hip hop beatsmith No I.D. with co-production from Kanye West.

I find it interesting and hopefully significant that Yeezy was involved in this track when his last album was all auto-tuned out, but then again the argument was that 808s and Heart Breaks was a singular piece of work centered around a particular theme and troubling time in Kanye’s life. More importantly it though in recent months the verses Kanye has been dropping of been sicker then the N1H1 virus so it looks like his new album is going to be an actual hip hop album.

However, that is besides the point, this new video from Jay Z is pretty good, LOTS of cameo’s in it, as per usual, and I really like the grimey looking quality it has, the song isn’t all that bad either. Now, I am a firm believer that Jay Z can do anything… but the idea of LeBron getting scored on by him is a hard one to accept. It is cool if they actually play ball together though.