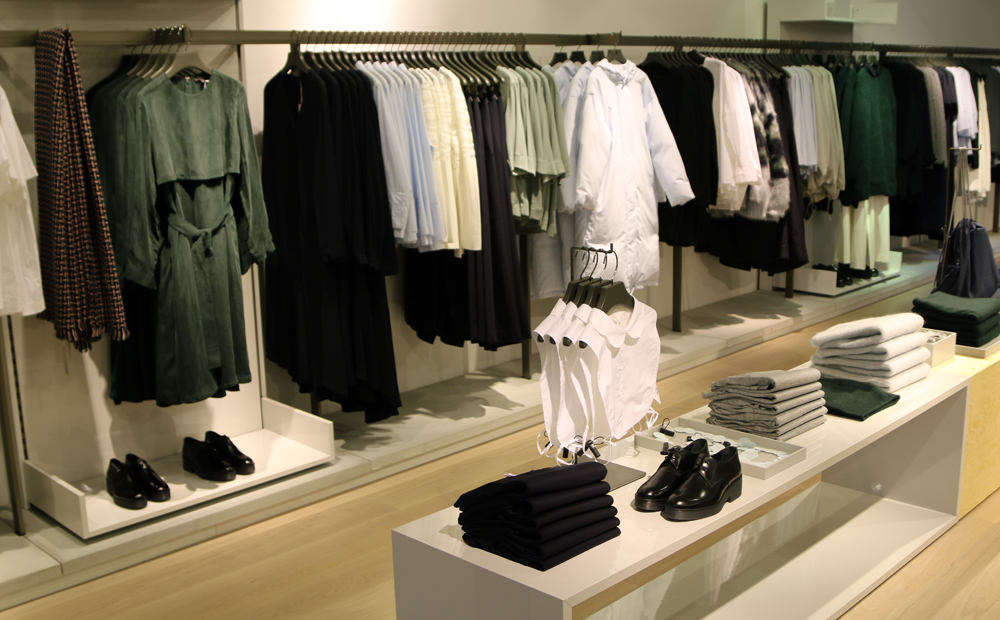 Toronto just got a whole lot cooler with the opening of Canada’s first ever COS store. Located in the Bloor Street building that used to house Tiffany & Co. for many years, COS offers up a totally different in-store experience than any other shop on the luxe shopping strip. With three floors of ultra contemporary apparel for men, women, and children, the space fuses natural elements like a charred wood facade with stylish modern interior features, which they worked closely with Scandinavian homewares brand HAY to produce. It’s like no other COS store you’ll visit from their 116 stores, due in part to the unique bones of the building and the exterior which they perceived using an ancient Japanese technique called Shou Sugi Ban, giving the wood a blackened appearance.

In case you’re unfamiliar with COS, let us break it down for you. It’s part of the H&M group, though you wouldn’t know it on first glance. It has a much higher price point (and is thus less trendy) from its fast fashion retailer sister and lends itself to the more timeless Scandinavian sensibilities of style. For autumn winter, COS features a Japanese inspired collection that teeters carefully between “calm and drama.” The silhouettes in the collection are both structured and delicately drapey, playfully pushing the limits of scale and proportion in a kimono-esque kind of way. The colour palette is described as glacial mixing soft blues and celadons, crisp whites and silvery grey referencing Olaf Otto Becker’s photography.

In addition to their Yorkville location, COS is set to open its second Canadian location in Montreal later this year. Explore the shop through our photos below and stop by the stunning space located at at 85 Bloor Street West starting today. 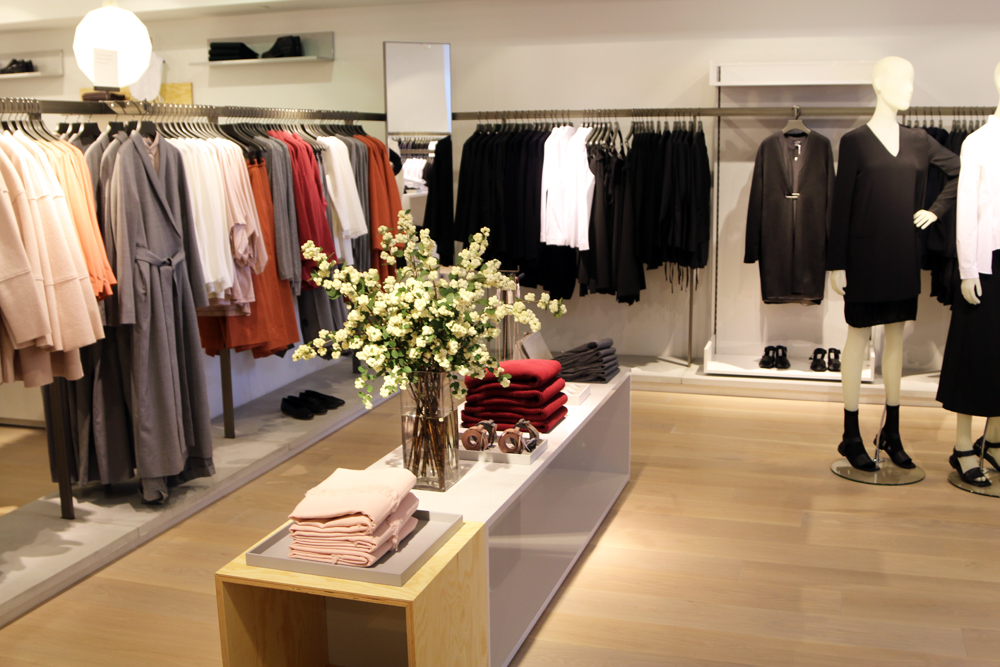 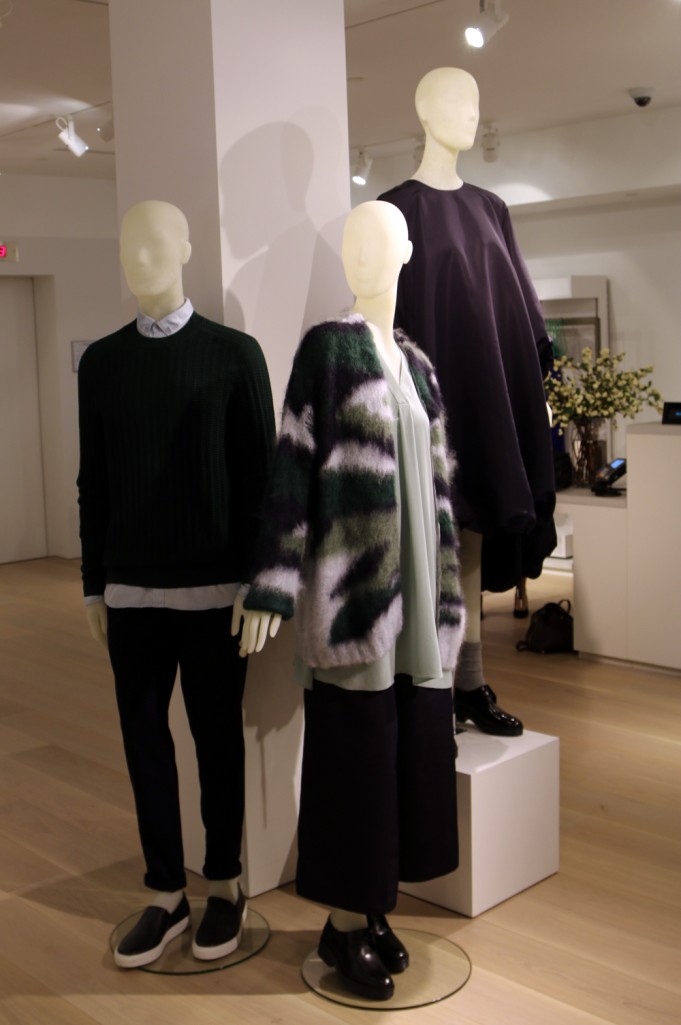 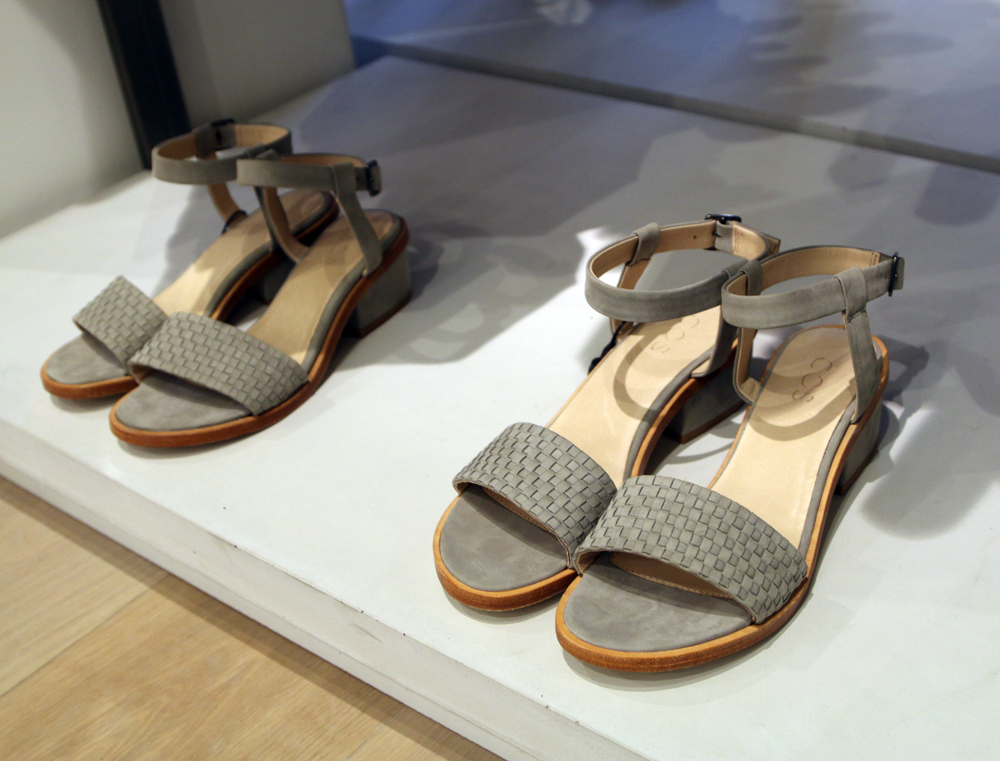 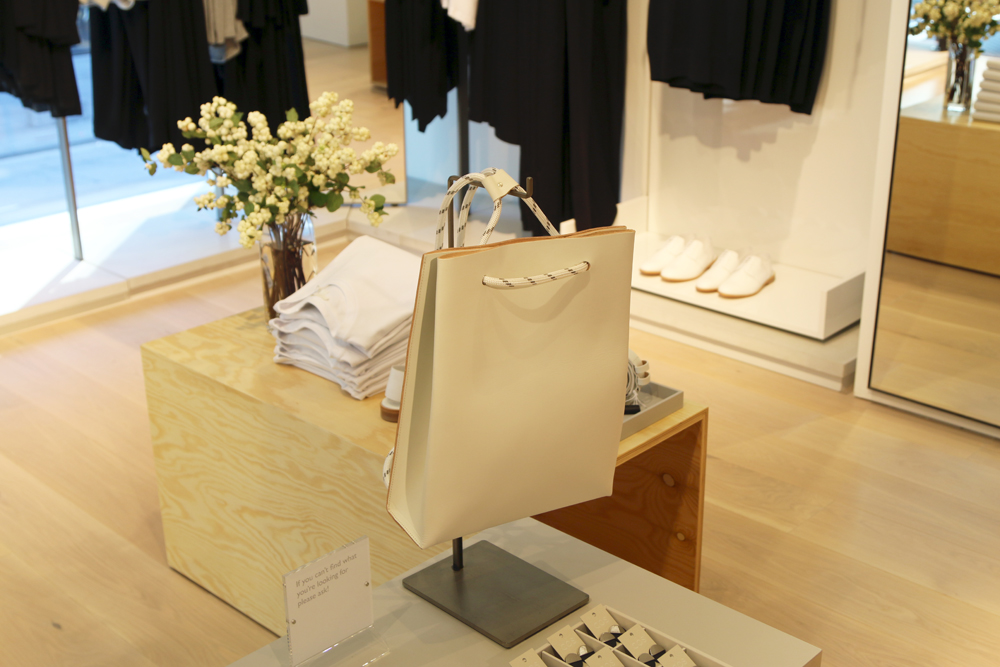 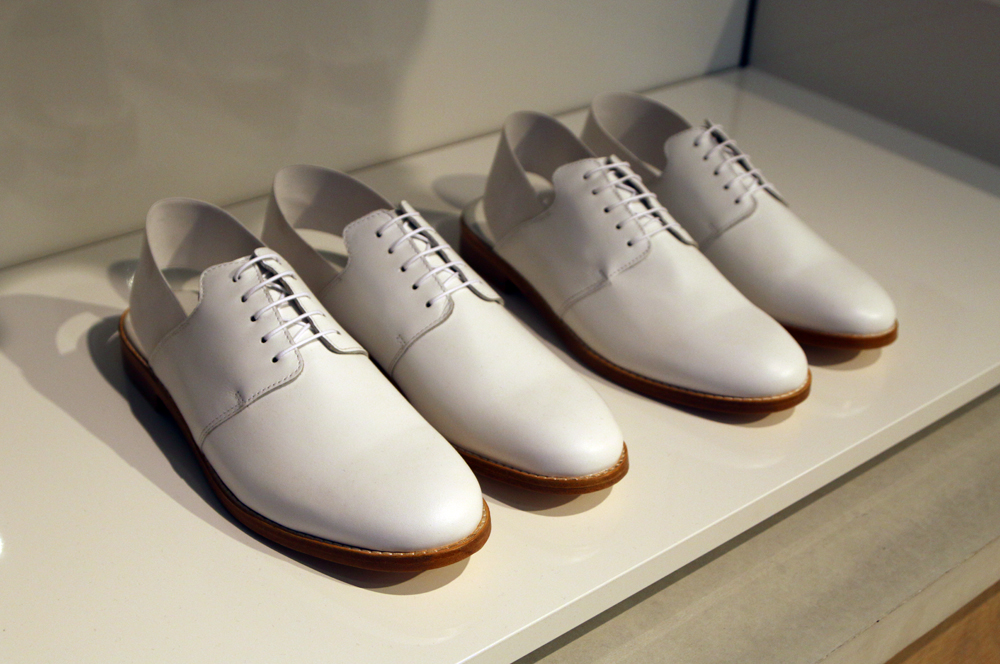 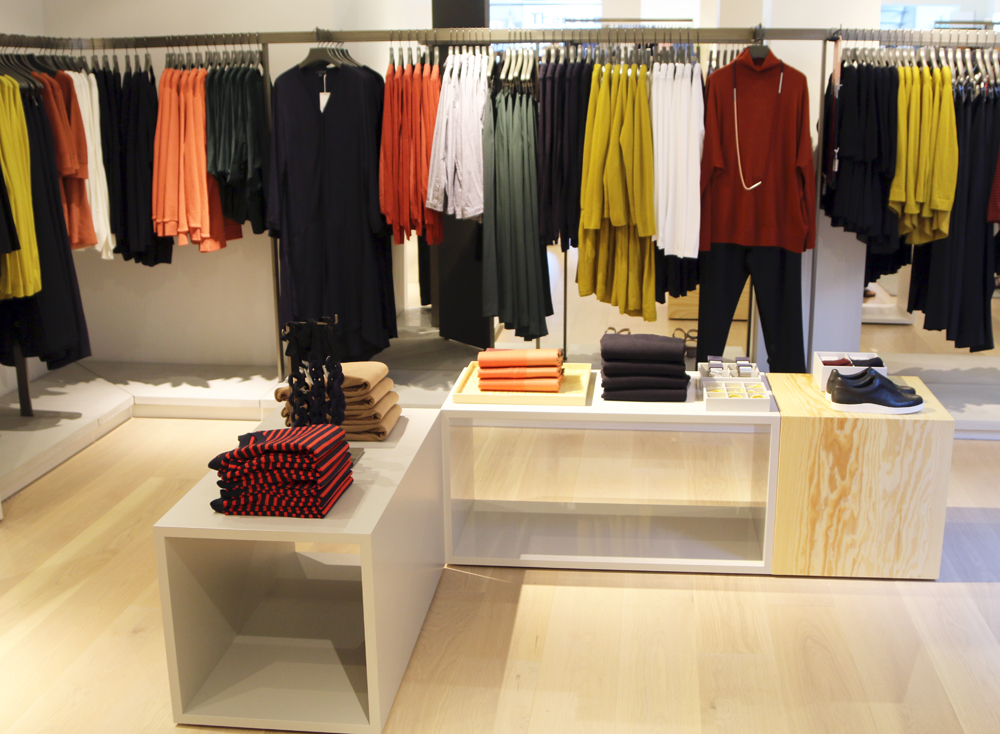 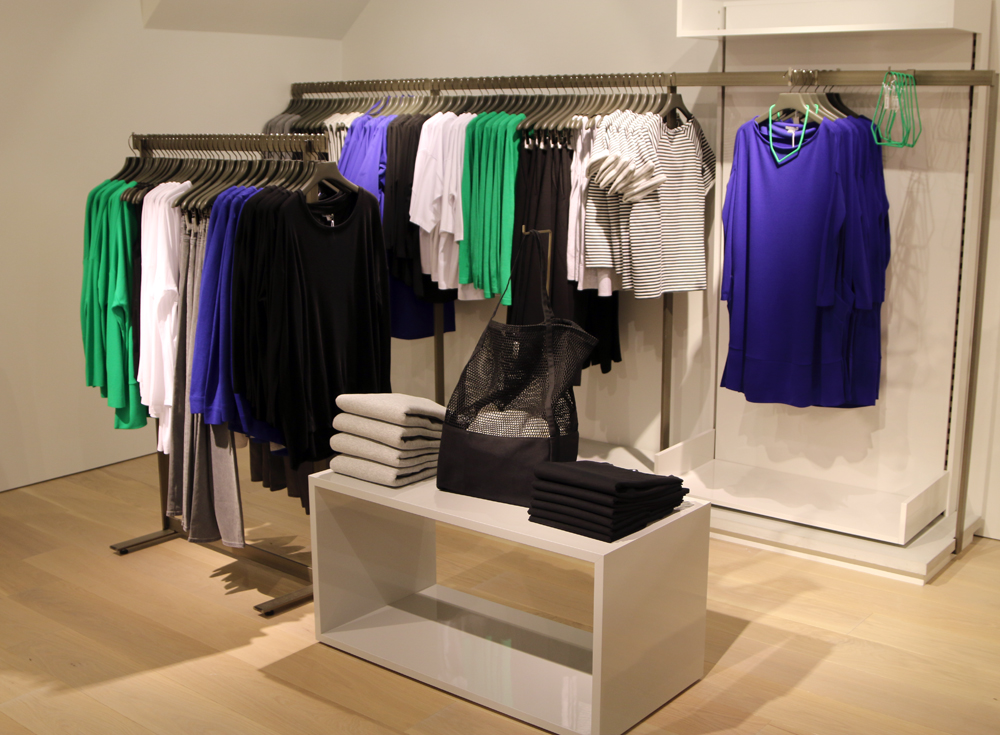 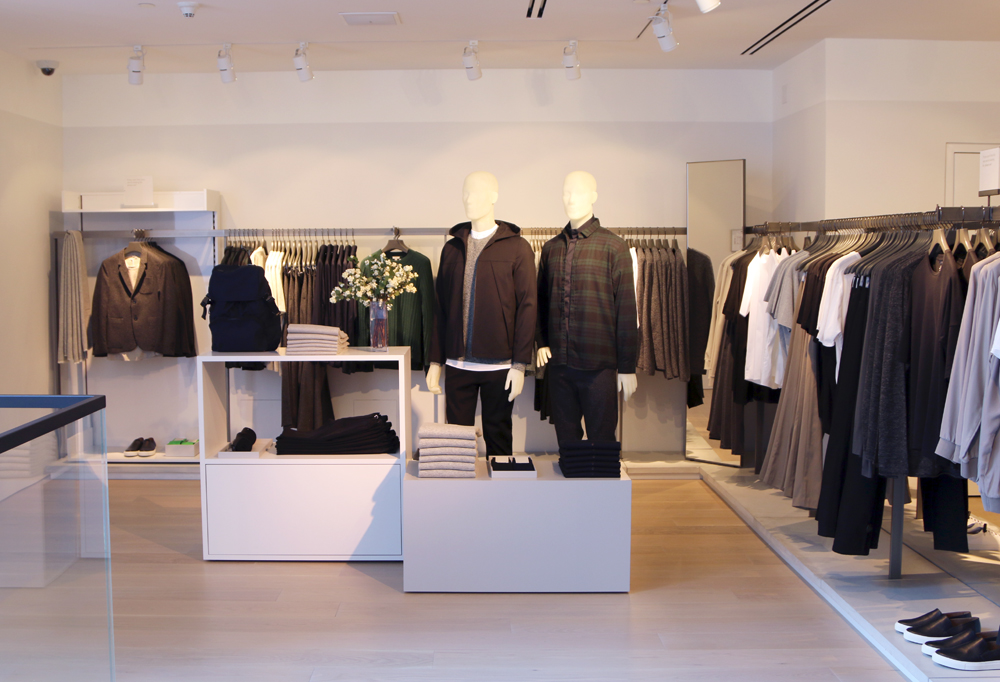