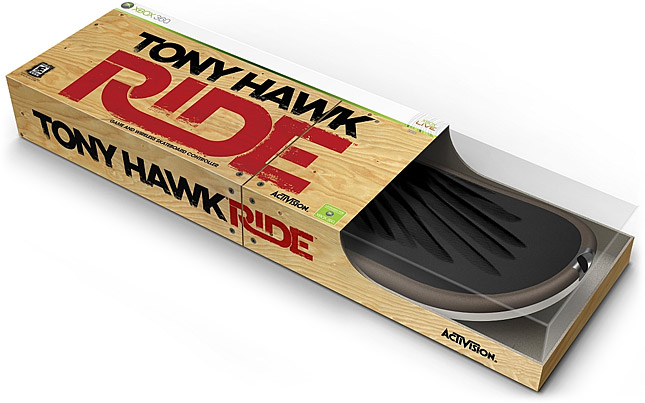 Remember that scene in Back to the Future 2 when Michael J Fox is in the future and he is riding the cool hoverboard, with the cool Nikes (that later inspired the Air Yeezy’s)? Well I do, because as a child that was my vision of the future, that was what I was holding out for.  Well it looks like we are another step closer with the release of the Tony Hawk: Ride video game from Activision which features a hoverboard-esque controller by the godfather of grind Tony Hawk.  The foot controlled skateboard controller features accelerometers and motion sensors that allow you to be physically involved in the game. The trick is to treat it as you would a normal skateboard, tricks and everything. The Tony Hawk: Ride will be released for Wii, PS3, and Xbox 360 for about $120 USD.