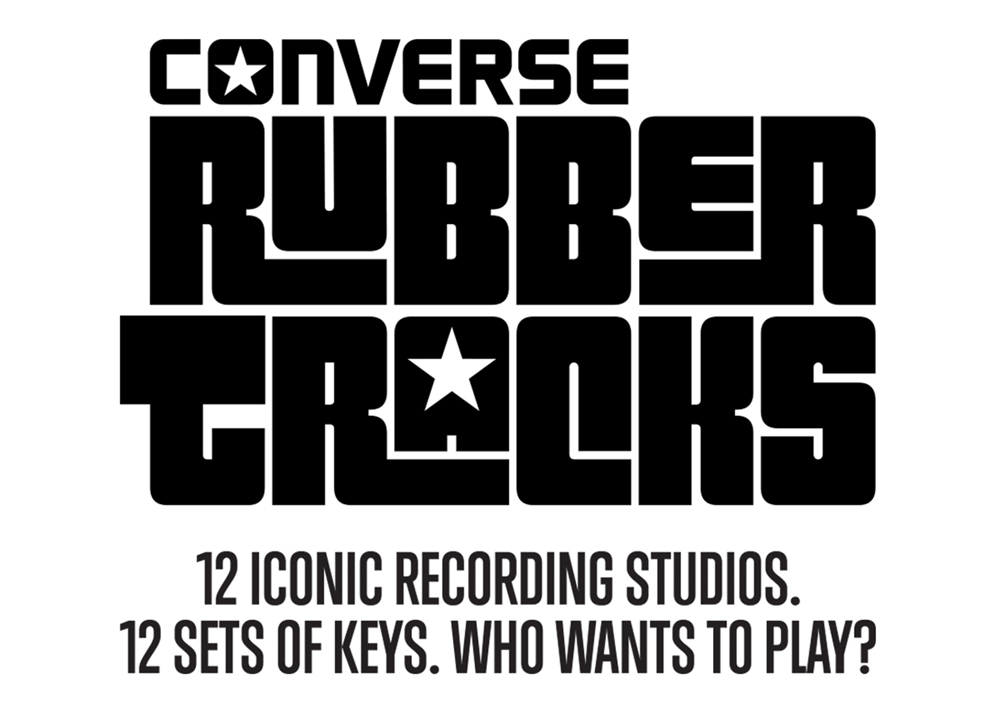 Good news all you aspiring musicians, Converse has just announced the global launch of a monumental new Converse Rubber Tracks program that opens the doors to some of the world’s greatest recording studios in music history. For ten consecutive days, Converse Rubber Tracks will activate across eight different countries in four continents, offering aspiring musicians the once-in-a-lifetime opportunity to record original music at 12 landmark studios, including  Abbey Road Studios in London, England; Sunset Sound in Los Angeles; Hansa Tonstudio in Berlin; Tuff Gong in Kingston, Jamaica; The Warehouse Studio in Vancouver, BC at no cost.

Global registration begins Tuesday, May 26 and runs through Wednesday, June 24, featuring an online submission process that requires applicants to rank their top three studio preferences, and encourages all to enter a brief artist biography or description via a video or written application. If selected, the chosen artists will be notified in early July. Following a thorough planning session with studio producers, artists chosen will be taken to one of their studios of choice in September this year, with most travel accommodations arranged and select expenses covered by Converse.

Starting May 26, emerging artists, bands, and musicians of all ages and genres across the globe can register for the rare opportunity to record at the following participating studios:

To find out more about Converse Rubber Tracks, or to learn more about how to register for one of the coveted sessions, visit: https://Converse-Music.com/worldwide