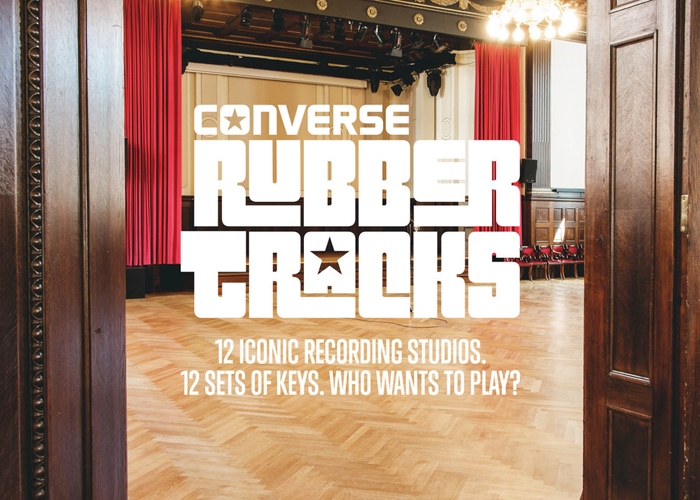 Today, the good folks over at Converse unveiled their selection of aspiring artists chosen for the new Converse Rubber Tracks global program. The program offers free recording time at 12 legendary recording studios around the world.  Throughout the registration period, over 9,000 up-and-coming international artists applied for this once-in-a-lifetime opportunity, and a total of 84 acts – representing 28 countries – have been chosen to record at the participating studios and become part of music history.

From the Canadian perspective, Vancouver’s The Warehouse Studio was chosen as one of the iconic studios that artists will record at, hosting guests from all over the world in our fair country. In addition, six Canadian bands were selected to take party this fantastic opportunity including BESTie, Smash Boom Power, The Belle Game, Wilde, Les Passager and The Lytics.

The Warehouse Studio in Vancouver, Canada;

and the second permanent Converse Rubber Tracks studio in Boston, Massachusetts, slated to open this summer.