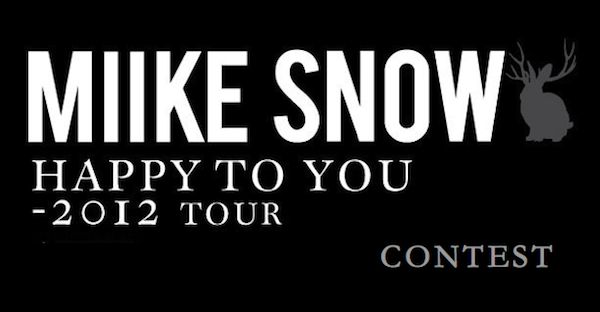 It’s been a few years since we first saw Miike Snow perform live, and fell in love with those intoxicatingly chill tunes, touring their self titled debut. Fast forward to 2012, they’ve just released their second album Happy To You and already have two performances at Coachella under their belts. We’re pretty excited for their return to Toronto next week with Penguin Prison, so, yet again, we decided to invite one lucky winner along to join us!

For your chance to win a pair of tickets to see Miike Snow on Tuesday May 1st, go ahead and hit that ‘like’ button on facebook, then tweet at us: “Yo @SidewalkHustle, give me those @MiikeSnow tickets!” (or something along those lines, you get the idea, right?) by Saturday April 28th (be sure to follow us otherwise we won’t be able to let you know you’ve won). Don’t have twitter? Leave us a comment below or over on Facebook! The winner will be announced on Sunday April 29th and notified by e-mail. 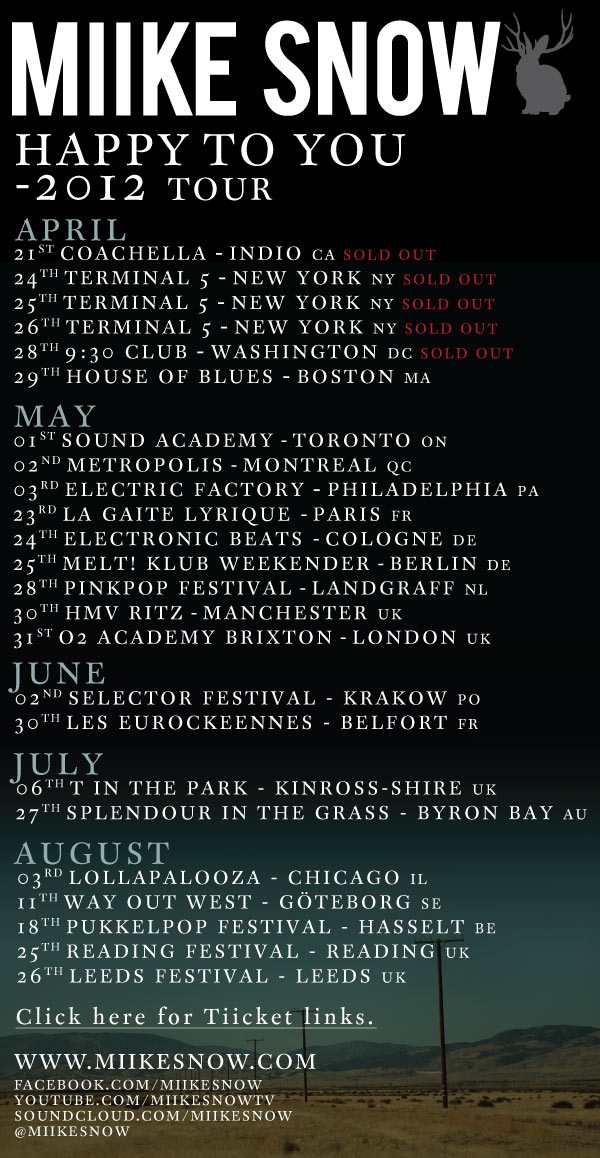