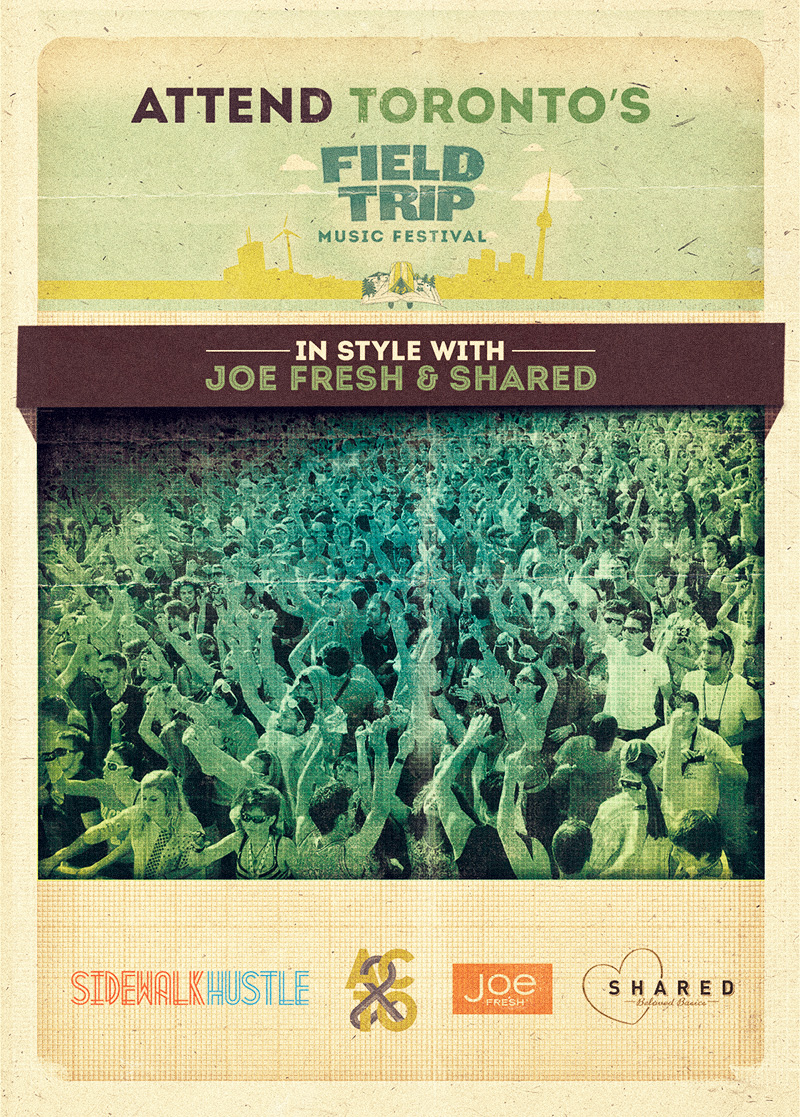 As the weather begins to get steamy in Toronto we’re getting super pumped for our local festival season to start and the first of the season is Field Trip Festival. Taking place at Fort York next weekend, presented by the great local label Arts & Crafts, the festival boasts names like Feist, Bloc Party, Broken Social Scene, Stars, Ra Ra Riot, and Timber Timbre to name a few.

It’s one of the best and well presented new festivals Toronto has seen next to the upcoming NXNE and Toronto Urban Roots Festival taking place shortly after Field Trip. A fine continuation of their 10th anniversary celebration which has been marked through the release of their label retrospective compilation, a collaborations album called X, a line of limited edition tee’s with Jeremy Laing and an art exhibit featuring Norman Wong’s prolific photos of their artists for the past ten years.

Because we’re so excited about the festival and want to make sure you attend in style, we’ve partnered with the festival, our good friends at Joe Fresh, and Shared for one heck of a giveaway!

We’ve got a grand prize of two general admission tickets to the festival along with a $100 Joe Fresh gift card, as well as a second prize of a pair of tickets and a Field Trip x Shared festival t-shirt. Enter below and come jam with us Toronto!