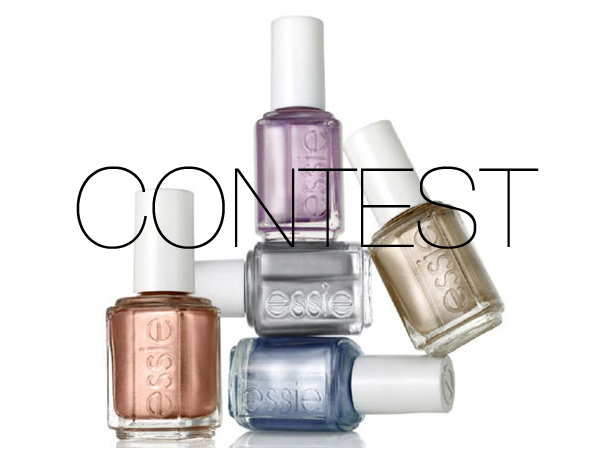 We’re less than two weeks away from the London Olympics and we’re getting geared up metallic style with Essie’s new Mirror Metallics collection. In fact, we’re so filled with olympic fever, we’ve decided to hook three lucky readers up with all five colours!

Weather you’re partial to rose gold, silver, galactic blue, or bronze, the cutely named colours like “No Place Like Chrome”, “Blue Rhapsody”, “Nothing Else Metals”, “Good as Gold”, and “Penny Talk” cover all the bases.

So are you feeling like a winner? Go ahead and like us on facebook and while you’re there leave a comment and share the contest post with your friends (they’ll probably want to enter too, right?). Then follow us on twitter and tweet: “I want to win @EssieCanada’s Mirror Metallics collection from @Sidewalk Hustle” (or something along those lines, you get the idea, right?) by Saturday July 21st at midnight (be sure to follow us otherwise we won’t be able to let you know you’ve won).

Don’t have twitter? Leave us a comment below or over on Facebook! The winner will be announced on Sunday July 22nd and notified by private message, e-mail, or direct message.

PLEASE NOTE: The contest has now closed. Congratulations to our winners: Sabrina Tricarico & Vanessa Grillone (from twitter) and Barbara Goode who commented on Facebook!