Contest: Win a Miike Snow ‘Happy To You’ Album 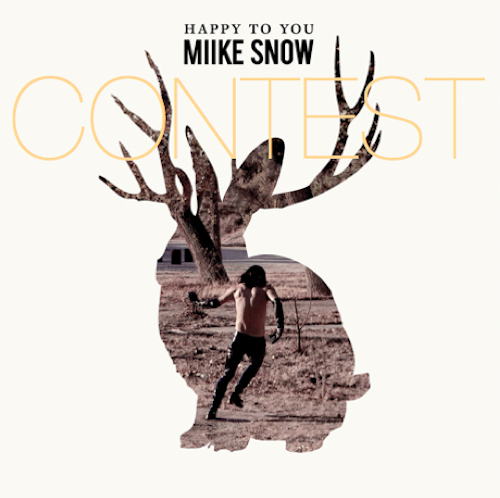 The new Miike Snow album Happy To You dropped officially earlier this week and we’re really digging the progression in sound from their 2009 self-titled debut up to now. You’ve seen the videos for “Paddling Out” and “The Wave”, and but if you haven’t heard the new album in full yet don’t fret, we’ll hook you up!

That’s right, we’ve got four copies of Happy To You for some lucky winners out there. To  snag one for yourself, all you have to do is send in a tweet on Twit­ter by saying: “Hey @SidewalkHustle, throw a @MiikeSnow record my way!” by Thursday April 5th. Be sure to follow us otherwise we won’t be able to let you know you’ve won. Bon chance!