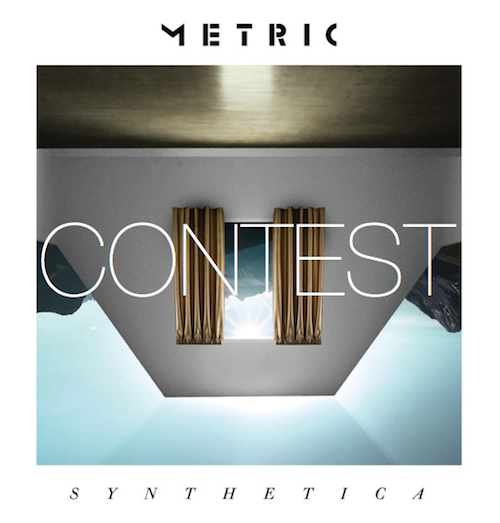 You’ve read our review of Metric’s brand new album Synthetica which drops on June 12th and you’ve heard the album stream. It’s safe to say, if you’re a fan of Metric, you’re at home right now looping the album stream, right? And you’re probably thinking, “I bet this would sound better on vinyl”.

Well then, have we ever got a contest for you! We’ve got five vinyl copies of the record ready and waiting for some lucky readers to win!

To enter, go ahead and like us on facebook and while you’re there leave a comment and share the contest post with your friends (they’ll probably want to enter too, right?). Then follow and tweet at us: “I want to win @Metric’s #Synthetica on vinyl from @SidewalkHustle because _______” (a little sentiment goes a long way) by Wednesday 13th at midnight (be sure to follow us otherwise we won’t be able to let you know you’ve won).