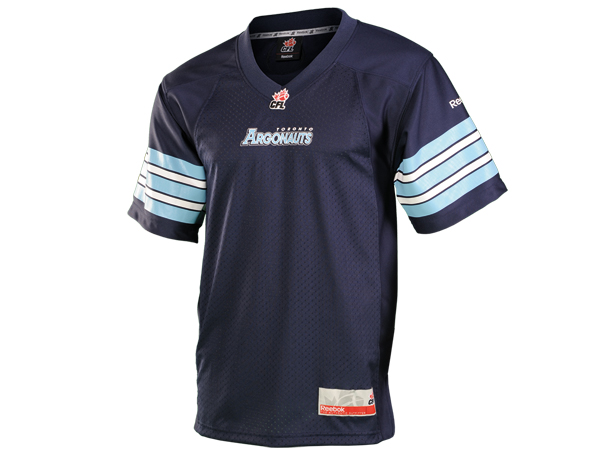 In honour of the 100th anniversary of the Grey Cup, the CFL and Reebok have launched a brand new jersey. Reebok is also expanding its jersey line for fans by offering a new Premier jersey, inspired by the on field jersey but with a lifestyle fit. The new model is made of a double polyester mesh for improved durability, moisture wicking technology, a slimmer fit, lighter, and improved resiliency. Basically they are sick jerseys!

According to Stewart Clark, Marketing Director at Reebok Canada: “Reebok wanted to offer a new version of the fan jersey that’s as close as possible to those worn on the field. We’re delighted with the results and I think we can honestly say mission accomplished!”

The Premier jerseys are available now via the CFL online store as well as at Sport Chek, Sports Experts, River City Sports, Jersey City Canada and other select retailers at a suggested retail price of $109.99.

Because we love us some football, and Reebok, we here at Sidewalk Hustle want to hook you up with the Ultimate Reebok-CFL Fan Prize Pack! The prize package includes:

So do you want to win the Ultimate Reebok-CFL Fan Prize Pack? You can also enter by following and tweeting at us: “I want the Ultimate @ReebokCanada / CFL Fan Prize Pack please @SidewalkHustle” (or something along those lines, you get the idea, right?). AND/OR go ahead and like us on facebook and while you’re there leave a comment and share the contest post with your friends (they’ll probably want to enter too), by Saturday June 30th at midnight (be sure to follow us otherwise we won’t be able to let you know you’ve won). Good Luck!