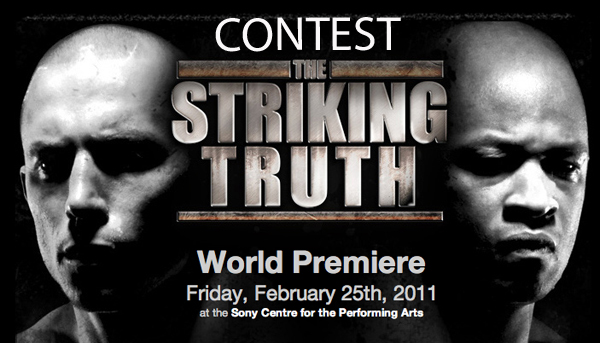 We’ve been talking about it for a couple of weeks now and the day is quickly approaching, the world premiere of THE STRIKING TRUTH, here in Toronto. This film fellows the lives of two fight­ers, UFC cham­pion Georges St-Pierre and MMA fighter David “The Crow” Loiseau, over the past four years. This film is going to be incredible!  The pre­miere of The Striking Truth will be held on Feb­ru­ary 25th, 2011 at The Sony Cen­tre for the Per­form­ing Arts in Toronto and Georges St-Pierre will be at the pre­miere! This is your chance to engage in a Q&A with the Champion himself, and its not to be missed!

If you would like to win one of two pairs of tickets to the world premiere of The Striking Truth, simply tweet “Hey @SidewalkHustle, I want to attend the world premiere of the @strikingtruth because ______  #TSTTO” AND “Like” us on Face­book. Easy right? Well get to it!  The contest will close Thursday night at midnight and winners will be announced Friday Morning. 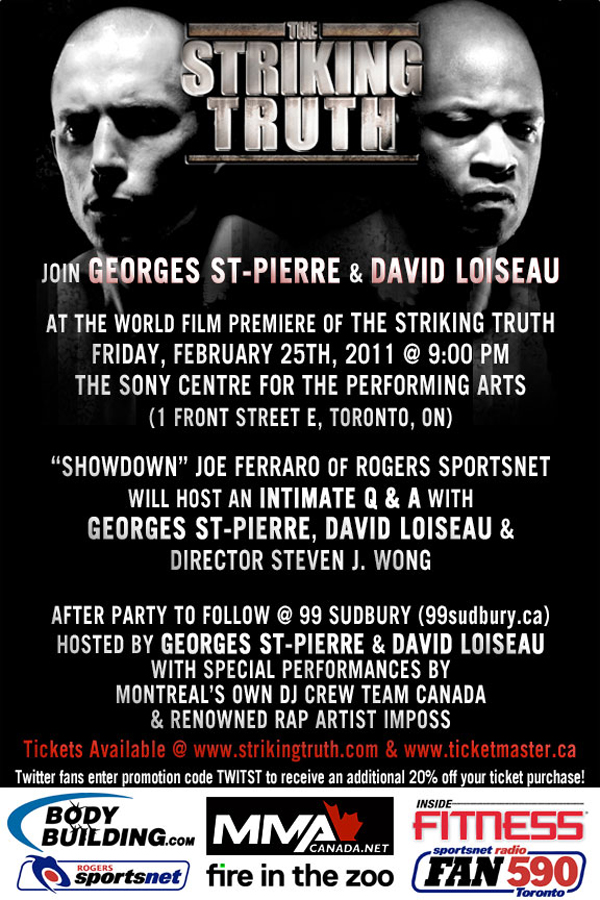