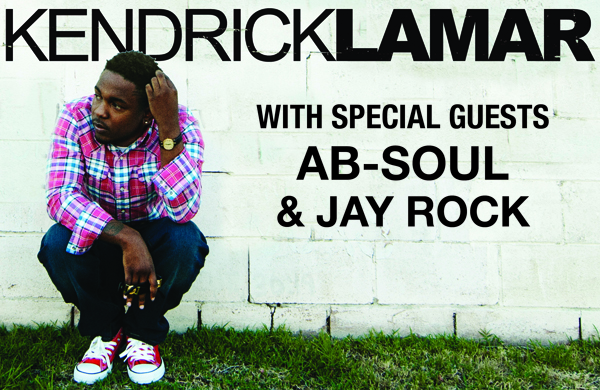 The ferociously talented, Dr. Dre co-signed, L.A. rapper Kendrick Lamar  is currently on tour, bringing his brand of awesome to a town near you. Speaking of a town near you, Lamar and his Black Hippy Crew will be rolling through Toronto on Wednesday September 19th at the Sound Academy alongside AB-Soul and Jay Rock and we want to send YOU!

So if you are feeling lucky go ahead and like us on facebook and while you’re there leave a comment and share the contest post with your friends (they’ll probably want to enter too, right?). Then follow us on twitter and tweet: “I wanna win tickets from @SidewalkHustle to see @KendrickLamar @AbSoul & @JayRock at Sound Academy!” (or something along those lines, you get the idea) by Friday September 14th at midnight (be sure to follow us and leave us a comment otherwise we won’t be able to let you know you’ve won).

Don’t have twitter? Already follow us and want to stand out extra hard? Leave us a comment below or over on Facebook! The winner will be announced on Saturday September 15th and notified by private message, e-mail, or direct message.

Super anxious and can’t wait until Friday to see if you’ve won? Then Buy yourself some tickets here! This show is going to be one for the books!

* THE CONTEST IS NOW CLOSED. 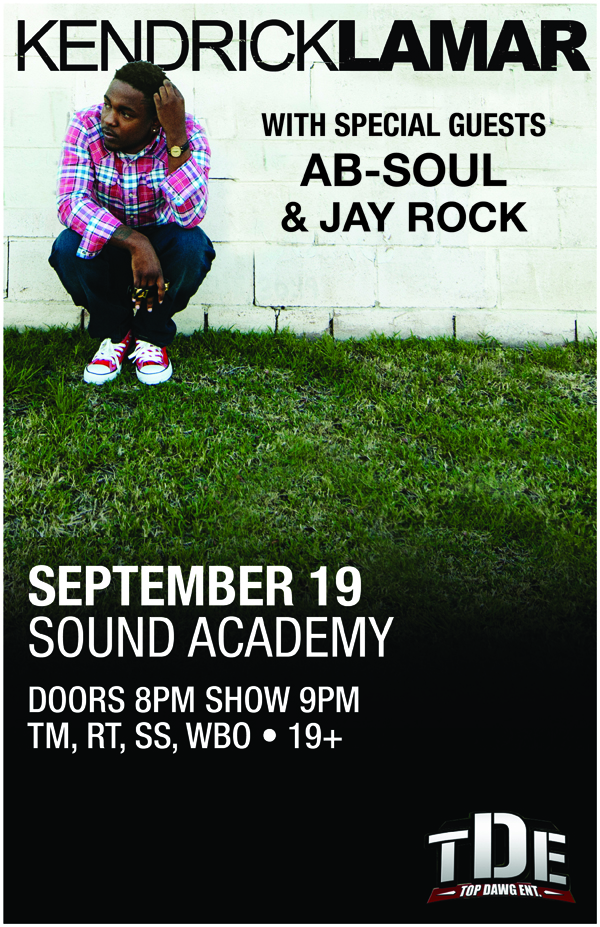