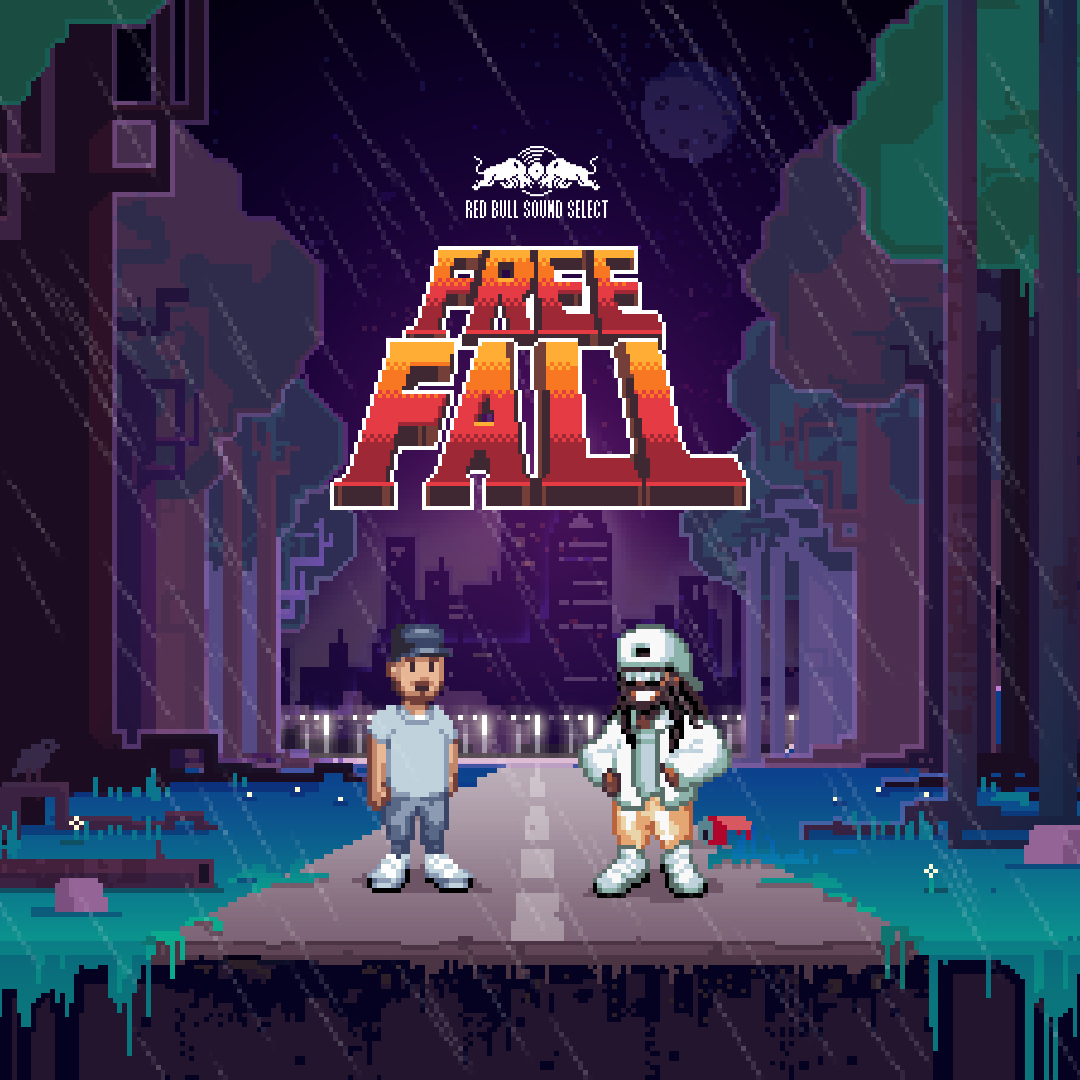 The game maintains an exciting modern flare while channeling all the greatness of 8-bit nostalgia.

You can choose to play as either Connor Pearson or D.R.A.M. as you soar through the air to the soundtrack of “Free Fall,” collecting stacks of money and guitars while avoiding broken hearts and poop emojis.

Play it now at freefall.redbullsoundselect.com.