Concert Review: TV On The Radio at Sound Academy 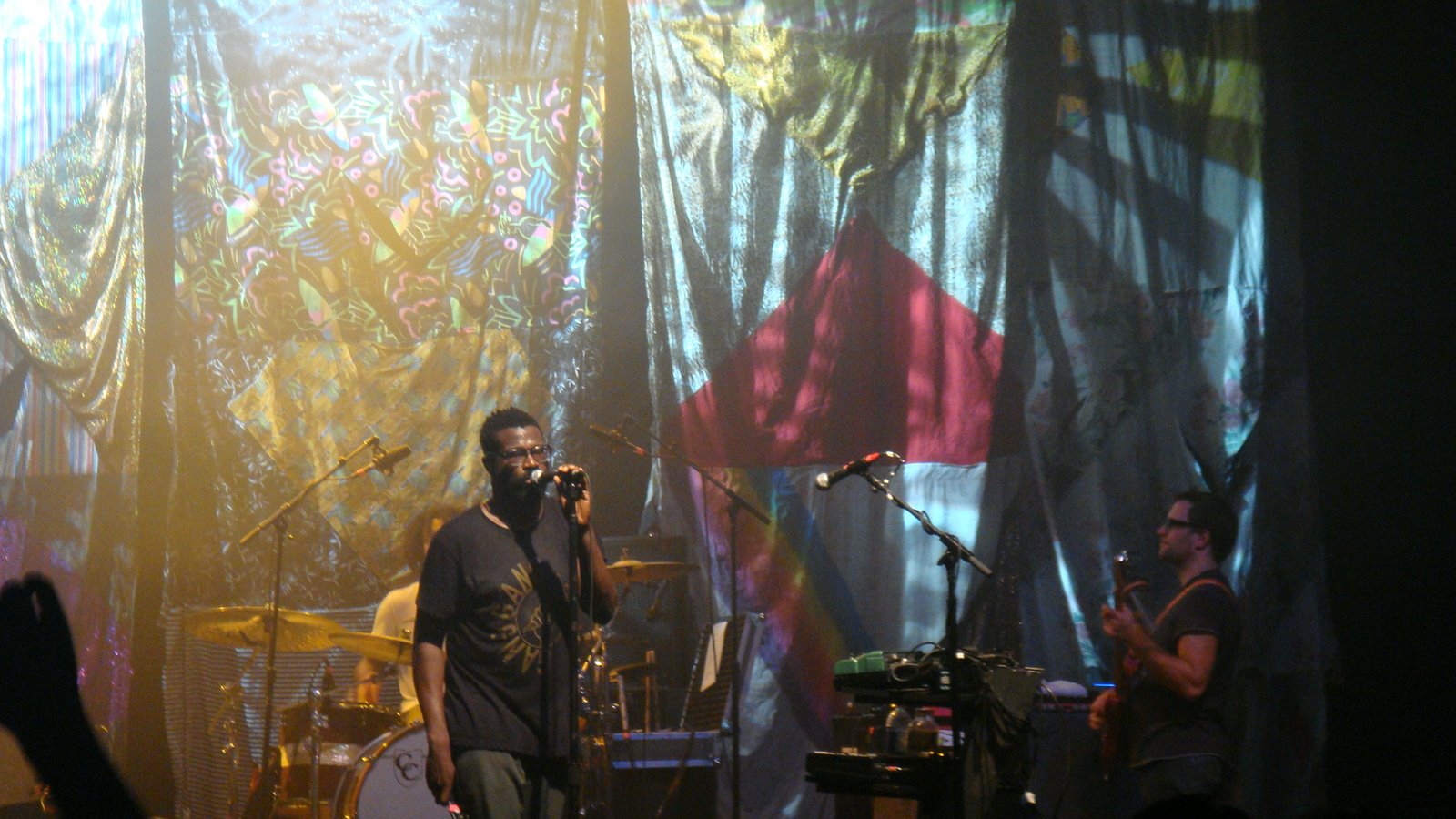 Last night I went to see TV on the Radio live in concert (as my previous posts have told you) at the Sound Academy in Toronto, down by the waterfront. I have been looking forward to this show for over a year and a half now. The last time I saw TV on the Radio I was blown away by their incredible stage presence, and was very eager to see them again. The last time they came through town I had purchased my tickets the day the show was announced, hoping that when the day actually arrived I didn’t have any other obligations… you see I was still in school at the time. Well as luck would have it, the night of the show was the same night I had a huge essay due. TVotR was set to take the stage at 10 and my essay was due at midnight. Since I completely lack the ability to produce and write anything of academic worth unless there is a looming deadline, I had not written a single page until the day of. Sadly I had to give my ticket away, it was one of the only times I regretted my terrible academic work ethic.The last time they rolled into town was about a month before the release of their newest album offering Dear Science, and for some reason had zero promotion and/or hype and went by unnoticed. I remember saying one day… “Oh! I think the TV on the Radio show is soon,” raced over to my computer to check and discovered much to my horror that it had taken place the previous night… I am still kicking myself over that one. So like I said, I was very very eager for this show.

I was eager to arrive early to this show, because the layout of the Sound Academy is long instead of wide, which means that if you aren’t careful you are way at the back of the venue. Squinting distance away. The other reason for the prompt arrival was to see the opening band, the Dirty Projectors. These Brooklyn favourites have been getting a lot of press recently, especially due to their recent collaboration with David Byrne of Talking Heads fame on the Dark Was the Night benefit album. Their performance was stellar, I was super impressed, so much so that we instantly decided to hit up their headliner show at the much more intimate Lee’s Palace on June 24th. Be there!

Once the Dirty Projectors had warmed up the full house of about three-thousand people, TV on the Radio took to the stage, and all hell broke loose. It is hard for me to describe the awesomeness that is TVotR live so I will keep it short (after all this long description… I know). After about five or six songs Kyp Malone, the dude with enormous beard shoutout “we were just in Winnipeg and it seems like they liked to party harder then you guys” which is probably the worst thing to ever hear when you love in Toronto. Mind you Toronto is notorious for being the screw-faced, no movement, looking like you are bored at shows kind of city, so I almost wonder if there was a bit of that. But let me tell you, have that was said ever one was going bonkers, dancing, singing, freaking-the-fuckout!, it was beautiful to behold. Their energy was electric and everyone was feeling it.

I noticed something last night which really is a sign of the times. Both bands, consisting of six or more members and a plethora of different instruments, had an Apple computer somewhere on stage with them. It was usually somewhere close to the keyboardists, but it was there nonetheless. I thought this was interesting, and it is an image that has really stuck with me. throughout the day, and goes to show how inter-dependent we all are on technology, it’s a helluva thing.

Now I know this description of the evening end a little anti-climatically, but it really is silly to go into the minute details of the actual performance. Instead look at the pictures, and do yourself a favour and go see them live, and while you are at it check out their webpage it is cool. 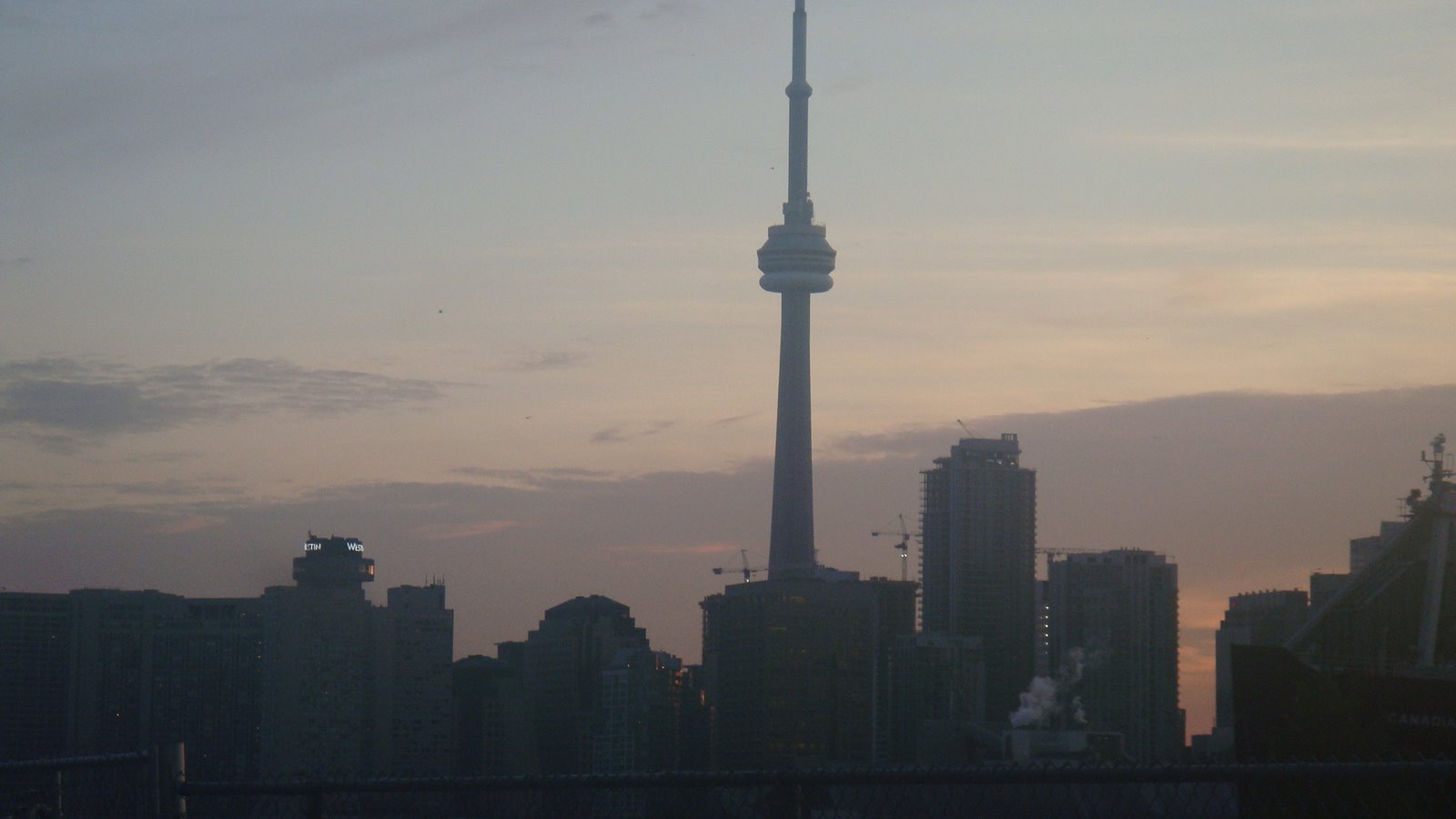 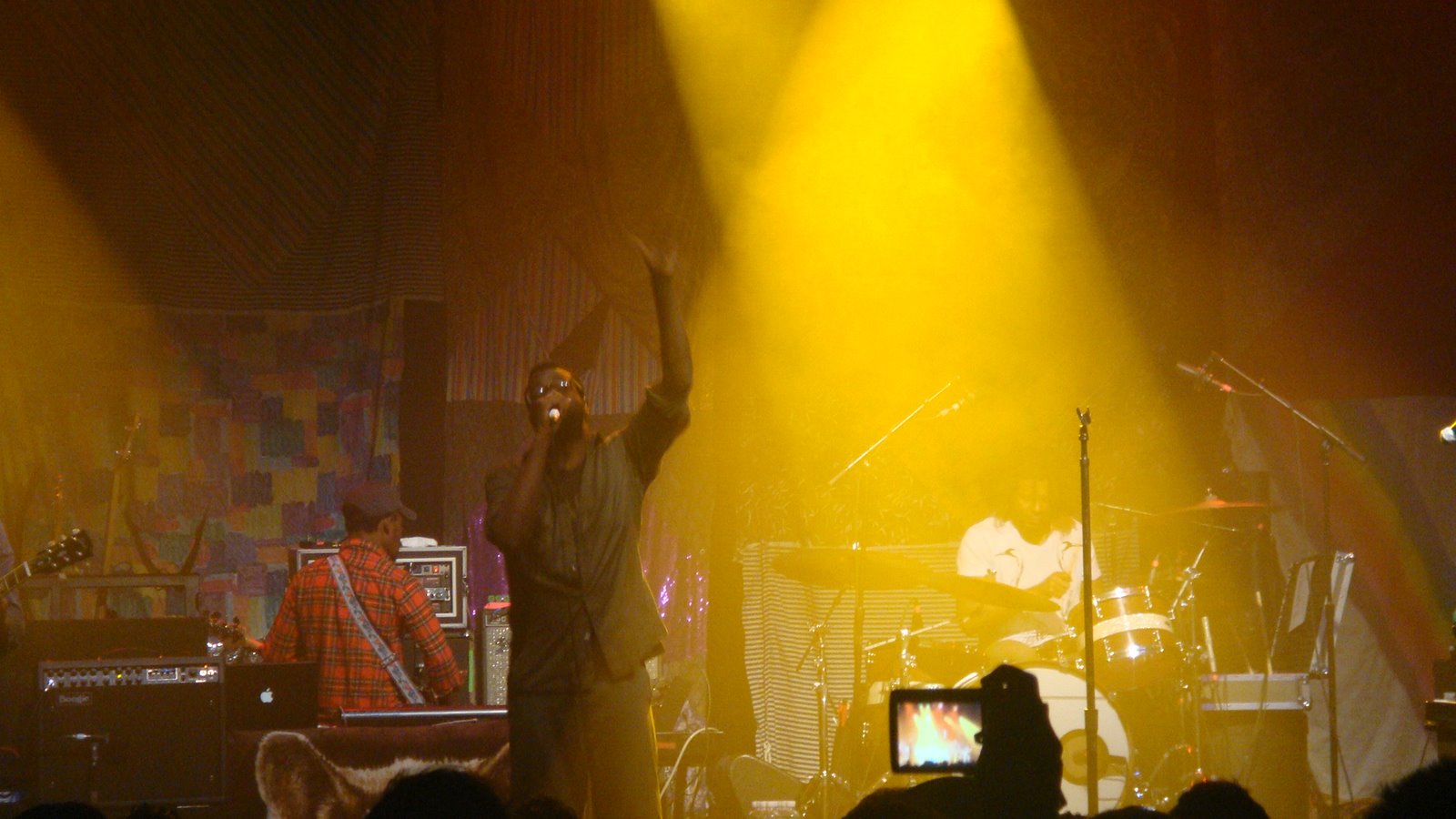 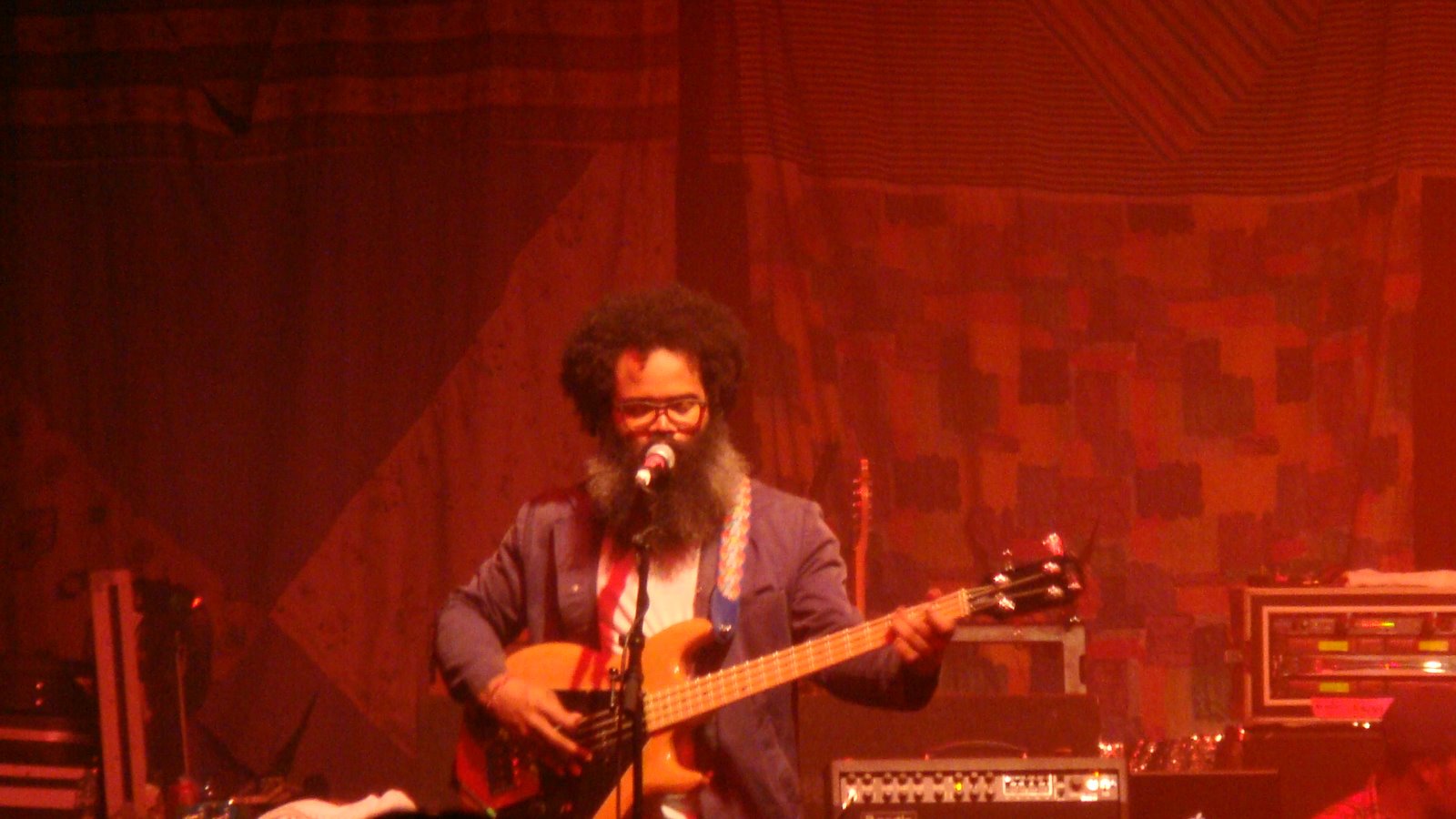 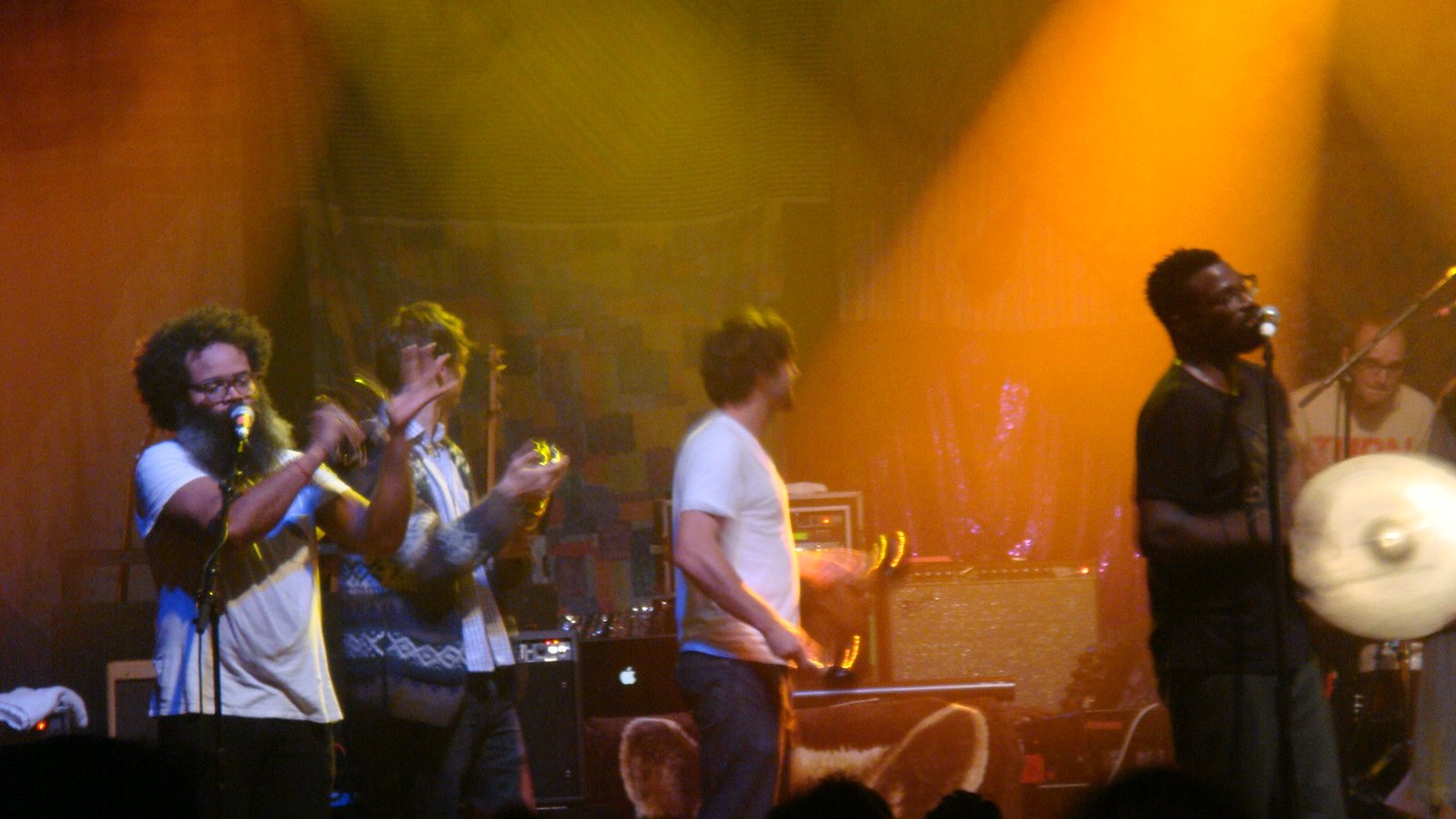