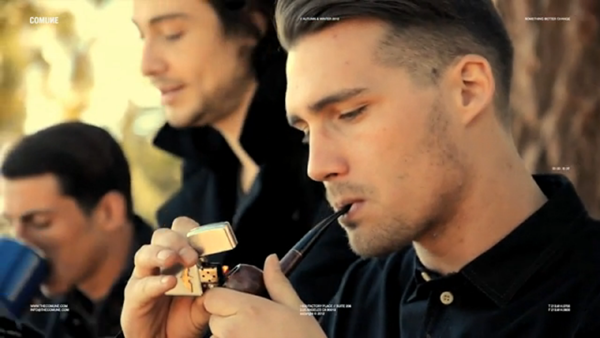 In anticipation of their upcoming Fall/Winter 2012 collection, COMUNE gives us an early look at an assortment of pieces from their upcoming seasonal installment. Matching the aesthetic of the brand’s rock-inspired modus, the label has dropped a very well-shot video highlighting a range of apparel and accessories. Set in the deserts east of Los Angeles, the footage was captured while the COMUNE team ventured out on a 16-hour journey, cameras in hand. Here’s what the boys had to say about the video:

This past winter a few of us here at COMUNE went on a 500 mile journey through the mountains and the deserts east of Los Angeles. Armed with multiple maps and a variety of cameras we went out on a 16-hour adventure to scout the locations for our A/W 12 look book. We found that each location had its own singular spirit and we felt an extraordinary oneness with nature.

The next day as we began to compile the images, the story began to render itself. We realized that the journey we had taken was so profound that we wanted to mimic this experience for our look book and short film.

From the top of the world feeling up in the snowing mountains at ten thousand feet, the large rock boulders that formed by ancient glaciers, and through the old souls of the Cholla cactus gardens; this was an incredible expedition that we are very proud to share with you.

Enjoy this as well as the behind the scenes video coming soon.