‘Common’ is Shaping the Way We Live Together 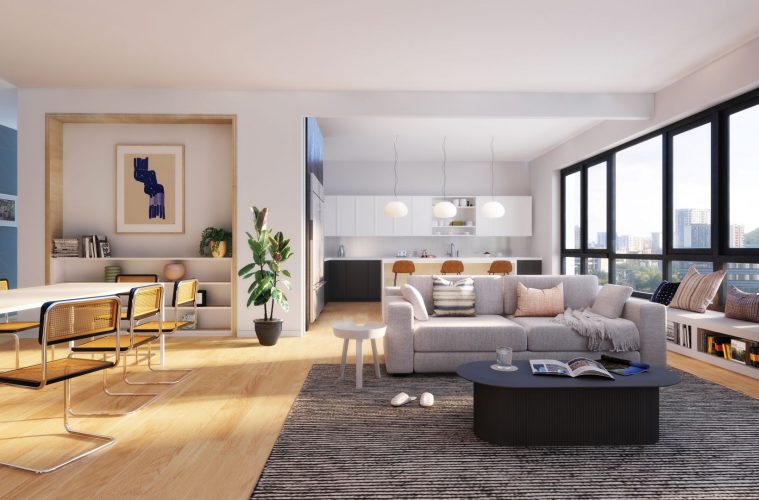 Living with roommates isn’t always the option we want, but we’d be kidding ourselves pretending it’s not part of the plan in big cities, especially cities like New York. That’s why Common has become so popular: it’s affordable coliving for urban dwellers.

New York is the true home of Common, but the company has expanded its properties to San Francisco, Washington (DC), Seattle, Chicago and Los Angeles. Common will also be launching in two Canadian cities, Ottawa and Toronto, soon. 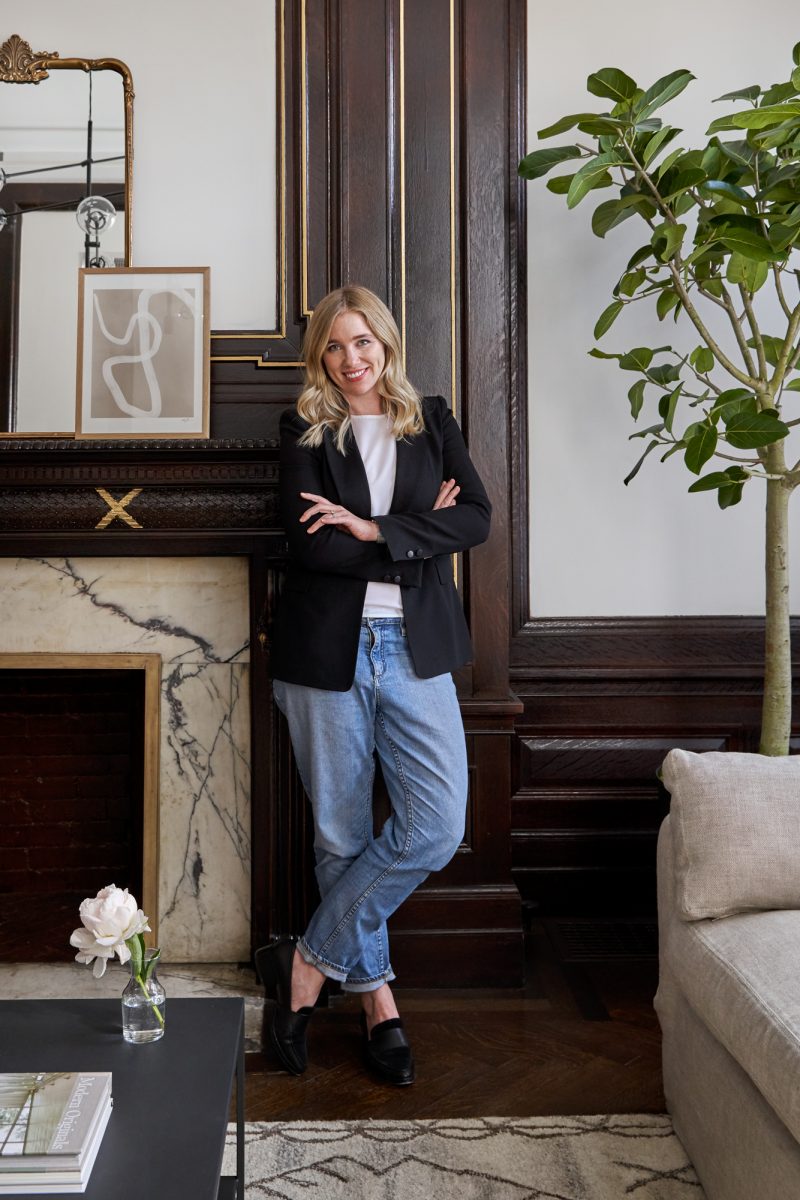 New York is where half of Common’s buildings are located. Common’s Sophie Wilkinson (pictured right) tells us that soon Los Angeles and Seattle will surpass the growth in NYC, though. There are 1,700 beds signed and under development in Los Angeles.

Over the next few years, the company will expand into 19 cities.

Wilkinson joined the company coming from a career in construction, luxury retail and hospitality, and became hooked on the vision that CEO Brad Hargreaves had.

“He laid out a plan for what it could be like to really disrupt residential real estate. I became so intrigued by the way he truly questioned the status quo on what it’s like to live in a big city. And he wanted to raise the bar and quality of life for so many New Yorkers,” says Wilkinson.

Wilkinson oversees the design, construction and decoration of 12,000 signed beds in development. She is also in charge of managing member feedback and ensuring that “Common homes reflect both the density and community necessary to drive quality of life and value in overpriced cities.”

What’s consistent with the work culture is the team’s “inherent connection to solving urban housing issues,” she says.

Common was founded in 2015 with a model built around community-driven housing that is affordable and flexible. Utilities, washers and dryers, cleaning services and household supplies like toilet paper and cutlery are all included in the setup. So is Wi-Fi.

Currently, there are 32 homes open across six cities. This gives “a treasure trove of feedback and data about what our members liked and disliked about the way we’ve set up our properties,” explains Wilkinson. “Every Common building should feel like a home, not a hotel.”

The team thinks about conditions like public transportation, weather and city population (“Are residents of that city used to fewer roommates and more space than we think?”) before designing a home.

“All Common coliving rents are priced 15% to 20% lower than that of a comparable studio in the area and are typically between 80%  to 120% of the median income,” says Wilkinson, who knows the reality of moving to a new city —she moved from Australia— and living in a shared setup while on a tight budget. 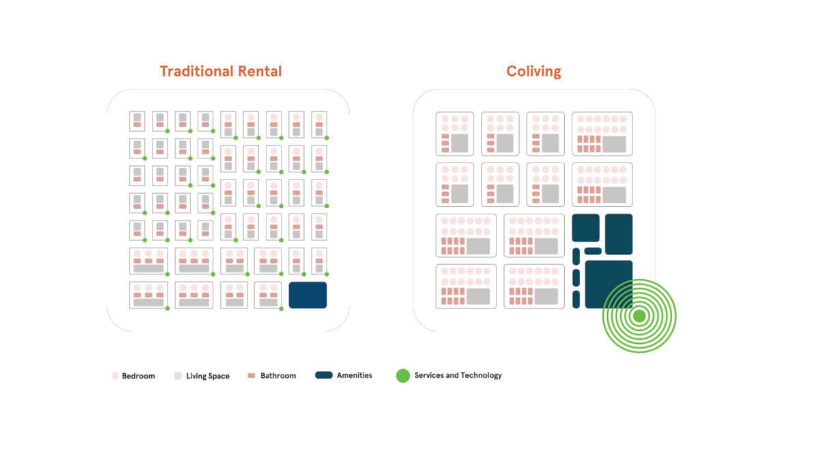 
“Common is taking what millions of people are doing, over 25 million people in the U.S. alone, living with roommates and making that experience better. We’re creating apartments specifically around roommate living instead of forcing lower rents through fake walls and murphy beds,” explains Wilkinson. “Common is typical living in a city when you have any price sensitivity, just done better.”

In 2018, NYC’s Department of Housing, Preservation and Development announced ShareNYC, asking for proposals to solve affordability issues. And earlier this month, it was announced that Common was one of the three winning proposals of ShareNYC and the company has now moved into a partnership with the city. The development, Common Roosevelt, comes with 253 new beds in 56 shared housing units situated within two eight-story buildings in East Harlem. The proposal was done with L+M Development Partners.

All proposals submitted to ShareNYC outlined plans on development, management, services and conflict resolution, among other details.

Common has also signed with Dream, one of Canada’s leading real estate companies with over $15 billion of assets under management in North America and Europe, and will be building in their groundbreaking Zibi development in Ottawa. The setup will include 250+ beds in a mix of co-living and traditional apartment layouts. It will be open to the public in 2022. Stay tuned for more on that plus news on the upcoming Toronto property, which hasn’t announced its developing partner or opening date (we’re told early next year is when we can anticipate hearing more).

Common leases start as low as three months but are generally for a duration of 12 months. Anyone can move into a Common home on a first-come-first-serve basis, says Wilkinson.

“Kin creates apartment buildings tailor-made for families, borrowing some of the community-driven principals we learned through Common and applying them to ways that families can share resources where they live,” notes Wilkinson. “I’m really excited about Kin and creating spaces for families to feel less lonely in major urban areas, and as someone who is raising a son in Brooklyn, I can definitely relate.”

There are a number of couples that live at Common; Wilkinson and her husband previously housed with another couple at the Common Havemeyer in Williamsburg, New York. The average age of a Common member is 30, and across the U.S., the average grouping sees three to five people sharing an apartment.

The exact layouts for Common Roosevelt are yet to be finalized.

“Comfort is key and we achieve it by using durable finishes, great furnishings, data-driven layouts and community-focused design. Common comes in the form of a home that is ready for you the day you move in at a fair price point,” adds Wilkinson.

Common started out in 2015 with brownstones in Brooklyn, home to 10 to 12 people, and as noted, they’ve grown fast.

How we live and interact is ripe for a change and ventures like Common help reimagine this while reconnecting us to simple things like coexisting in one space at one given time. Here’s a reconfigured novelty that may just serve as the necessary environment for human enjoyment in the 2020’s.

For more on Common including pricing and locations head here.

All photos courtesy of Common.