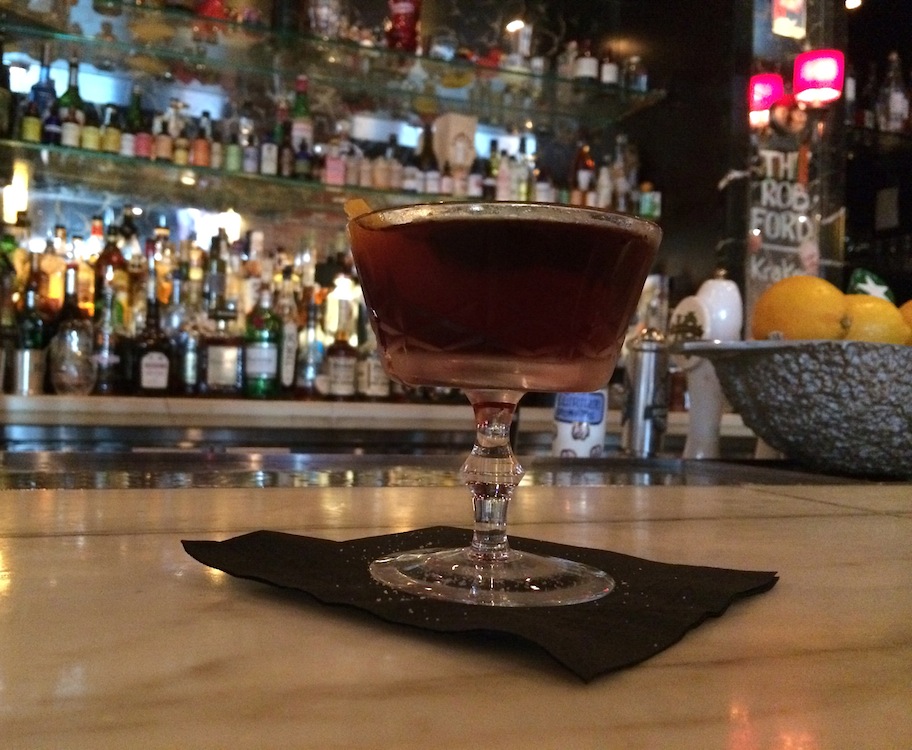 The Miller Tavern has long been an institution for all things great. Service, quality, and atmosphere, with an unpretentious approach to food and drink. We had the pleasure of sitting down with one of their head bartenders, Reed Pettit, who’s been at the Bay Street location since they opened over two-year ago.

Learning his craft from Rob Montgomery who he calls the ‘Godfather of Cocktails’, Reed splits his time behind the bar between the Miller, The Huntsman Tavern (where he took over from Aja Sax), and the occasional guest spot at Food & Liquor.

Like most at The Miller, Pettit prefers to be called a Barman, and anything but a mixologist, opting for a more approachable take on his craft, willingly educating his customers on liquor. His drink of choice is Jameson on ice, though if drinking cocktails, you’ll probably find him sipping a Boulevardier.

We invited Pettit to take part in our cocktail series, to share his recipe for a “Night Trial in French,” which he explains is basically what you should do to avoid a speeding ticket. “If you every get a speeding ticket, anywhere really, ask for a night trial in French and the cop won’t show up.”

The cocktail is a well-balanced blend of Averna, Mezcal, and Aperol, that finishes with a sweet boozy kick. Pettit was recently one of three winners of the Maestro Amaro – Averna Cocktail Competition in Toronto, so trust us when we say he knows his away around his Amaros. Check out the recipe below and be sure to stop by The Miller for a cocktail soon!