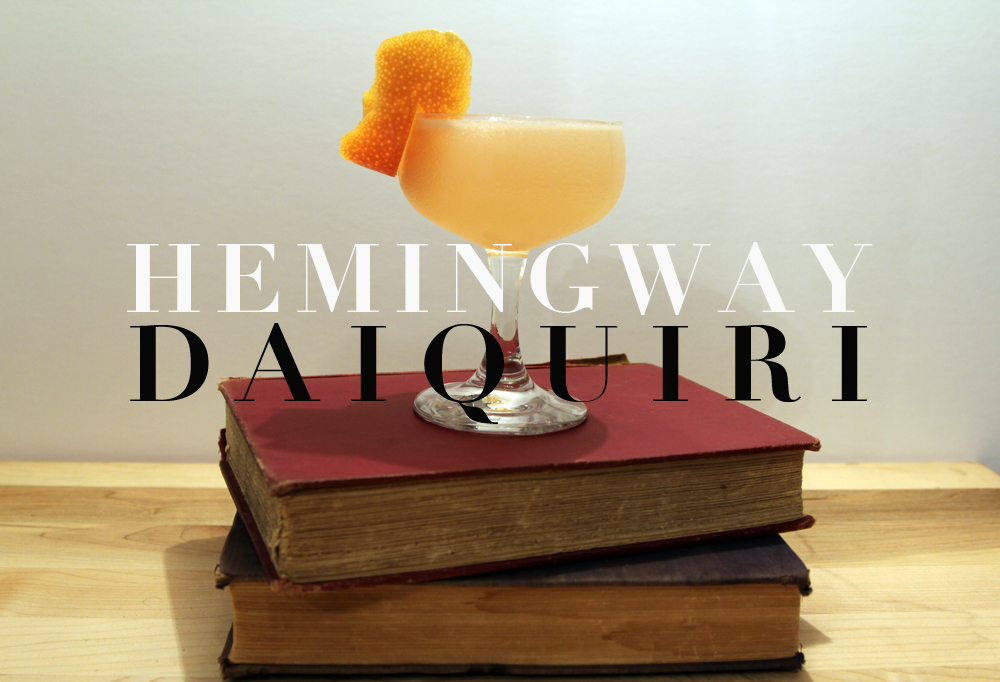 As we mournfully leave summer behind and head into the cold frigid months of fall and winter, we here at Sidewalk Hustle decided it was time to keep that warm tropical feeling alive with the latest edition of our Cocktail Hour Series.

This time around we take a journey down south to Cuba with one of our favourite rum-based cocktails. We’re not talking about a Pina Colada, Mojito, Cuba Libre, or your run-of-the mill Frozen Daiquiri, but rather Ernest Hemingway’s favourite cocktail: a Hemingway Daiquiri. It was first created for the famous American author in the 1940’s at a popular Havana bar called El Floridita. According to William Grimes’ book Straight Up or On the Rocks, Hemingway “often worked his way through about a dozen of these lime slurpees, sometimes ordering doubles, which became known as Papa Dobles.”

Of course this appeals to both our literal sensibility as well as our personal taste preferences. There is something quite exquisite tasting when you mix an aged rum with fresh grapefruit juice and maraschino liqueur. Perhaps it is the aging of the rum in white oak casks in Cuba, or the pure Cuban sugar cane juice that is boiled down and distilled, that gives that gives Havana Club 3 year that rich and smooth flavour profile. Either way, there’s no better rum to craft this distinguished cocktail full of history and taste with.

So without further preamble, let’s get down to business. For our Hemingway Daiquiri, we prefer to stay away from your run of the mill white rum, and use an aged pale yellow Cuban rum like the Havana Club 3 Year. It only makes sense that we would use this distinct Cuban rum; Hemingway was a distinct man.

Try your hand at making one tonight by watching our handy how-to GIF following the recipe below.

While the chilled original Hemingway Daiquiri was served over shaved ice, we prefer a modern take on the classic served up in a coupe garnished with grapefruit peel instead of a clunky lime wedge.