This week in our cocktail hour series, we’re gearing up for the Oscars, continuing on from last weeks Cognac French 75, which would also make for a great addition at any Oscar party, with yet another bubbly classic. Originally created by Jeff Grdinich, the Hat Trick cocktail features one of my favourite ingredients, albeit a sugary sweet one to say the least, Rhubarb Bitters. Born in 2008 when Joe Fee, one of the brothers behind the syrup and bitters brand Fee Brothers, gave Grdinich a bottle of his latest bitter made from the sweet yet tart Rhubarb.

Grdinich created this sparkling cocktail as a tribute to Mr. Fee, who was known for tipping is fedora forward each time he greeted you. While we’ve rarely seen anyone celebrity rock a fedora to the Oscars, there is one thing we’re sure to be doing while watching from our couch, and that’s drinking fluted bubble cocktails.

And if you’re not satisfied by this Hat Trick, I’d suggest heading over to the class Champagne Cocktail, the Cognac French 75, or Yuzu 75 we’ve previously posted about. 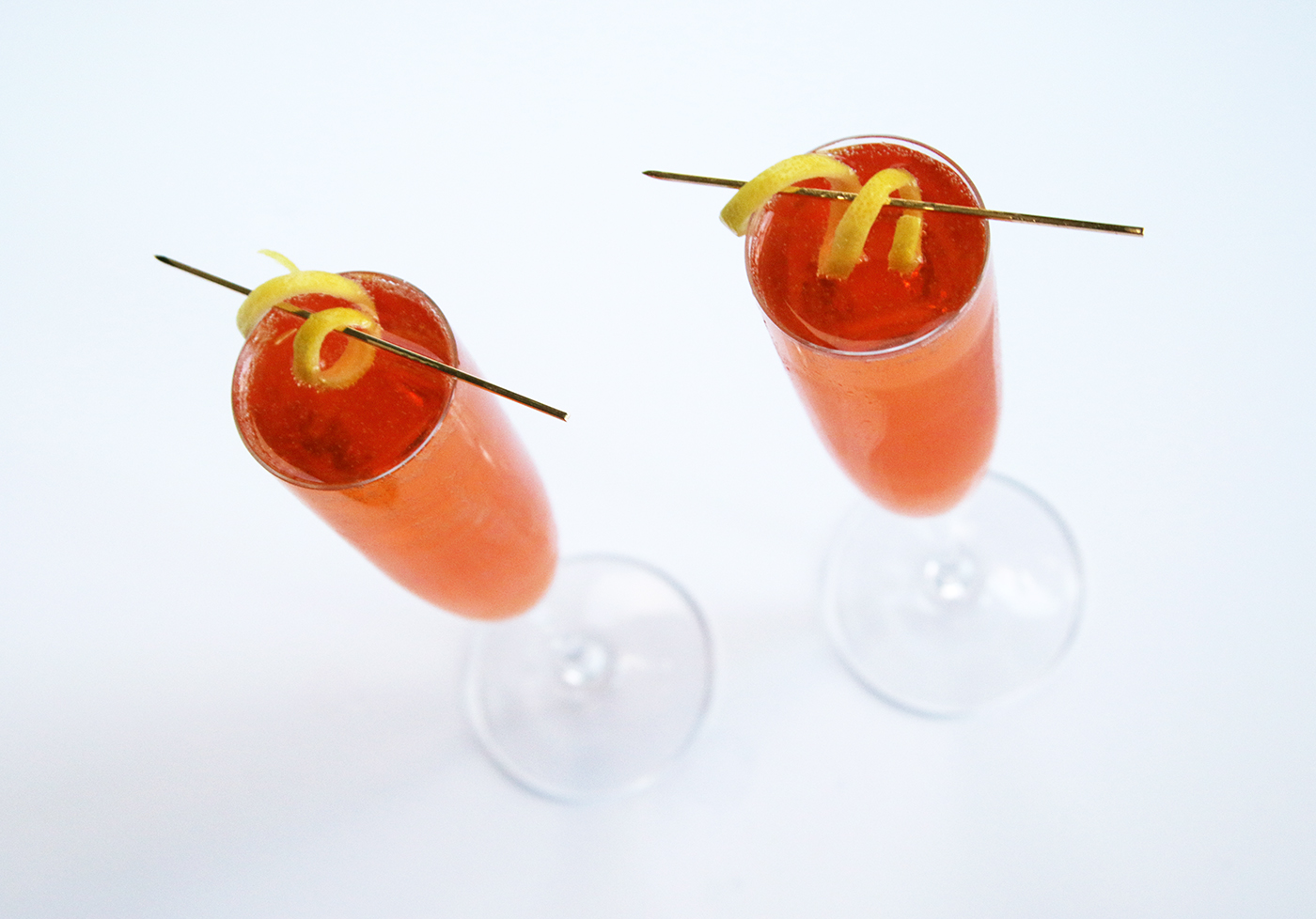 METHOD:
Place Sherry, Aperol, and 2 dashes of Rhubarb Bitters in a cocktail shakers and fill with large chunks of ice. Shake until and strain into a chilled champagne flute. Top with Prosecco, garnish with a dash of bitters, lemon twist, and enjoy! 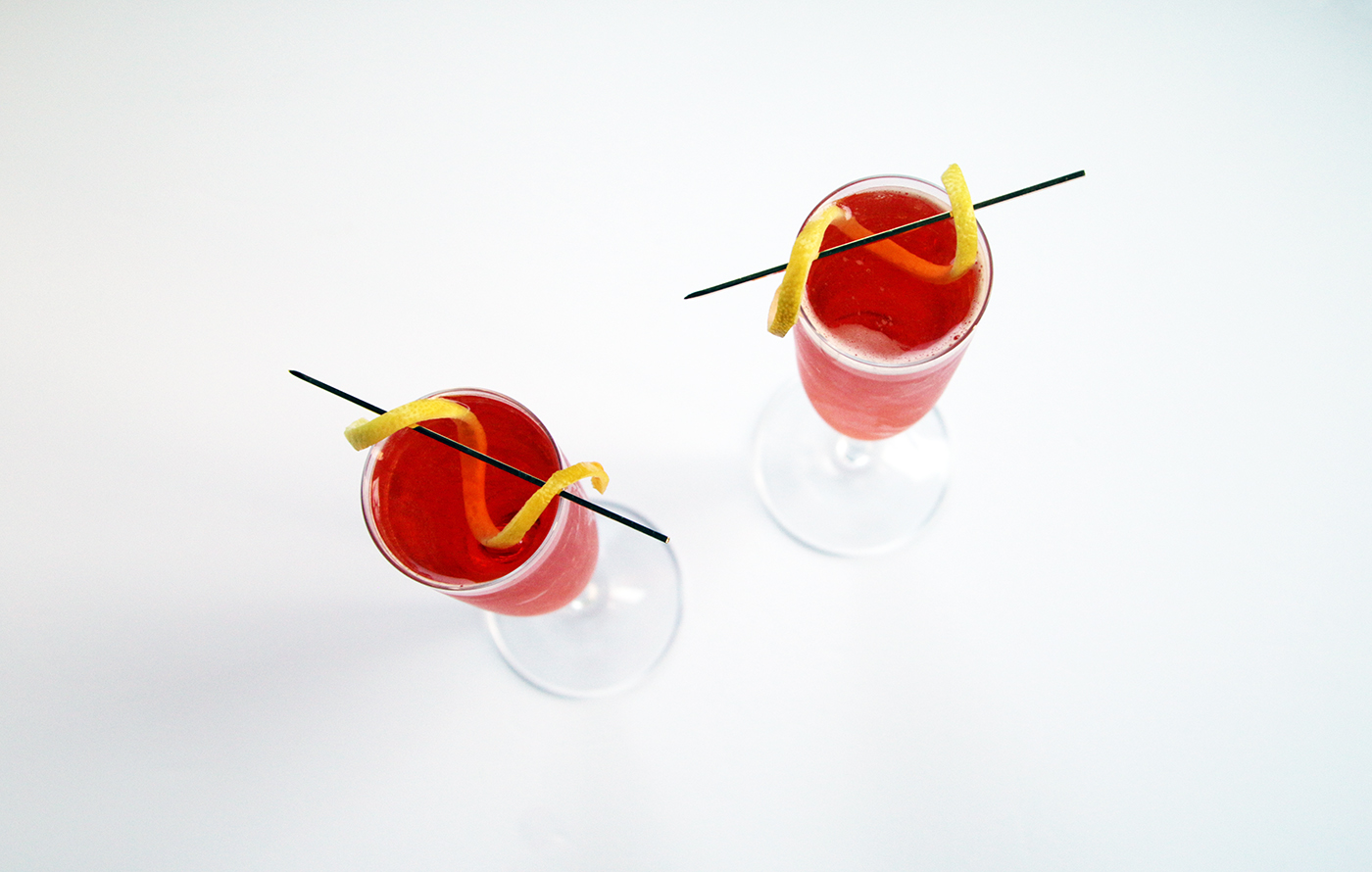