For our first cocktail hour feature of 2016 we’re riding that health tip (who isn’t?). Don’t worry, we’re not exactly doing it sober, but we are attempting to get our greens in wherever we can. Yes, even in our cocktails.

We’ve taken the classic White Lady cocktail, which has had quite a journey in its own right, and made it a little greener. According to the wonderful cocktail historian David Wondrich, the cocktail was first created by Harry MacElhone in the early 1900’s at London’s then, stylish Ciro’s Club, and was asugary sweet combination of crème de menthe, brandy, and way too much Cointreau. Years later after the war, MacElhone updated the recipe ditching crème de menthe, adding gin, and balancing out his excessive use of Cointreau.

Flash forward to 2016 and we’ve modernized the White Lady a little further into the Green Lady. We’ve traded the Cointreau for a super healthy shot of cold pressed green juice, (called East Of Eden which mixes romaine, kale, celery, apple, and lemon) which acts as the sweeting agent in place of liqueur.

Paying homage to the way this drink might have looked in the early 1900’s while being oh-so 2016. Cheers to your health! 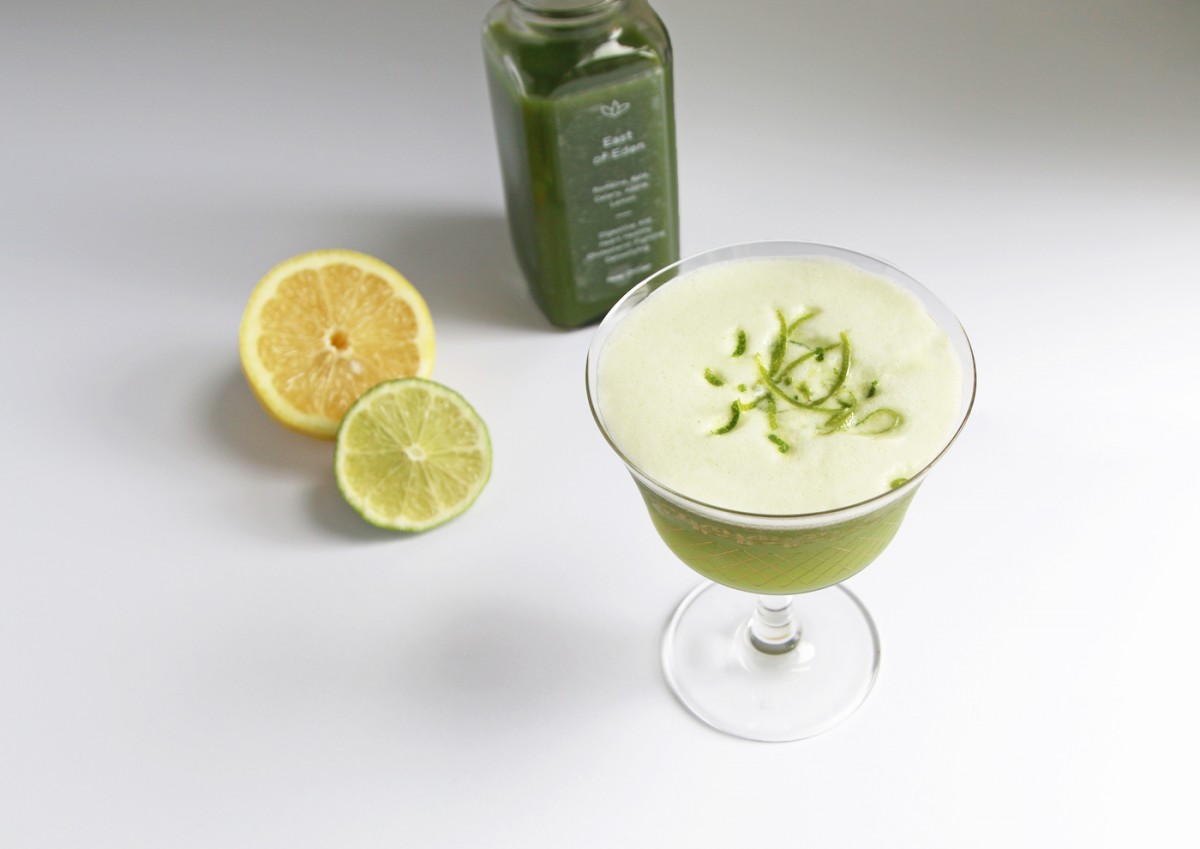 METHOD:
Combine the above ingredients in the base of cocktail shaker and dry shake. Fill cocktail shaker with ice and shake again until mixture is lovely frothy and well-chilled. Double strain into a chilled egg coupé and garnish with grated lime.