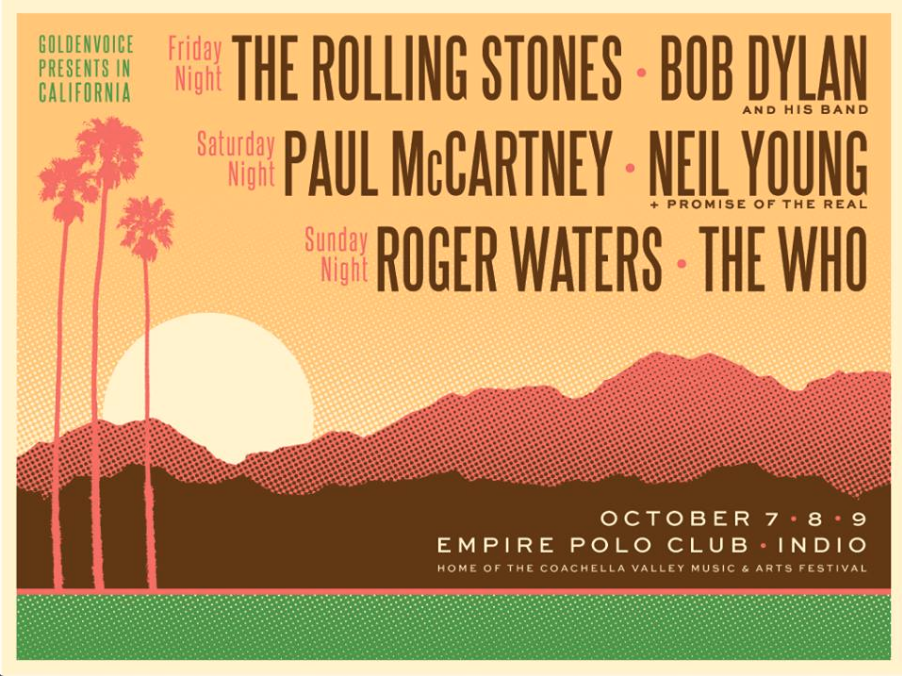 The good folks over at Goldenvoice have been busy. After announcing Panorama Festival in New York a couple of months back, they’ve just announced a brand new mega festival called Desert Trip. Taking place from October 7th to 9th in Indio at Empire Polo Club (where Coachella takes place) Desert Trip festival will feature the likes of Paul McCartney, The Rolling Stones, Roger Waters, The Who, Bob Dylan, and Neil Young.

This is not a joke. These mega bands will share the stage for the first time ever. No word on any opening acts just yet, however, befitting of their target audience, they have announced that the festival will feature an stellar lineup of world-renowned chefs from 40 of the best restaurants from Los Angeles and New York City.

Tickets for Desert Trip go on sale May 9th at 10am PST and range from $199 for single day tickets up to $1599 for the standing pit. Additionally, hotel packages, RV and tent camping passes will also be available.

Check out the announcement video below now and mark your calendars for May 9th!