We started day two off at Levi’s Brunch at the Colony Palms Hotel which featured denim jacket customization by Heron Preston and Snoop Dogg who also performed at the event. We rubbed shoulders with Bella Hadid and Rachel Zoe while sipping cocktails poolside. It was low key amazing.

Over at the Parker Palm Springs, Amex hosted their annual Platinum House, complete with performances by Julia Michaels and Kiana Lede, a SoulCycle pop up, in addition to an immersive installation by Snarkitecture called ‘Platinum Mountain’. 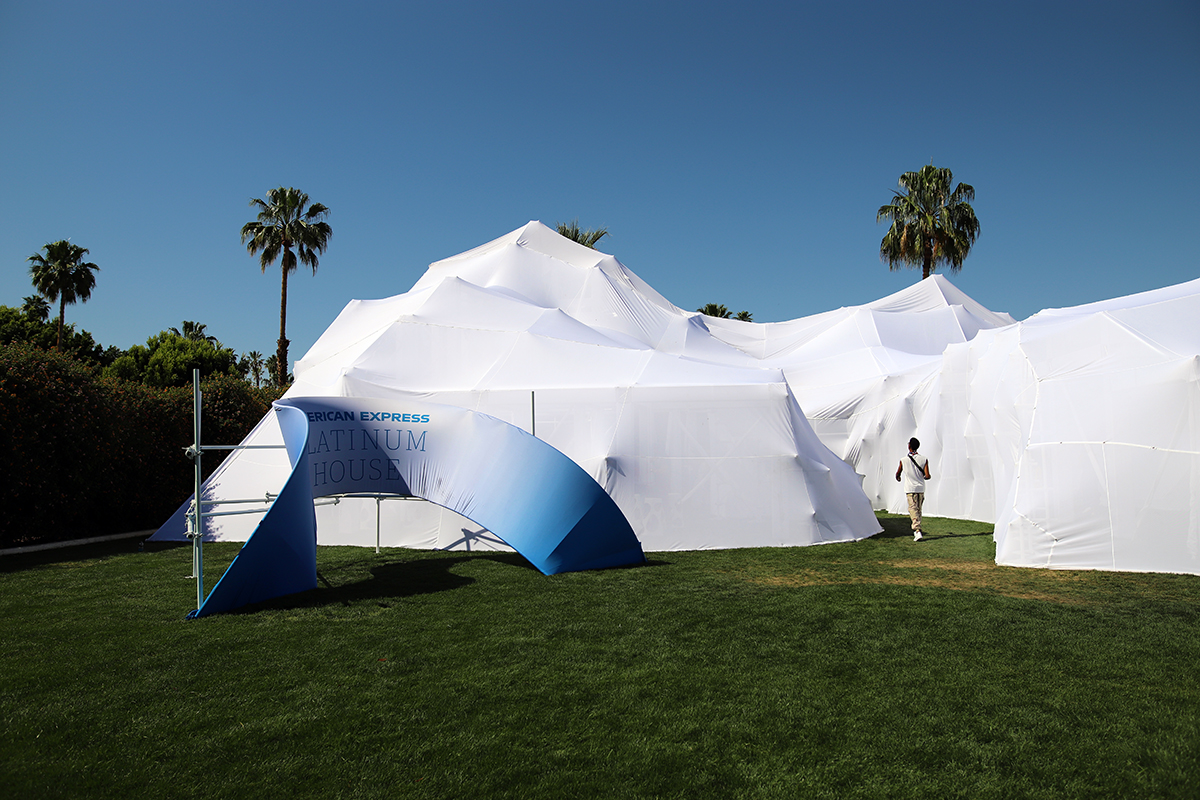 We headed to the festival just in time to catch MØ jumping all over the Coachella Stage with a special appearance by Diplo for her second time at the festival since 2015, then headed over to The Outdoor Theatre to see David Byrne performing classic Talking Heads tracks. It was a time.

Next up at the Coachella Stage, Tyler, The Creator performed a very strong set on the back of his very strong 2017 album Flower Boy, with excellent polka dot hair. We’d be remiss if we didn’t catch Toronto’s own Alvvays performing their new album Antisocialites (among others tracks) at Mojave for the second time since their Coachella debut back in 2016.

After dinner we rushed over to Gobi to watch Jorja Smith slay her entire set. The crowd watched the British songstress in awe and got especially amped for “On My Mind” near the end. Straight over to Mojave after for a quick twenty minute dance break with Jungle then back to the Coachella Stage for the hotly anticipated set by Beyoncé.

The first black women to headline Coachella, she arrived on stage with an epic 200 person band dressed in Balmain, paying tribute to America’s colleges and universities which were historically black.

She pulled out all the stops to mark the momentous occasion including a Destiny’s Child reunion, plus cameos by Jay Z and Solange, all with their own costume changes. It was nothing short of amazing. 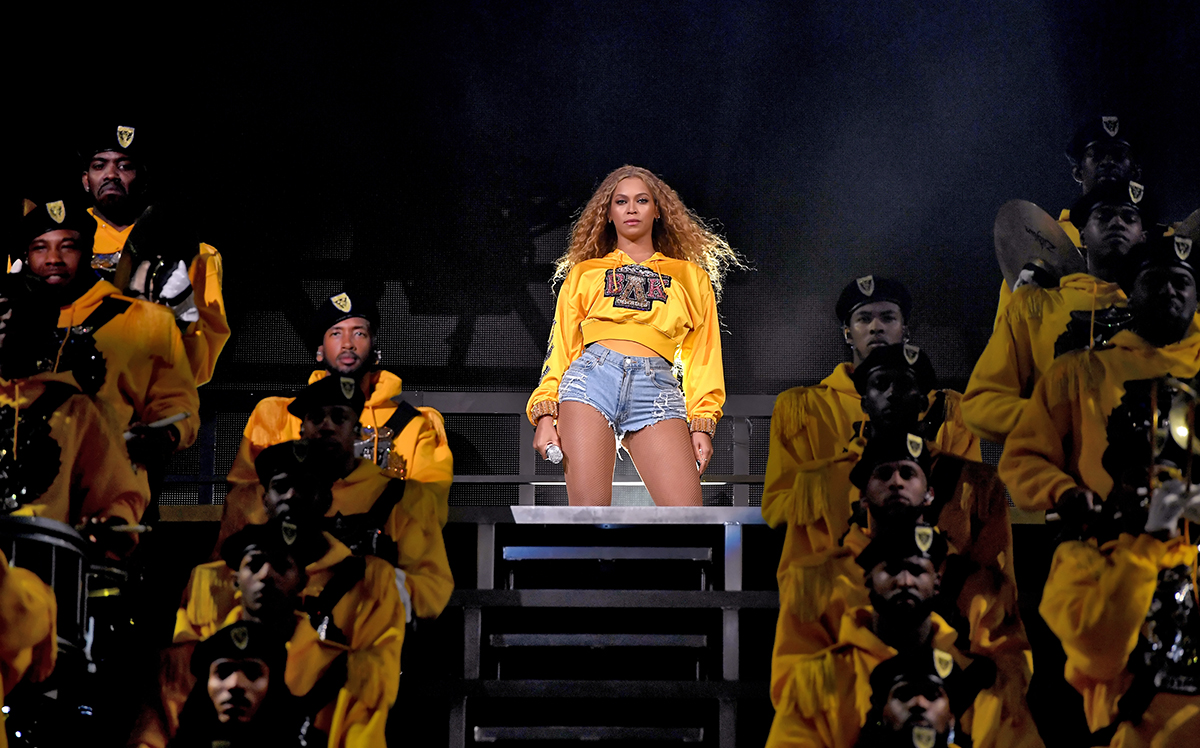 Amped after the incredible Beychella, we headed over to Jeremy Scott’s annual Coachella party at a massive estate. With a star studded guest list which included Gigi Hadid, Miguel, Diplo, and so many more it only seemed fitting they would announce H&M’s next designer collaboration with Moschino. We danced the night away DJ sets by Erika Jayne, A-Trak, Boys Noize, Mia Moretti, The Misshapes, KESH.

We ended the night at Neon Carnival presented by Levi’s smashing up some bumper cars and riding all of the rides. 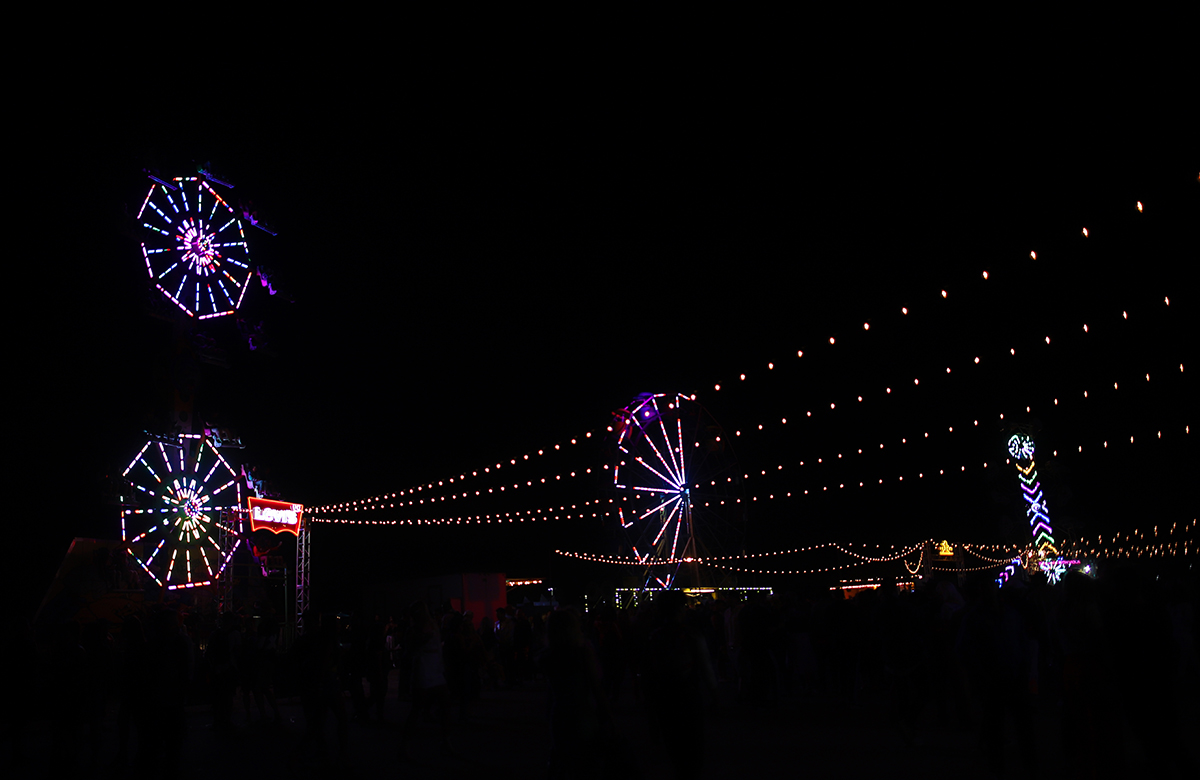