Still high from last nights party favours. Early morning text from a Canadian friend confirming Drake will be on stage with Future today. Quickly pulling our shit together. 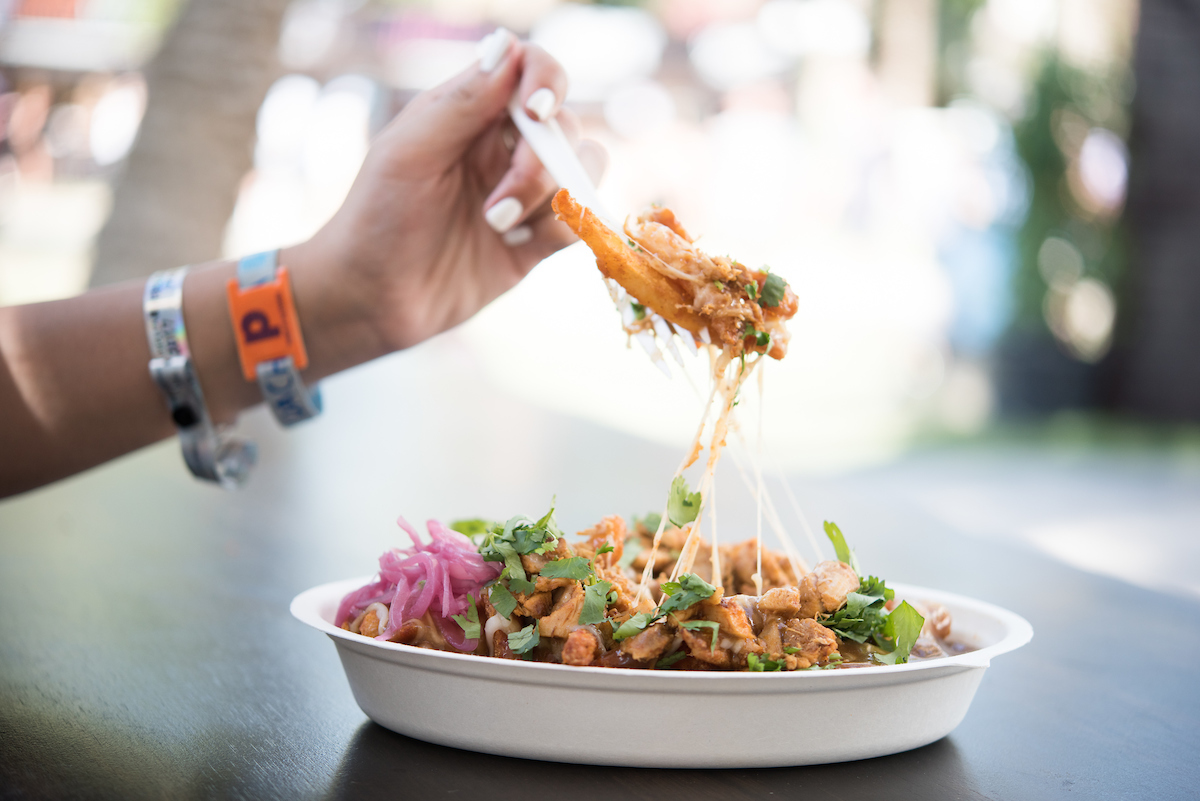 Arrive at the festival and immediately head to Badmaash in VIP for Chicken Tikka Masala Poutine – recovering while swooning over Two Door Cinema Club on the Coachella Stage.

Sun setting slowly as we wait for Future to take the stage He brings out Ty Dolla $ign almost right away. Then Migos for “T-Shirt” and “Bad and Boujee.” Then Drake arrives for a short version of “Jumpman” and “Gyalchester” before getting the crowd to sing along with”Fake Love.” Future is amazing at sharing his stage with his real friends (and probably his molly and percocets too). 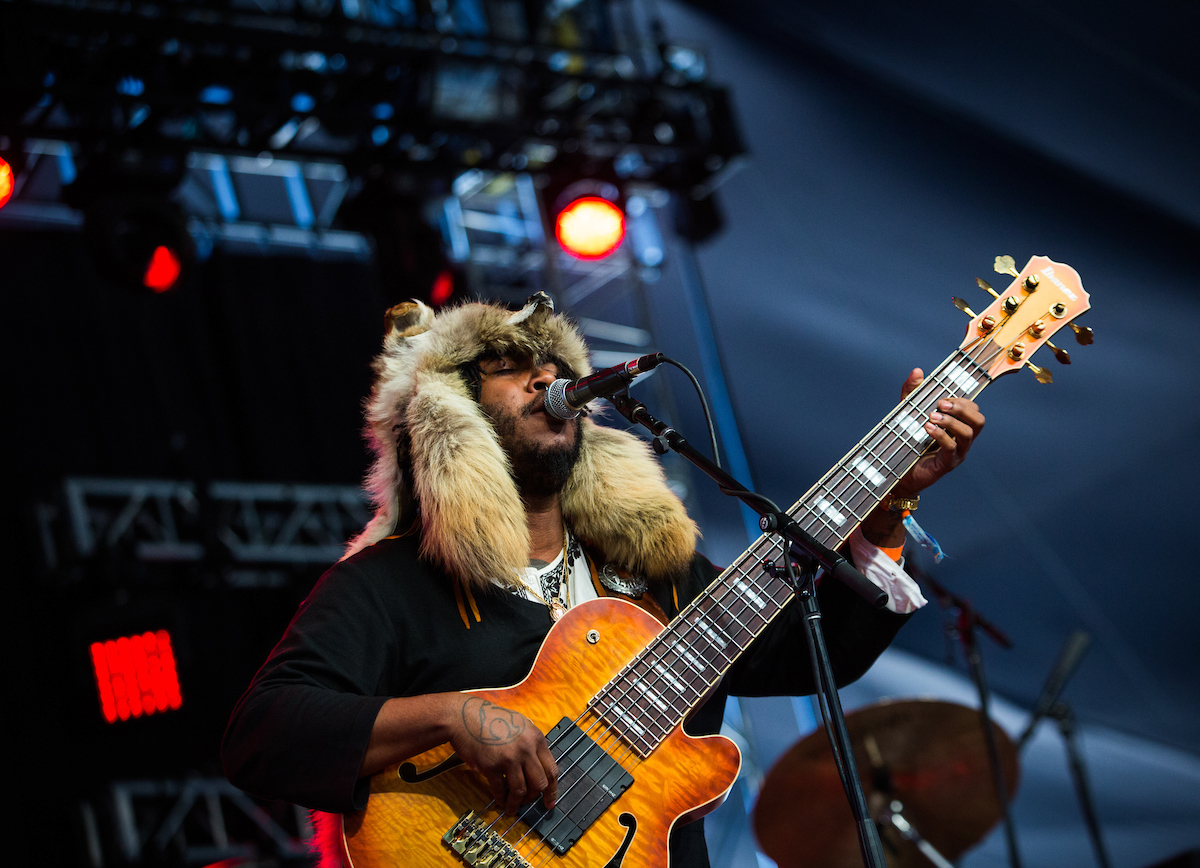 Overhear in the media tent Michael McDonald came out for Thundercat’s set earlier today. Bummed out. Eat a random gummy worm found in bag from last night and begin to feel better in about 30-40 minutes ? 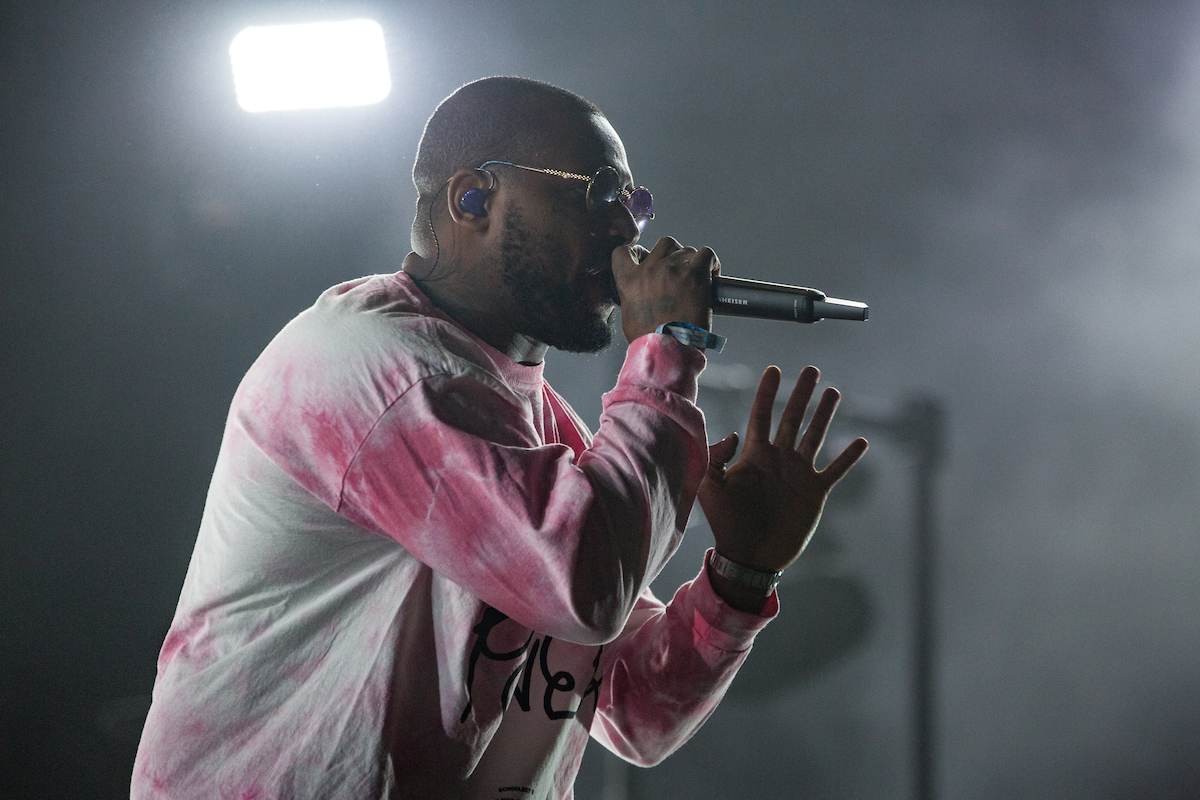 Off to the Outdoor Theatre for Schoolboy Q. He performed all his mega hits through the set and brought out A$AP Rocky and Tyler, the Creator for “Telephone Calls.” 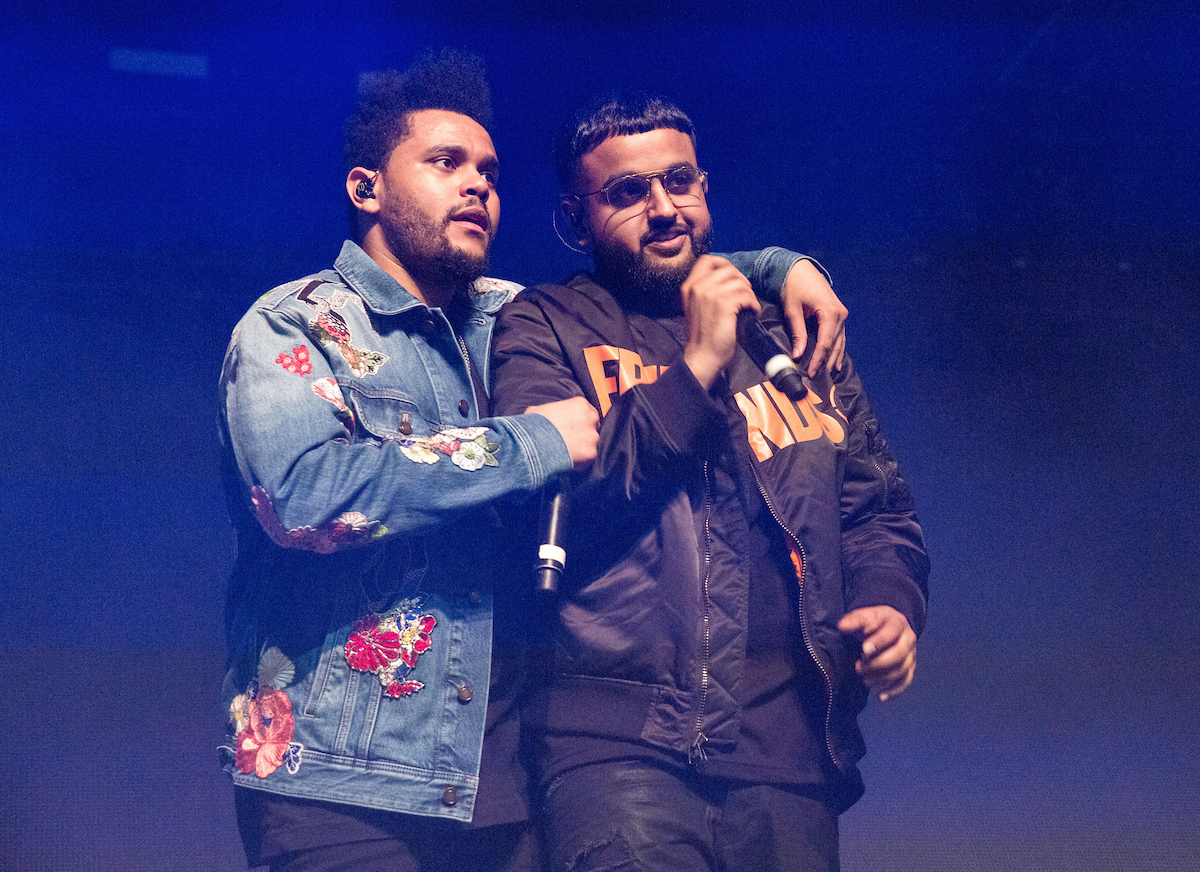 Off to the Gobi tent to show support for Toronto’s own NAV. With guest appearances out in full force so far, it wasn’t a shocker when he brought out XO label mate The Weeknd. 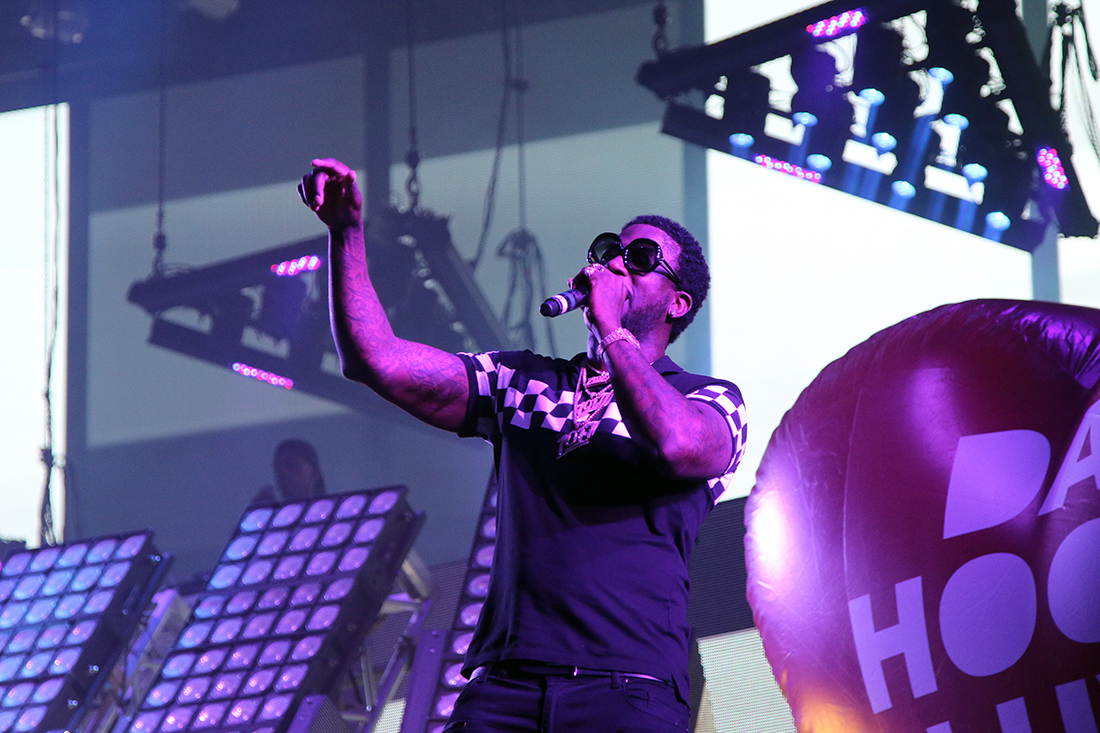 Walk over to Sahara tent for Gucci Mane to a mass exodus of Martin Garrix fans #bless. Working his way through his hits, he eventually brings out a solid line up of guests including Lil Yachty, Migos, Rae Sremmurd, and finally P. Diddy. Heard “Bad and Boujee” twice, plus “Black Beatles” and a bunch of Diddy ? 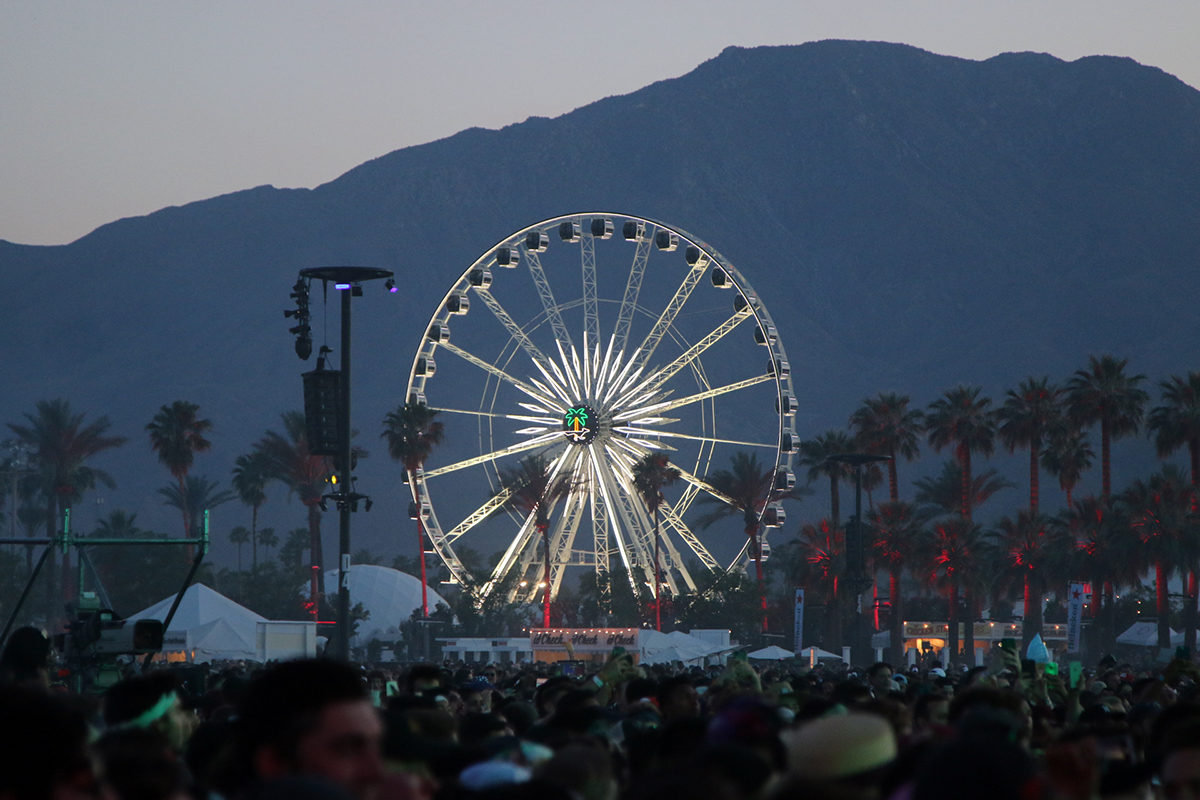 Stopping to admire Le Grande Wheel. Iconic. Rihanna walks by you with her crew in all her infinite shining glory and is later seen in the crowd watching Lady Gaga. 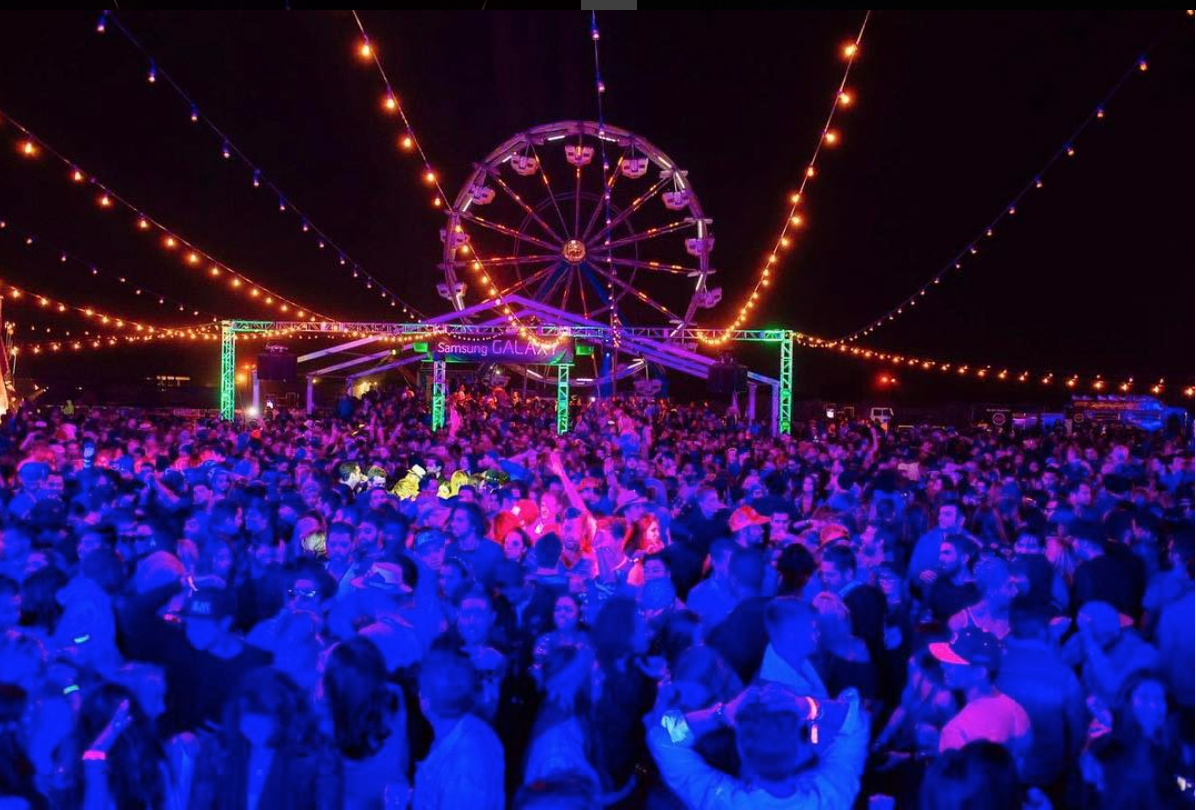 Skip over to Lady Gaga for two songs, then off to Neon Carnival which is somehow further away than Coachella?! More ferris wheels and glitter – then more glitter. Even though the music was pretty terrible for the much-hyped event, all the stars stopped by including Rihanna, Drake, Leonardo DiCaprio, Miguel, French Montana, Future Aaron Paul, Jhene Aiko, P. Diddy, all the models, and many more ?‍♀️?‍♂️