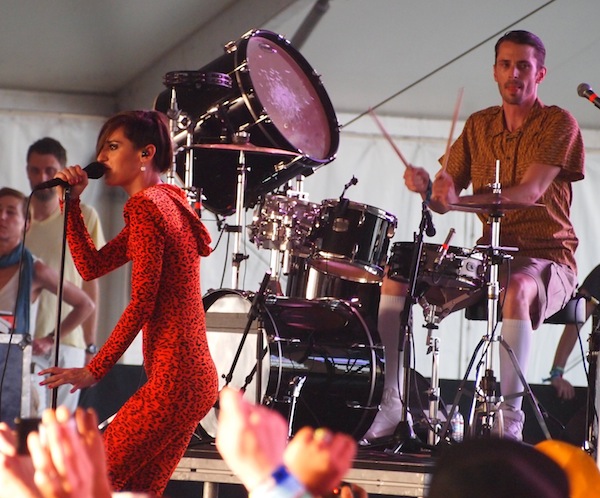 We caught YELLE at Coachella about a week or more ago at the Gobi tent and were pleasantly surprised at how much fun she was live! She arrived on stage covered in a heavy military fish netting veiling her face while her crew was decked out in cutely tailored safari outfits to match the sophomore album cover for Safari Disco Club.

It was a pretty powerful intro, especially with her two drummers framing the stage and the crowd wild with anticipation before she unveiled her stunning red animal print bodysuit with heavy shoulder pads and a hood. She played quite a good mix of her first album with the crowd really digging tracks like “A cause des garcons” and “Je veux te voir” as well as many songs from the new album.

We’re really excited to see her again in Toronto in exactly a week, and for all those who missed Coachella, we highly recommend checking YELLE out live. Check out our photos below as well as one of the live streams taken during the set. 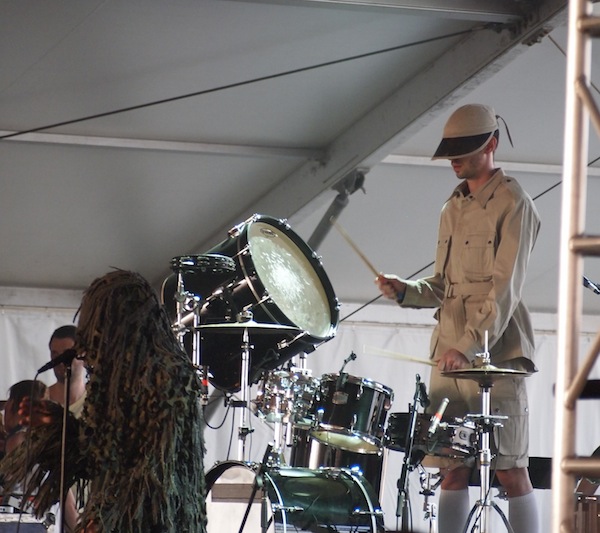 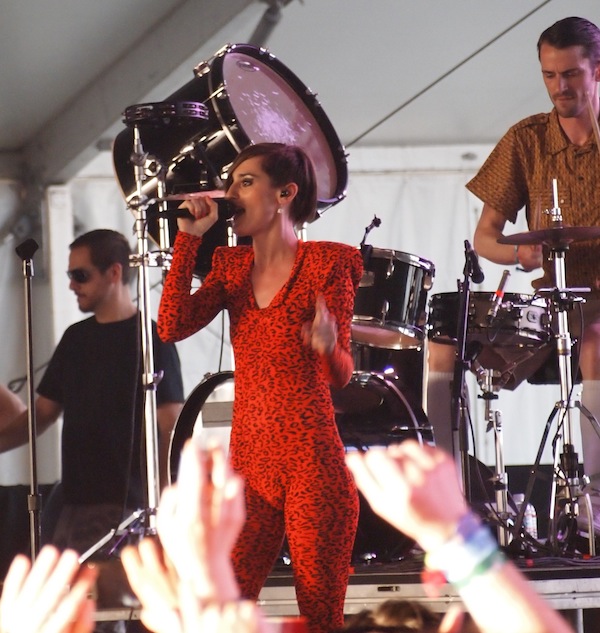