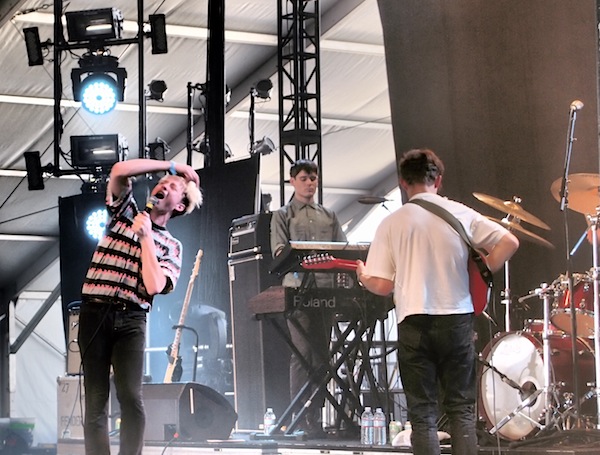 We started Coachella off with a mellow bang catching Brooklyn indie poppers The Drums play in the shade at the Mojave tent, where most of the indie rock bands seemed to play during the festival.

Playing to a sizeable crowd for an early daytime set, the well dressed band powered through most of their self-titled debut album from last year dripping with sweat. In between crowd favourites like “Let’s Go Surfing / Don’t Be A Jerk Johnny” and “Me and the Moon” vocalist Jonathan Pierce regaled us with short little stories about the songs and even played a new track off an upcoming album which is supposed to come out this year sometime.

Overall it was a nice mellow set of about fifty minutes and the perfect way to start off the first day of the festival, especially after we missed them when they played back in Toronto earlier this year. 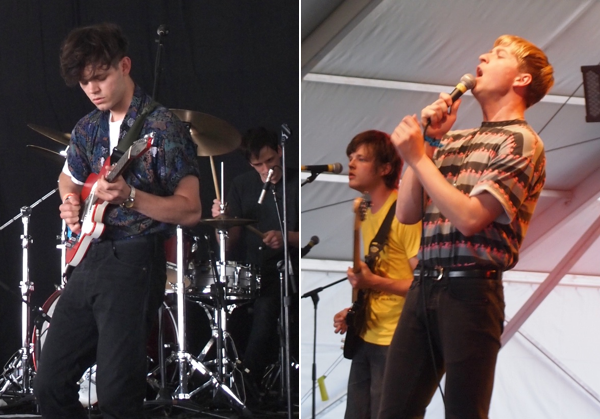 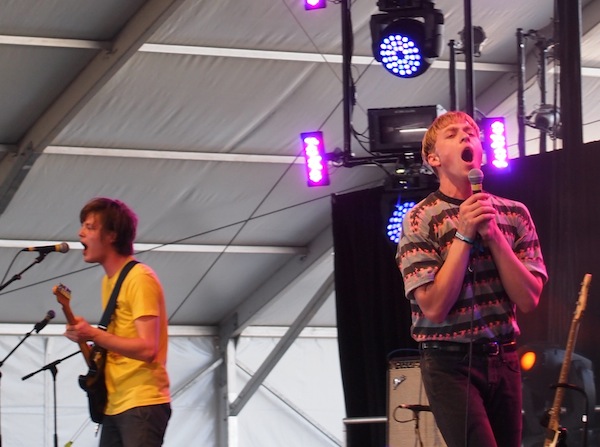