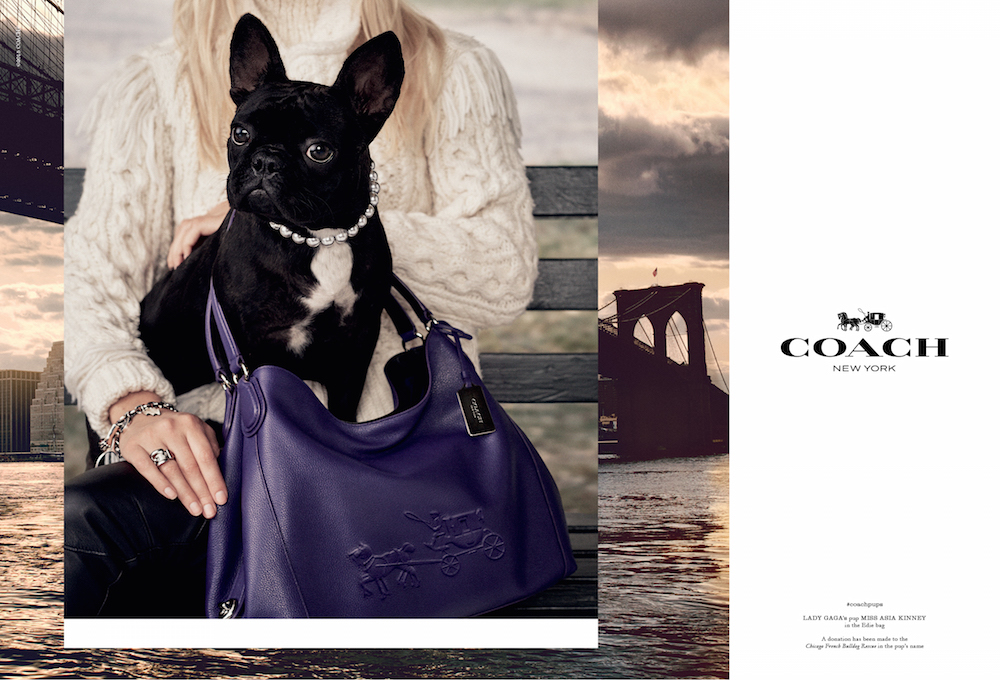 Coach is bringing back purse puppies this fall with the launch of their new Coach Pups campaign starring Lady Gaga’s adorable French bulldog, Miss Asia Kinney. The first look at the campaign features Asia shot by Steven Meisel and styled by Karl Templer, with their Rucksack and Edie bands hanging off of her with an elegant strand of puppy pearls around her neck.

This is only the first of many iconic puppies who will be featured across the campaign which launches fully in July. According to the press release Lady Gaga had the following to say about the campaign:

“I am so proud of Miss Asia! She’s a natural in front of the camera, and we’re both so excited that the iconic Steven Meisel shot her for Coach’s pup campaign! I really love getting to watch my best friend be a star.”

I’ve never had so much fun on a shoot. The combination of Mr. Meisel and the pups was an extraordinary, surreal, special moment. We wanted to create playful images that make you smile. We were inspired by some images from the Coach archive, which featured Eddie—the dog that starred in the TV series Frasier—to create something joyful, with humor and character. That’s a spirit that’s uniquely at the heart of Coach.