Live Music: Everything All The Time, Lioness, and Foxfire at CMW 2009 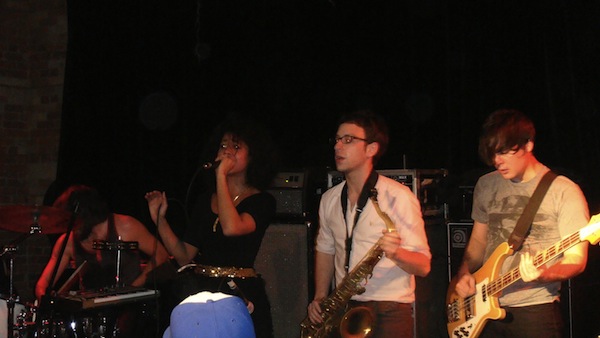 Last night was the inaugural evening of Canadian Music Week here in Toronto which showcases and celebrates the wonderful world of music. This five day long event is always fantastic with a plethora of incredible talent performing all of the city of all music genres, as well as some high profile guest speakers all of which culminates in the show I have been eagerly waiting for for a year now Bloc Party. Needless to say, (yet I will) I have been patiently waiting for this week since I bought my tickets and pass back in December.Armed with my flashy new camera, my blue wrist band, and my fresh pair of Nike’s I have had on ice all winter, I arrived at the Gladstone Hotel ready to rock the fuck out! There was one band in particular I was thrilled to see and another two I was eager to see.

I arrived earlier then I usually ever do for a show, but I knew from past experience that having the little blue wristband was no absolute guarantee to get in, and my common sense prevailed as about ten minutes after I arrived the Gladstone had reached capacity.

I knew this was going to a killer jam.First up was Everything All the Time, which put on a rocking good show. The lead singer is Alanna Stuart from the group Bonjay and can she ever sing. They were really good surpassing my exceptions. Next up was Foxfire, again another band I was eager to see, I had heard some of their songs and they were alright but certainly nothing that gripped me. Well their live show was fantastic! The lead singer has energy like a supernova and he let it all out!

Finally the band I had been stoked to see Lioness, came one stage. I had seen Lioness a couple of times previously, once at a loft party, and then at a Steam Whistle Unsigned each time they had rocked the house. I actual had the opportunity to meet the lead singer Vanessa Fischer at the Steam Whistle Unsigned art show I went to a couple months ago, she was spinning and playing some solid tunes. The drummer Jeff Scheven and bassist Ronnie Morris used to be a band by the name of Controller Controller who were the hot shit on the town a couple years back. If possible, I think I like their new incarnation more, or perhaps it is simply more time relevant, either way they rocked! At the end of the show the lead male vocalist/keyboardist/saxophonist joined Lioness on stage to contribute to their awesomeness.
Wow.

I Love Canadian Music Week! Toronto has some great acts out there and until Saturday they are out there in force. I really do encourage all of you to go and check out a band, support your local artists. There are literally over three-hundred acts performing all over the city in the next four days.

Finally I feel I should mention the cute piece of graffiti I saw leaving the show along a concrete meridian. Interesting to note that it wasn’t until this morning when I looked at the picture that I noticed the little tag of the shoe with legs and the words run repeated three times. This particular “run x3” tag I saw and wrote about a couple of weeks ago get thrown up in front of me I have been encountering all over the city. 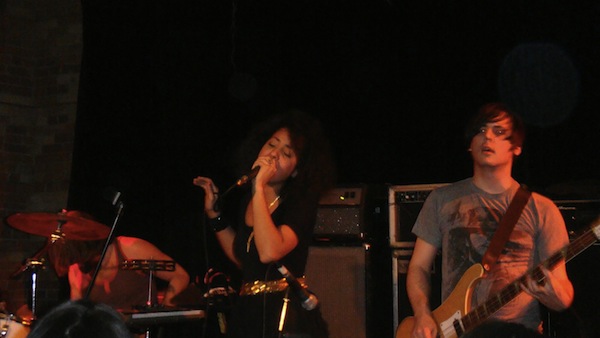 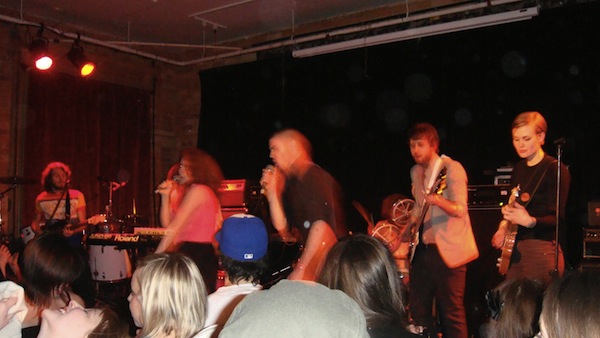 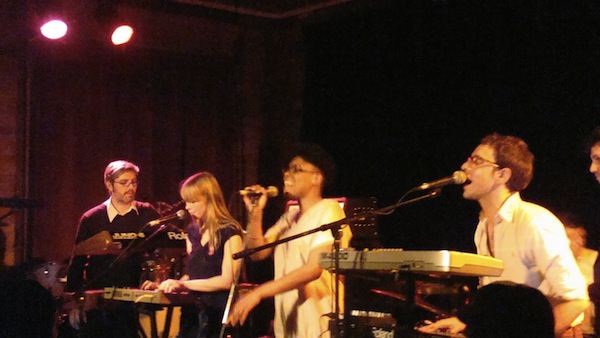 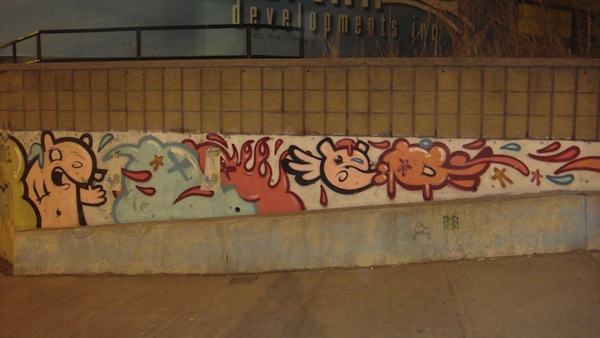