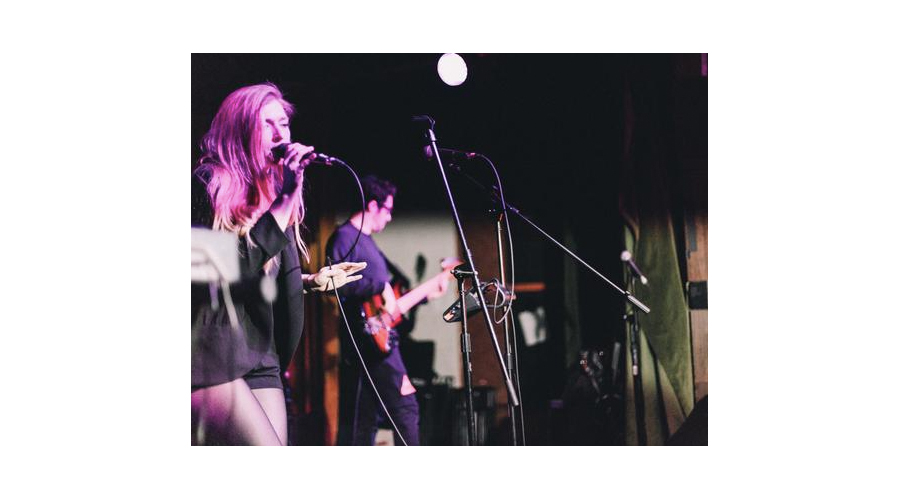 Hailing from New York City, VÉRITÉ (Kelsey Byrne), came to Toronto for the first time on Thursday night to play at the Drake Underground for Canadian Music Week. Shooting straight up to fame, with a debut single cementing her as #1 Hype Machine and one of the top viral artists Twitter, everyone who attended the show seemed amped.

Without missing a beat from the first riff flooding the room, Byrne launched into her set with “Heartbeat”, one of the first tracks created for her EP Loud, was packed with rolling bass lines and infectious hooks translating well live. Byrne has the potential to rise to the level of reigning pop female artists like Rihanna, Carley Rae Jepsen, and Katy Perry. Her soaring and powerful vocals pair well with, and skim effortlessly through the omnipresent house beats and playful pop synths.

Backed by a three-piece, Byrne and the other band members seemed like veterans on stage but truly hit a high point after their third song, “Echo”, when Byrne tore the microphone off the stand and danced wildly in front of the stage. Even when onstage overlooking a pack of adoring fans, Byrne remained down to earth, incredibly warm, and humbled by the crowd’s response. Often expressing her gratitude throughout her set, the singer even invited the crowd to ,“come and hang out in New York” with her.

Ending the set with a solid pop anthem, “Weekend”, the flawless production and radio-ready track was the cherry on top for the night. It was exactly like how you would imagine speeding down a road in the summer, with the tune blasting on full volume and the windows rolled down, except on stage. With the crowd wild and the excitement doubling by just one song, there is no doubt that VÉRITÉ’s show last night was just a tease of what’s to come and expect her being a regular on the radio in the near future.