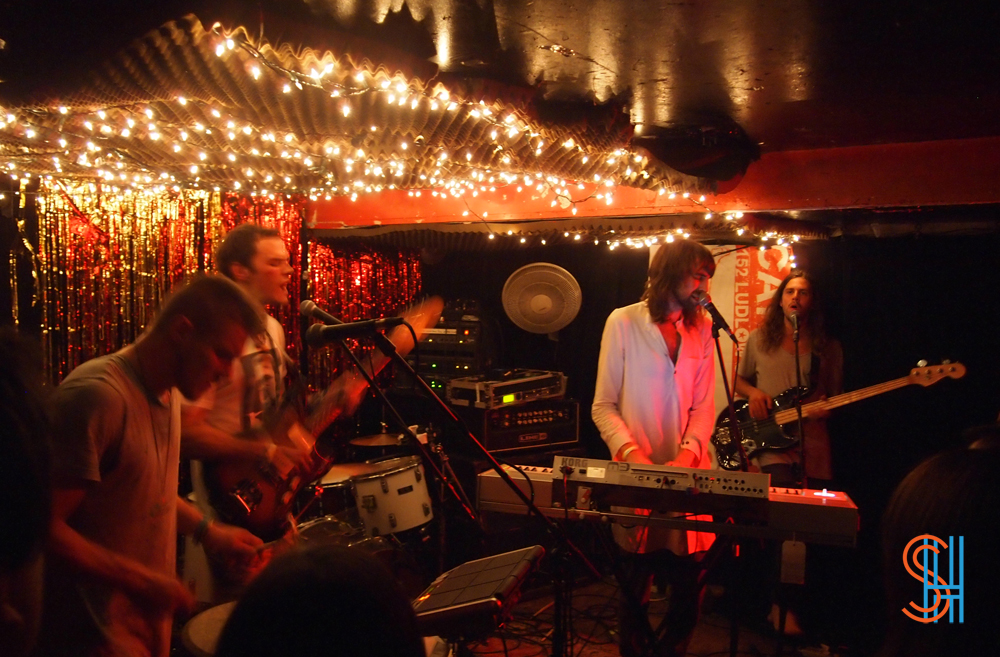 Stumbling downtown after The Presets and YACHT show at Terminal 5, we ended up at Cake Shop on the Lower East Side for the NME / The Great Escape showcase with Jinja Safari and earlier sets by Chains of Love and The Luyas. We were delighted by the shift in musical styles from the earlier show we were at and happy to breeze in, especially after an unsuccessful attempt at getting into Ghostface Killah.

The energetic Sydney five-piece showed off their decidedly island vibe with just a hint if dream pop that kind of reminded us of Sufjan Stevens, in a less technical sense. Up till now we’ve been unfamiliar with these guys, but in true CMJ form, we made a happy discovery here.

Check out some of there tunes below.