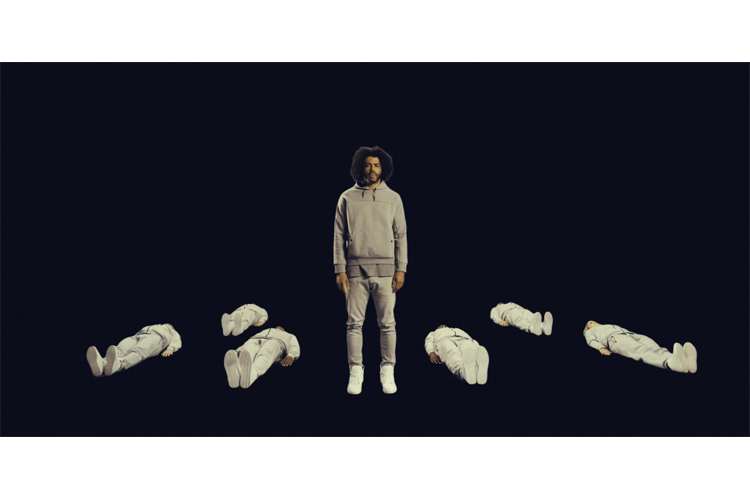 We’ve been loving on clipping. since we first saw their video for “Work Work” and fell in love with their 2014 debut album CLPPNG. Now everyone is catching up (because a certain clipping. band member named Daveed Diggs won a Tony and a Grammy for his role on that little known musical Hamilton), and we’re not mad at it. This past summer the dudes returned with their slick EP Wriggle (which features our fav Cakes Da Killa) and then earlier this fall they released their sophomore album Splendor & Misery, an H.P. Lovecraft inspired concept album.

clipping. always make amazingly dope videos (did you see “Air ‘Em Out“?!) and the clip they just released for Wriggle cut “Shooter” is no exception. Directed by Carlos Lopez Estrada, the video features Diggs amoungst matching dancers and a stylized chaos of things and people getting shot. It’s powerful & moving stuff. Turn it up and focus.

Watch the video for “Shooter” above.

Splendor & Misery is out now on Sub Pop, grab a copy here.