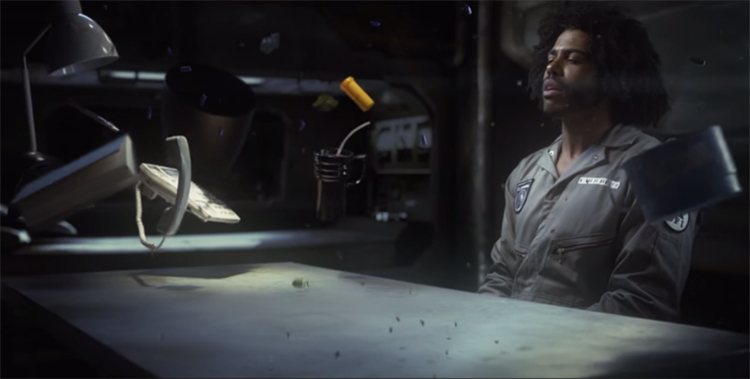 “I met with Clipping a few months ago to talk about potential ideas for this video and Jonathan half jokingly said that we should put Daveed in zero gravity. I emailed them back a few days later saying “I know you were kidding, but what if we do?” We then embarked on a wonderful creative journey of scrappy visual effect techniques and ended up with our own janky version of zero gravity, which turned up to be a pretty cool thing, I believe.”

Watch the video for “Air ‘Em Out” above.

Splendor & Misery comes out September 9, 2016 on Sub Pop, pre-order it here and catch Clipping. live at the dates below.