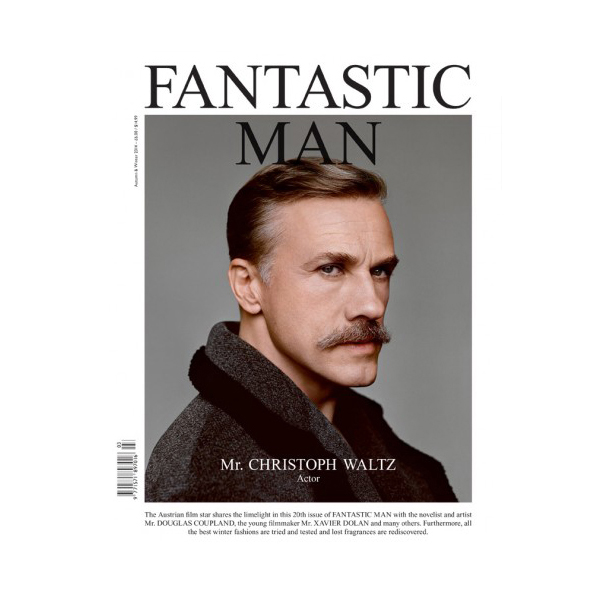 Just in time for TIFF hitting in Toronto, Academy Award winner Christoph Waltz takes the cover of UK publication Fantastic Man. Few details are available about the issue which has yet to be released, the cover shot of Waltz is by Alasdair McLellan, and is both striking and effortlessly suave, just as you’d expect from this multi-Oscar willing actor.

Fantastic Man offers the following statement about the forthcoming issue:

Any melancholia regarding the imminent end of the summer season in the Northern Hemisphere will surely be immediately alleviated by the new issue of FANTASTIC MAN magazine for Autumn & Winter 2014, which makes its debut on the newsstands of LONDON today and will travel further afield in due course. More details of its fabulous contents will be revealed on a daily basis next week here on this website, but of course there’s no concealing the magazine’s cover star: that amazing actor Mr. CHRISTOPH WALTZ, winner of two Academy Awards and apparently tireless generator of scintillating conversation. The Austrian gentleman generously shares the limelight in this 20th issue of FANTASTIC MAN with the novelist-turned-pop-artist Mr. DOUGLAS COUPLAND, the seismic cinéaste Mr. XAVIER DOLAN and, of course, the most desirable winter fashions imaginable.