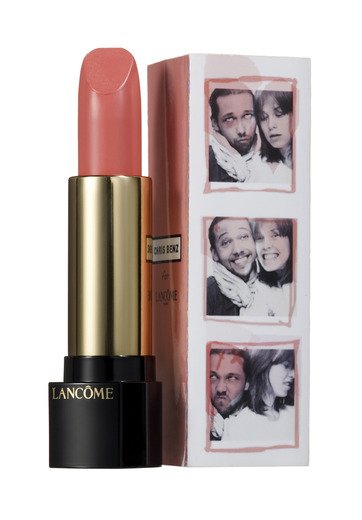 There’s a lot of hype surrounding the February release and waiting lists at Saks Fifth Avenue are already quickly forming. “Chris & Tell” was featured on Benz’s models in his Spring 2010 collection and Rachel Zoe and Anne Hathaway are already sporting it.

The designer appears alongside model and friend Elettra Wiedemann on the packaging of lipstick, which is sure to sell out upon release, much like all the Pout-a-Porter series have in the past. In 2006, “Proenza Pink” by Proenza Schouler sold out so fast that many appeared on eBay and one even sold for a shocking $122.50 US (quite a difference from the $29US it costs to get one in store).