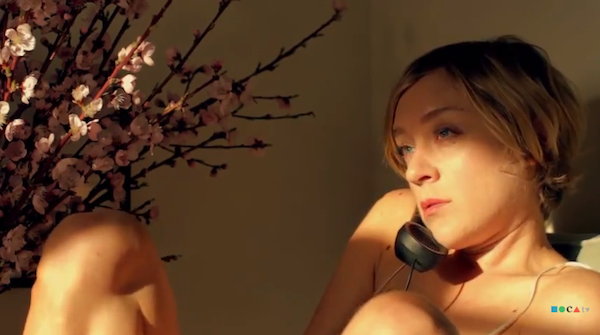 Chloë Sevigny stars in a short film by Tara Subkoff and Tatiana Von Fürstenburg about life and isolation in L.A. set to music by their good friend Lissy Trullie. “Magic Hour” was produced for the Urs FIsher exhibition at the Museum of Contemporary Art in Los Angeles and follows Sevigny around her lovely L.A. flat for seven minutes while she talks on the phone to her lover, played by Alexander Yulish about how absolutely miserable she is.

It’s set to one of our favourite tracks by Trullie and even though “Madeline” only plays softly in the background of Sevigny’s captivating dialogue, it’s still an awesome fit. They work together a lot; you might remember back to Trullie’s “It’s Only You, Isn’t It” video which starred Sevigny.