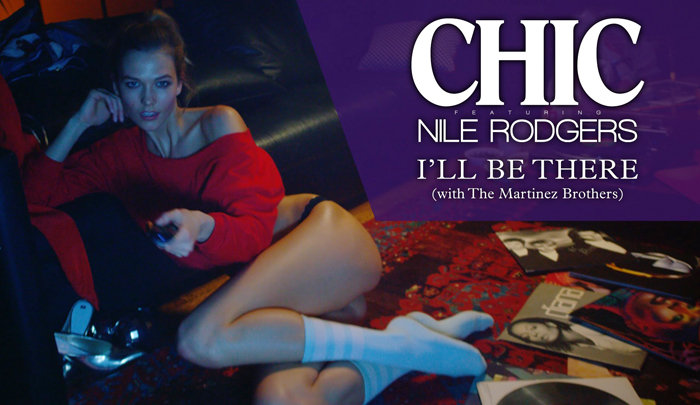 Disco legend Nile Rodgers has gotten his old band CHIC back together for their first single since 1992. The video features beautiful supermodel Karlie Kloss dancing around in her underwear and 80’s inspired sweatshirt. The funky video was directed by super duo Inez and Vinoodh and features old school footage of CHIC on Soul Train. It’s great. Watch it now below.

“I’ll Be There” will be feature on the band’s upcoming album It’s About Time due out this year.