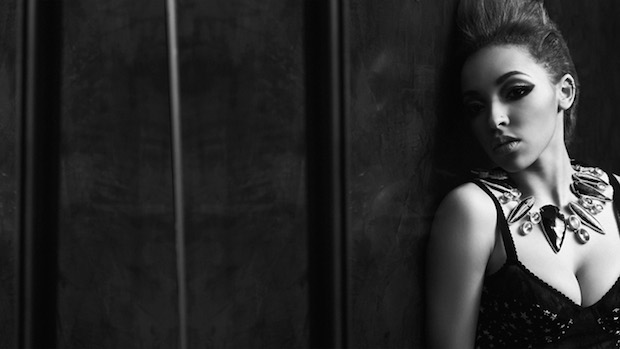 We had the opportunity to chat with the lovely Tinashe while she had some down time from working on her upcoming album. After the smash success of her EP ‘Black Water’ that dropped in late 2013, it’s no surprise that her fans are waiting for more from the R&B songstress. Tinashe was surprisingly soft spoken over the phone, understandably resting her voice.

To kick things off,  about the inspiration for her latest project, ‘Black Water.’ She explained that she had originally planned to debut her album in 2013 but it wasn’t ready in time. She goes on to say she had promised her fans new music in 2013 and thus, ‘Black Water’ was born. Tinashe also told us how she feels this EP represents the space she was in at the end of last year.

Speaking of last year…we asked if she was where she saw herself being a year ago and she told us honestly that, “I had overly high expectations. I thought the album would be out by now but I am a huge perfectionist.” She went on to tell us how she’s very comfortable where she’s at with things and it excited to give her fans the finished product once everything is perfect.

That’s what Tinashe is serving up next, but where did she come from? Back in 2000, she made her acting debut in the film Cora Unashamed. Since then she’s voiced in The Polar Express and starred in Akeelah and the Bee. You might also remember she stint in Two and a Half Men. So, we asked her how she felt acting helped her music career. She told us, “Acting helped me get acquainted with the entertainment industry, it helped me with acquainted with rejection and negativity. It really helped me learn how to stay strong when running into obstacles.”

Impressed with her response, we took the conversation into a lighter direction. Knowing Tinashe grew up in Los Angeles we had to ask about the three places someone HAD to go when visiting the city of angels. “Fairfax for sure! That’s where you’ll find all the dope streetwear stuff. You definitely have to check out Malibu, that’s the ‘party’ beach. Lastly, you have to go to Griffith Observatory to see the view. It’s amazing.”

Wrapping up our talk we asked our typical closing question, Biggie or Tupac? After much deliberation, Tinashe finally said “I have to say Tupac, because he’s from out here in the West Coast.”