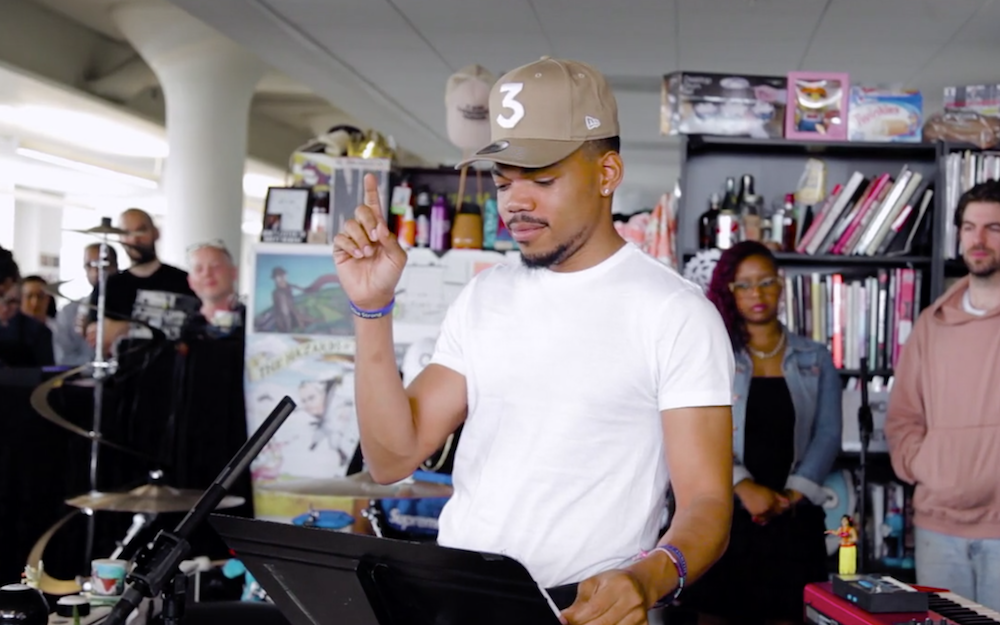 Chance the Rapper took a break from his massive stadium tour and stopped by the NPR offices to perform an intimate set for their ‘Tiny Desk’ concert series.

The Chicago icon opened with a remarkable rendition of the Coloring Book track, “Juke Jam” and transitioned into a poem titled “The Other Side” that he had written on the way from his hotel. Before taking his leave, Chance treated the NPR audience to a cover of Stevie Wonder’s “They Won’t Go When I Go.”