Taking place from September 19th to 30th at London’s historic Roundhouse, the line up was revealed today on Julie Adenuga’s Beats 1 show live from London. It’s a rather welcome announcement to say the least, since it comes at a point when we all thought music festival season was nearly over. London’s bringing back the heat for another amazing year and we simply cannot wait to see who else they have up their sleeves for the opening slots.

The festival will be live streamed on Apple Music every day, so everyone at home can tune in as well, making this essentially the worlds biggest music ever.

Check out the full line up below and head here for more information and follow Apple Music on Twitter and Snapchat. 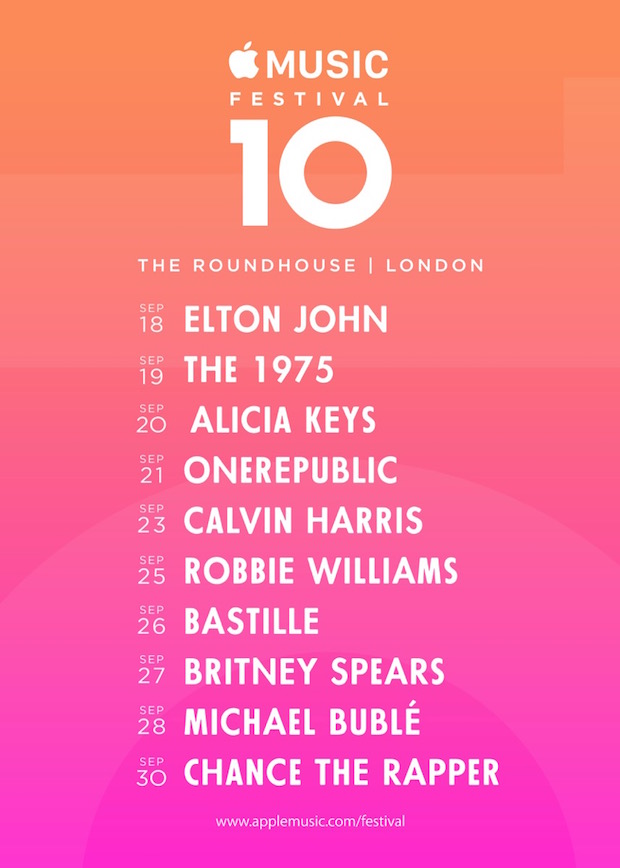 Check out our coverage of The Weeknd, Chemical Brothers, and Disclosure last year at Apple Music Festival 2016 now.