CES, the ultimate electronics trade show, brought out robots, flying taxis, brain-tech, 8K TV’s and a handful of first-time products to fawn over. Many were particularly jazzed about a bug-eyed Charmin robot which brings you toilet paper. It also has a stench radar, saving your senses from entering a zone you may wish to avoid.

While many of the products at CES were conceptual, there were a number that have already been publicized such as Samsung’s “The Wall” TV. We got a look at “The Wall” a few months ago in Toronto as part of a TIFF event celebrating Canadian filmmakers. Hopefully, the below photo gives a decent look at the dimensions of this beast. It was one of the many TV and audio selections on preview at CES. 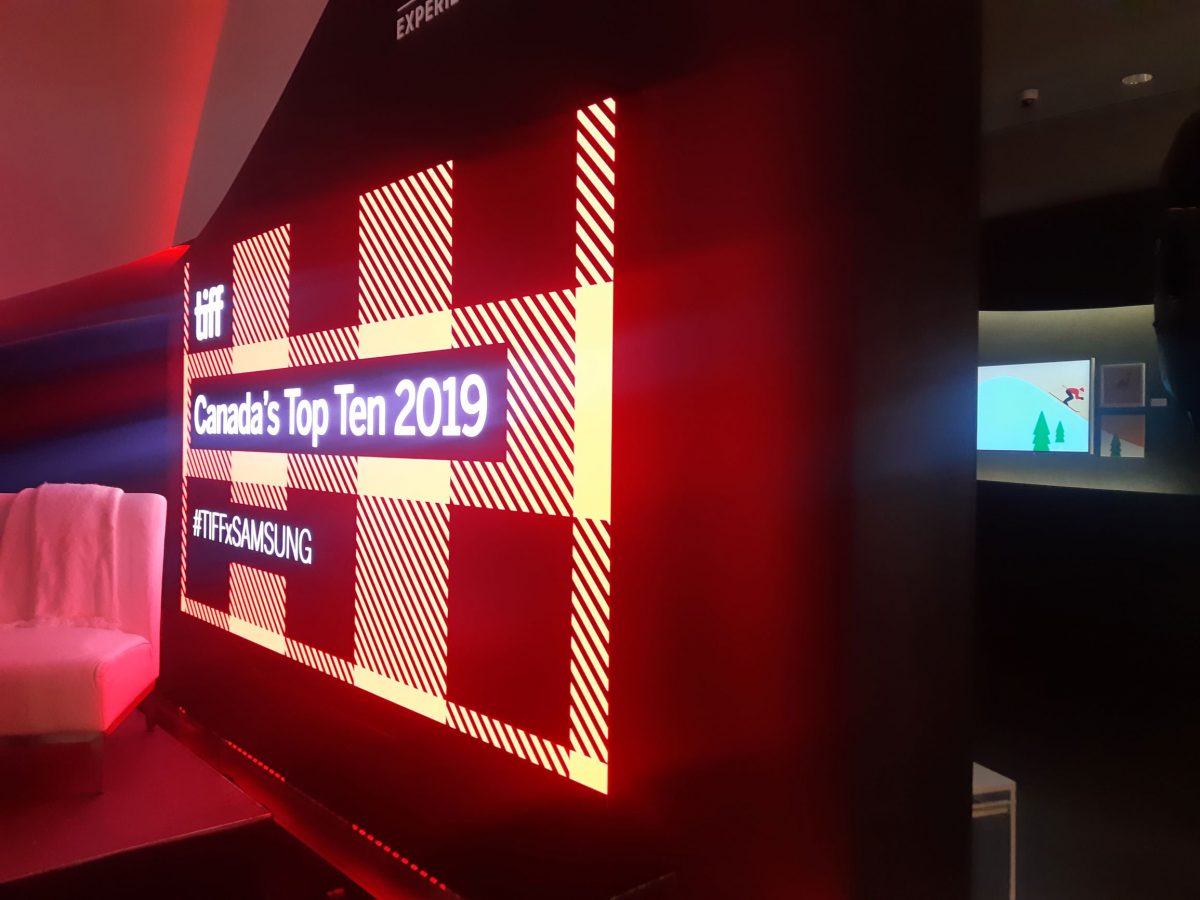 One of the featured products that seems like a no brainer, which is what makes it so good, is the new sleep bassinet from 4moms. The mamaRoo sleep bassinet uses five different motions (car ride, kangaroo, tree swing, rock-a-bye and wave) to help babies fall and stay asleep. If you haven’t heard of 4moms thanks to its sought after mamaRoo 4 infant seat (which has 25 combinations of motions and can be reclined), perhaps this soon-to-be released new addition will lure you. The mamaRoo sleep bassinet is expected out early 2020.

The Lenovo Yoga 5G laptop is the “first-ever PC laptop powered by the Qualcomm Snapdragon 8cx 5G Compute Platform,” claims Lenovo. This is the first to run using the 5G version of the chip. As noted by CNET, the Yoga 5G will go by the name Flex 5G in the U.S., and it is said to have up to 24 hours of battery life.

“The Snapdragon 8cx, the most extreme Snapdragon ever, supports immersive user experiences and will meet the needs of highly mobile users with multi-gigabit data speeds, long battery life, enterprise applications, and security-rich capabilities—even in thin form factors, including laptops,” the company explains in a press release. 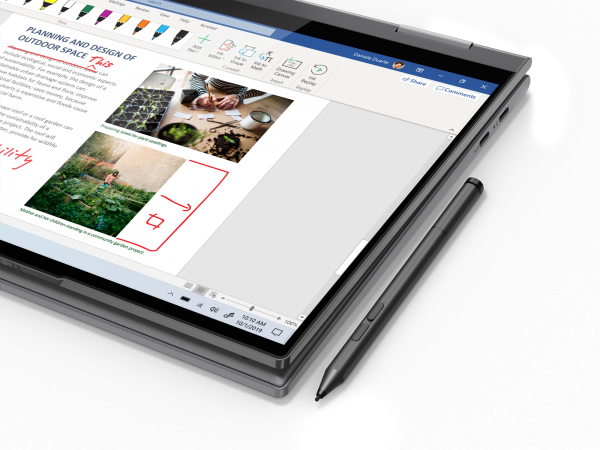 L’Oreal showcased its new skincare personalization tool called Perso that uses artificial intelligence and augmented reality combined with data to help customize and mix the amount of a specialized product you need. The customized formulas are blended for skincare as well as for foundation and lipstick, but those will come later. Users snap a photo of their skin and the Perso app identifies skin consistency and problem areas, scanning for its own environmental data (considering things like pollen and humidity) while creating a formula whipped together from three-ingredient cartridges. Each finished formula dispenses in a single dose. No word yet on price, but it is expected to be available come 2021, according to L’Oreal.

A lot of us just don’t know how to sleep and beds like this are here to help change that. The new Sleep Number Climate360 smart bed was a ‘Best of Innovation’ honoree at this year’s CES, receiving further praise for its smart bed technology that optimizes for the body’s sleep cycles. It also has the first-of-its-kind ducting system to exhaust trapped air found in the mattress. As highlighted here, the Climate360 bed provides up to 12 degrees of cooling and can warm your bed up to 100 degrees. The clinical research by the company suggests that the Climate360 bed aids in reducing core body temperature throughout the night, which could be a godsend for those night sweaters and anyone sleeping alongside them. 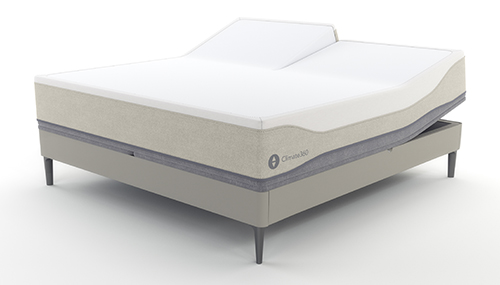 Farmer Connect and IBM have partnered to bring “Thank My Farmer” app to market. Coffee drinkers can now trace their coffee back to origin, linking farmer to consumer. The consumer-facing app gets info from the blockchain and then pegs its history via plots on an interactive map. The app connects the user to farmers, traders, roasters and brands, IBM says, and by using blockchain technology the coffee supply chain is said to be better vetted, creating a permanent stamp of digitally-approved transactions of which cannot be altered.

“The aim is humanizing each coffee drinker’s relationship with their daily cup,” said David Behrends, founder and president of Farmer Connect. “Consumers now can play an active role in sustainability governance by supporting coffee farmers in developing nations. Through the blockchain and this consumer app, we’re creating a virtuous cycle.”

The app also offers sustainability projects that consumers can support.

We’ve been following news around this prototype phone. OnePlus partnered with British automotive manufacturer McLaren and used glass technology found in high-end car sunroofs and aircraft windows in the build of the OnePlus Concept One. As Wired reports, “The camera lens on the back of the phone sits under this special glass, the tint of which changes when the glass is triggered by an electrical signal.” And when you are not using the camera it is not visible on the device. Engadget‘s Chris Velazco’s video gives a closer look at specs and such.


One of the biggest unveils at CES was from helicopter manufacturer Bell, which showcased its flying taxis concept. What was thought to be an exaggeration by some turned out not to be with Bell also announcing a “proposed smart city ecosystem that would help distribute the services of air taxis and drones and manage their operation, whereabouts, and maintenance.”

South Korean car manufacturer Hyundai is also a force in this airborne taxi market with its S-A1 aircraft that seats four and was developed with Uber Elevate. As Wired reports, “Hyundai says the PAV (personal air vehicle) concept will work with a new ground-based infrastructure system that will include an air taxi station called Hub and a network of electric PBVs—Purpose Built Vehicles—that will shuttle people to and from the air taxis.”

We’re including this because it is terrifyingly intriguing. As can be read on the official website for CES, NextMind is “the world’s first brain-sensing device enabling users to control their VR/AR headsets with their minds.” Yes, we are living in Total Recall. One’s intent can be targeted via neural signals, creating a symbiotic response between that intent and subsequent action(s).

As outlined in NextMind’s explainer video: Eyes project an image to the visual cortex and the NextMind device can decode which object you select, then it sends back the information (all via Bluetooth) to a computer in real-time, supposedly allowing one to control digital devices directly with the brain.

If you’re intrigued like us and want to know more, hop on the waitlist here. 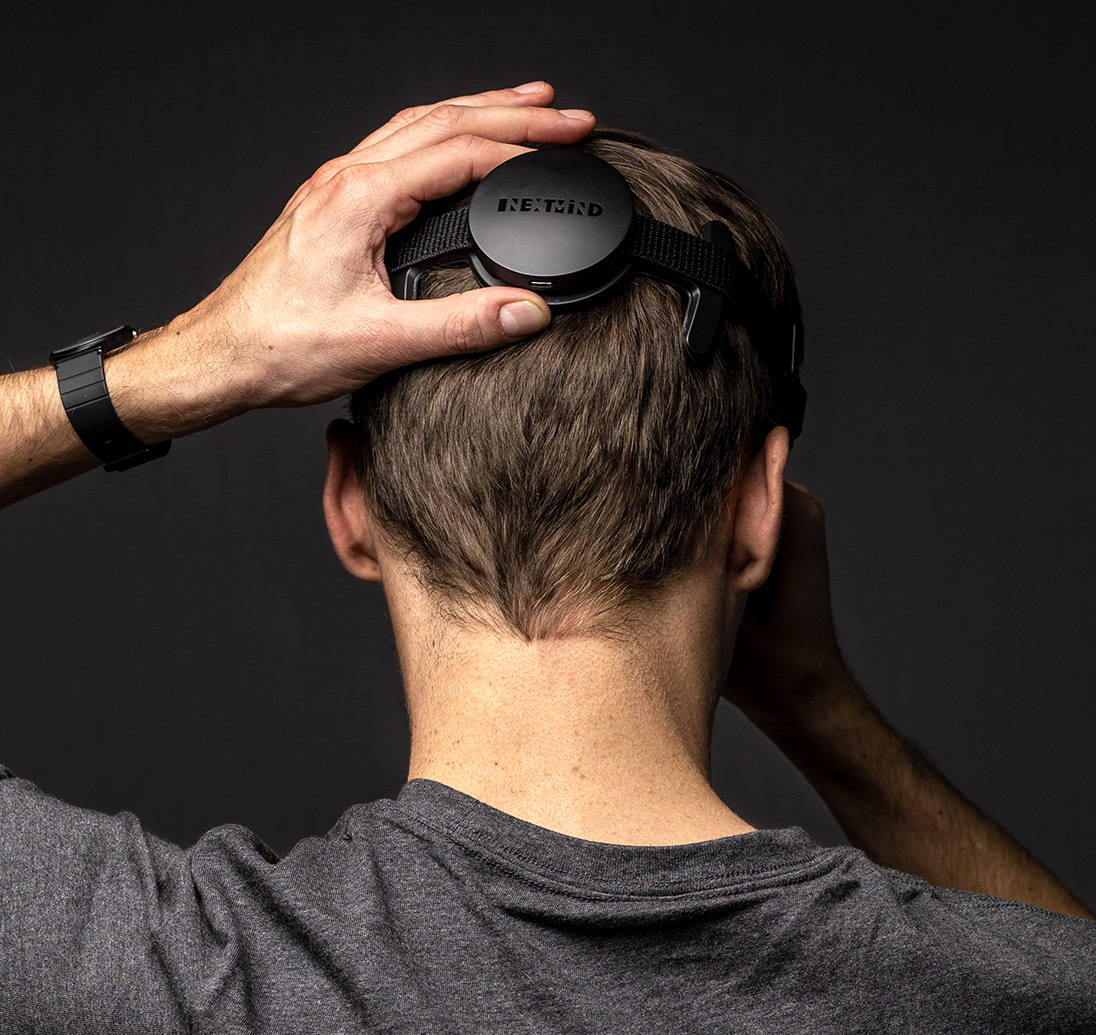 Something that caught our eye was from France’s URGOnight, which is said to train your brain to sleep better. While it is early stages here, there’s something really fascinating about the act of retraining your brain and how it could possibly help lessen the burden of overstimulation. It’s worth a shot, but we’re also cautiously aware of the possible downside to a device that could retrain cognitive and encoding patterns. Still, we’re keen on what its proposed purpose is, so again, worth a shot. 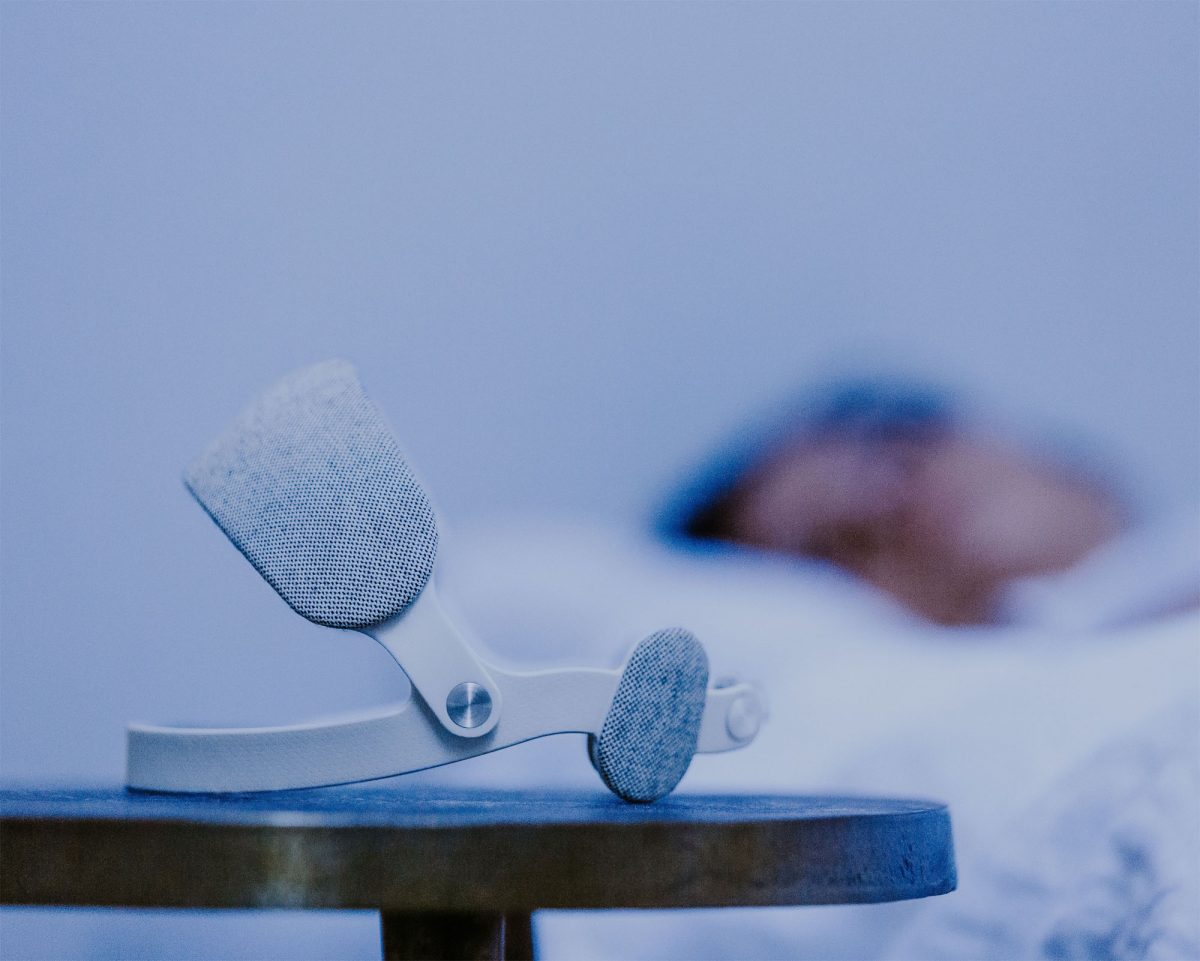