The Consumer Electronics Show (CES) saw over 4,500 exhibiting companies unveil the latest news in technology and consumerism to over 180,000 people from 155 countries. This year saw the first rollable television from LG. Mercedes-Benz introduced The Urbanetic, a self-driving, fully electric car. Plus, there were boatloads of new products and gaming gear with AMD making some of the biggest announcements of the week.

Mercedes-Benz’s autonomous vehicle reportedly can fit up to 12 people and also doubles as a carrier that can support over 500 pounds. According to the car manufacturer, the car has zero emissions, too. 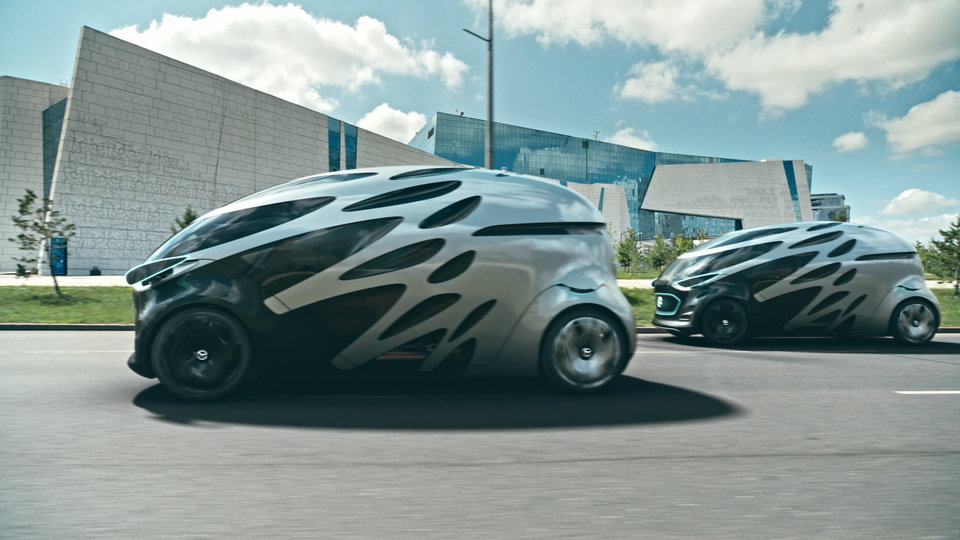 Business Insider named the vehicle as the best consumer concept from CES 2019. As shown above, you can switch out the top of the chassis to suit various travel, work and leisure happenings. Business Insider also estimated that if this was to go to market (it’s still in concept stage), The Urbanetic could cost at least six figures. 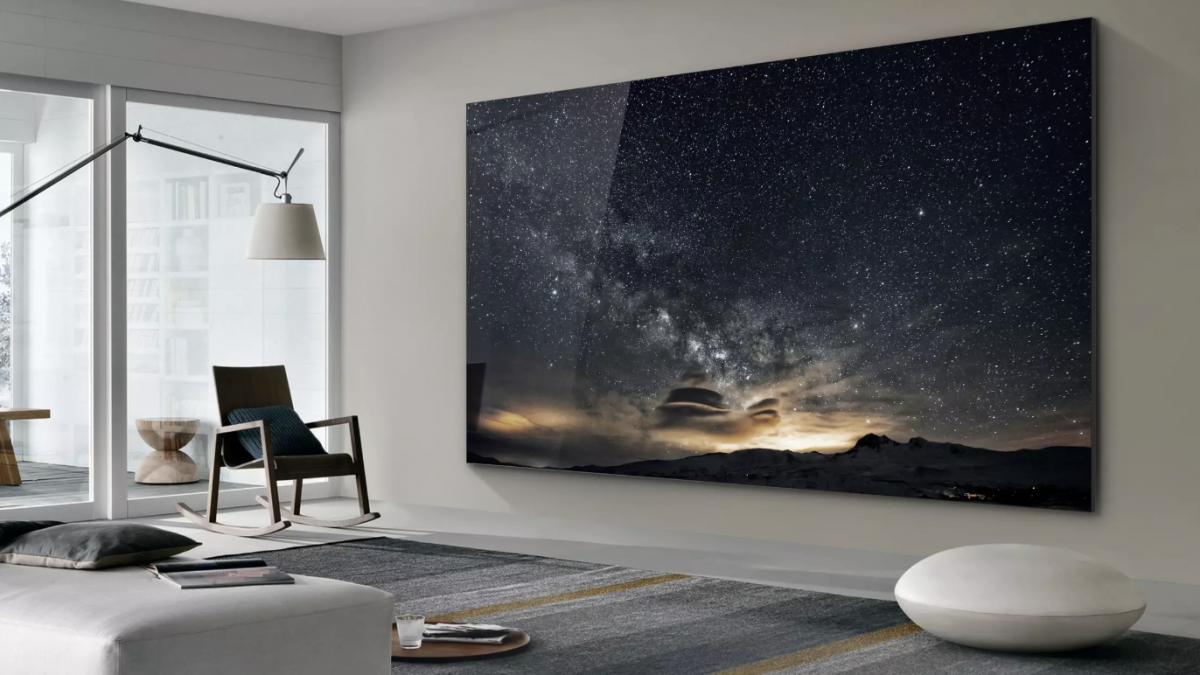 Samsung previewed its new 219-inch TV ‘The Wall’, which is a gigantic MicroLED television. This is the second edition of the TV and no less impressive. Besides its large display, ‘The Wall’ also has various modules to help one customize the size and look of the TV so it can fit different spaces and settings. This TV is also water resistant, dust resistant and comes with shock- resistant technology. If the 219-inch is too big, you can choose to go with the 75-inch or 146-inch Wall TVs instead. Samsung has yet to disclose price points. 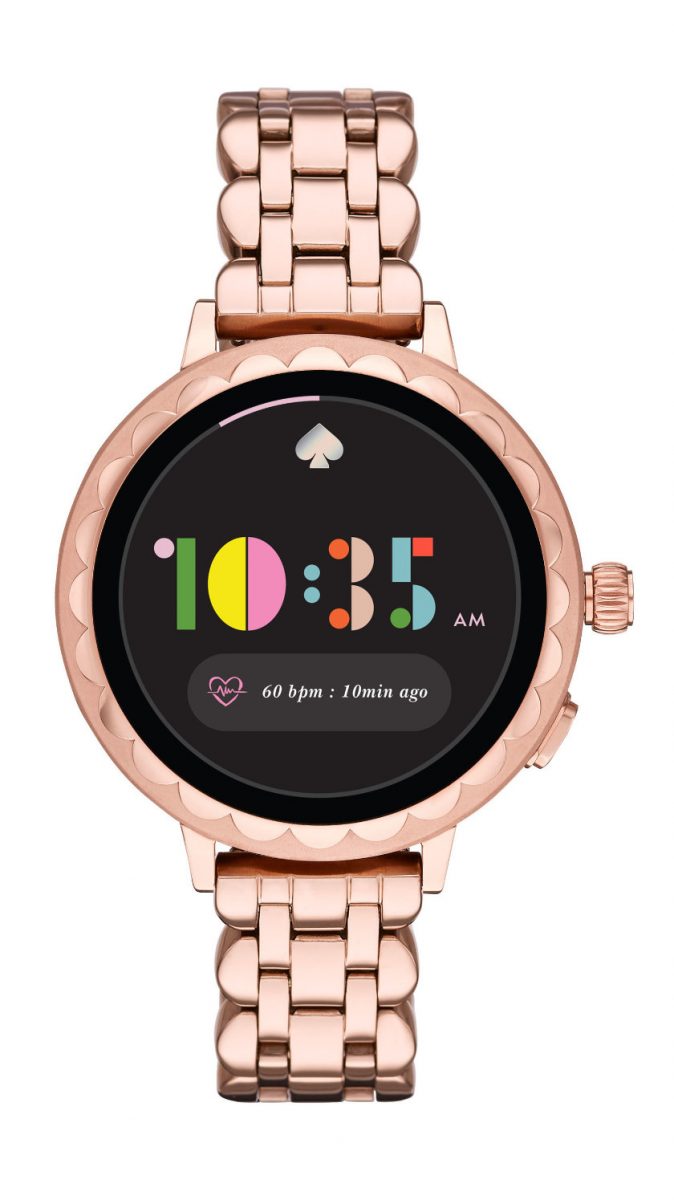 Kate Spade presented its second-gen smartwatch that runs on Google’s Wear OS. The Scallop Smartwatch 2 price range is between $$295 and US$325 (approx. CAD$390 and CAD$431, respectively), and the watchband is the typical 42mm. Although smartwatches are pretty niche, this particular style from the acclaimed fashion name could usher in those wanting a watch that doesn’t look like a smartwatch, but comes equipped with the features and tech of it. 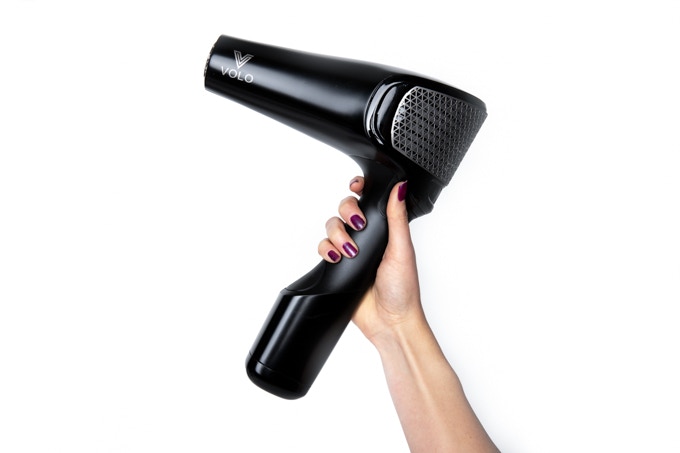 Volo Beauty caught the attention of many with its Volo Go cordless hair dryer. The San Diego-based company’s Kickstarter campaign has exceeded its target ask and the Volo Go, which is the world’s first cordless infrared hair dryer, is expected to start shipping to anywhere in the world starting in July 2019. The hairdryer is also said to dry without damaging hair mainly thanks to Volo’s use of infrared bulbs so the heat dries your hair “from the inside out.” Volo Go can hold a charge for up to 13 minutes on high heat and 24 minutes on medium heat. It’s priced at US$399 (approx. CAD$529).

Another cool addition that has landed on many interest lists is LG’s OLED TV R, which is next level futuristic. This is the world’s first OLED 8K rollout TV and it’s called the LG Signature. In addition to its impressive base specs, the 65-inch TV comes with powerful 100W Dobly Atmos speakers that make up a robust sound system. During a press conference, LG said its TVs would be one of the first to support Apple’s AirPlay technology so you’d be able to stream content and audio files from an iPhone and iPad. 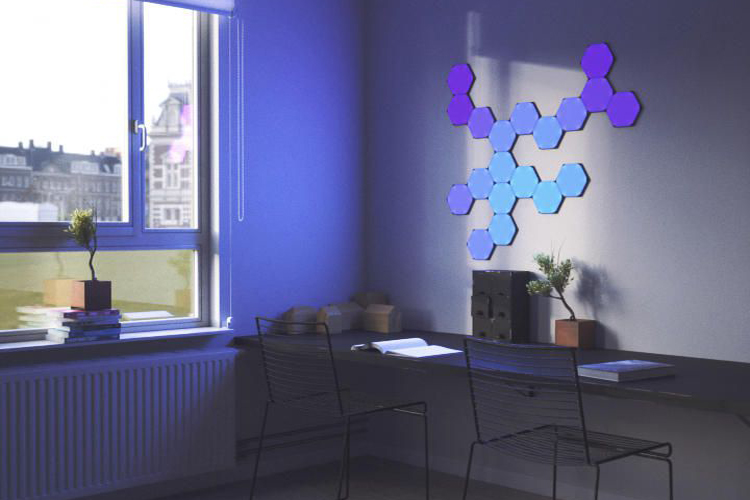 Toronto-based startup Nanoleaf demoed new offerings in the form of hexagon light panels that help customize one’s work or play space. While the selection is geared towards gamers, the light panels are really great for anyone looking to change up the mood. The color-changing panels have touch sensitivity and you can control the panels with Alexa, Google Assistant or Siri voice commands. Look for this in stores by the end of 2019.

Another product introduced that caught our eye was a foldable phone from Royole. Named the FlexPai, the phone has a 7.8-inch AMOLED display that ‘rolls up’ and bends in half. Foldable phones are expected to make more introductions in the coming years—Samsung’s bendable smartphone with a 7.3-inch display is one to keep a look out for. It’s still early days in terms of sophistication of technology with these phones, but just the sight of a foldable phone is pretty intriguing. The FlexPai costs between US$1200 and US$1400 (approx. CAD$1595 and CAD$1858, respectively) and the phone runs off of an Android system dubbed Water OS ( which is a Royole program). 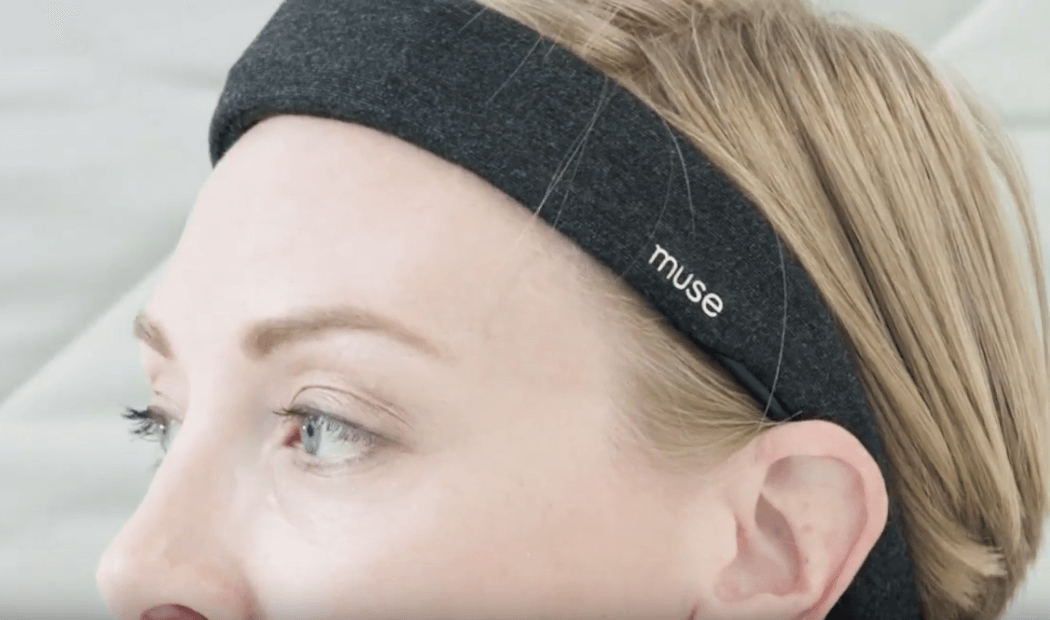 Muse showcased their new meditation headband, this marking the first soft headband from the company. The Softband is designed to help with meditation, ease into sleep and help one tap into overall calmness. The Softband is said to have the capability of detecting when you’ve fallen asleep so it will automatically turn off. This is the third headband from the company—the Muse 2 was released last year. Muse’s VP of Product Management Alec Singleton told TechCrunch that “The Softband is exciting because of the new use cases it opens up. You can fit it under a helmet or wear it to yoga.”

One of the best announcements came during the keynote from President and CEO of AMD, Dr. Lisa Su. You can watch the entire keynote here.

AMD is one of the biggest and most respected names in the computer world and now with the introduction of these new processors (to be shipped out this year), AMD continues to prove they’re a force and source for high-quality innovations. In addition, Su talked about the inclusion of the powerful Ryzen chip in new Chromebooks. As reported by PCWorld, AMD is expecting to deliver in terms of performance with “about 87 fps with the Ryzen 7 3700U and its 10 Radeon Vega cores in Rocket League on low graphic settings.” Ryzen getting into Chromebooks is a big win to take note of and “AMD said its A6-9220C and A4-9120C will be in a number of Chromebook designs, including those from HP and Acer.”

From incredible AAA gaming performance to ultimate editing and rendering power, AMD helps you to turn your imagination into reality thanks to the newest innovations in Ryzen and Threadripper CPUs. pic.twitter.com/ZKX4TvVcmT

There were fun, training activities.

And new products to help athletes.

The SISU Sense smart mouthguard and app measures head impact in contact sports. It’s expected to come out this year and the price is said to be around $100. 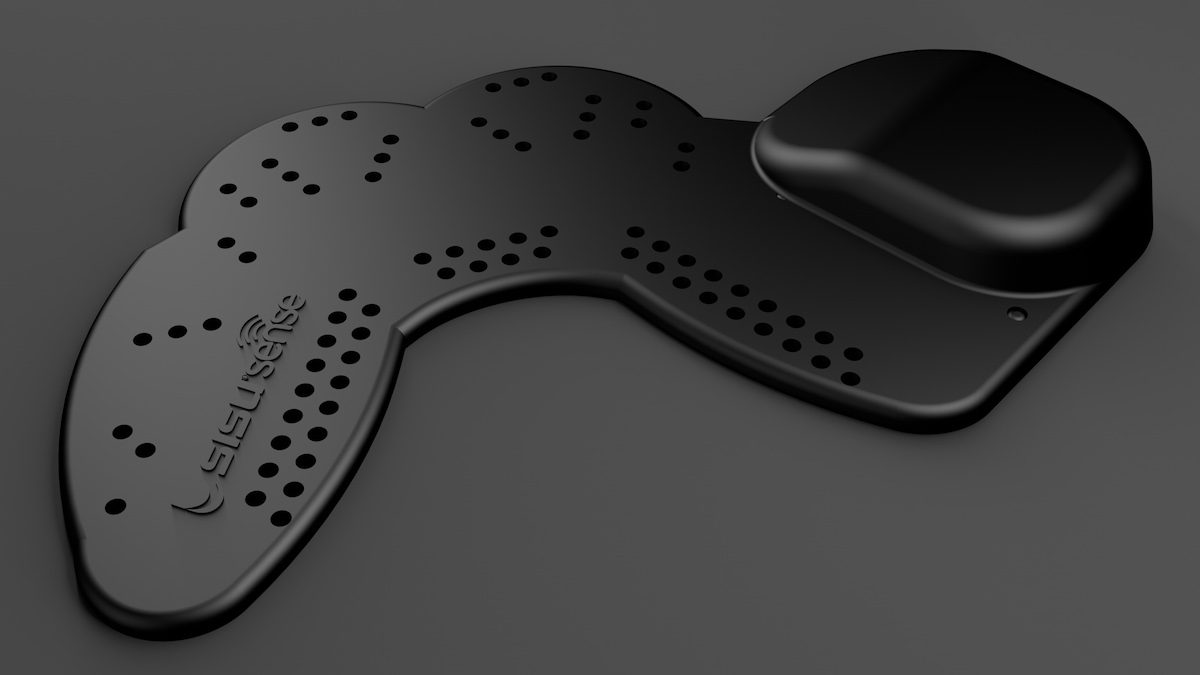 Finally, there were talks about sustainable operations like that seen with Freight Farms and their Farmhand IoT platform. Freight Farms uses shipping containers to house farms and agriculture, year round. We’re expecting to hear a lot more from them in 2019.

In #Boston, @FreightFarms is building self-contained #hydroponic farms out of recycled shipping containers that let farmers #farm any where at any time in any #environment without any herbicides or pesticides. Check your local listings for air dates: https://t.co/HTywdnvX8m #PBS pic.twitter.com/LQrlgXMWaj