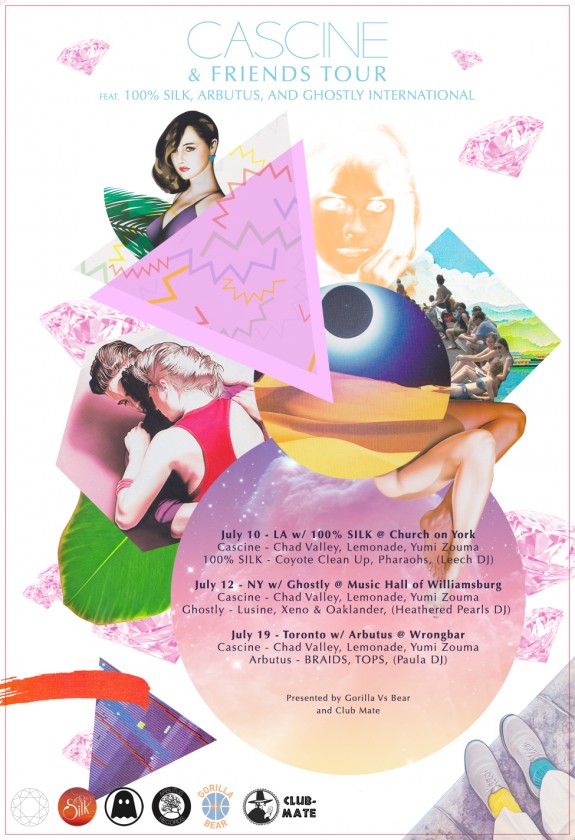 Cascine has announced an exciting summer tour with their friends 100% SILK, Arbutus, Ghostly International, and Gorilla Vs. Bear! Taking place in Los Angeles, New York, and Toronto (yay!) the tour will showcase talents from all the labels including Chad Valley, BRAIDS, TOPS, Lemonade, Yumi Zouma, Coyote Clean Up, and Pharaohs to name just a few. The Toronto edition of the tour will take place at Wrongbar on July 19th and feature artists from Arbutus Records and Cascine alike.

To get everybody hyped for the tour Coyote Clean Up has released a free mix below featuring some new tunes from Lusine as well as a new Yumi Zouma remix. Listen below.