Carey Mulligan for US Vogue May 2015 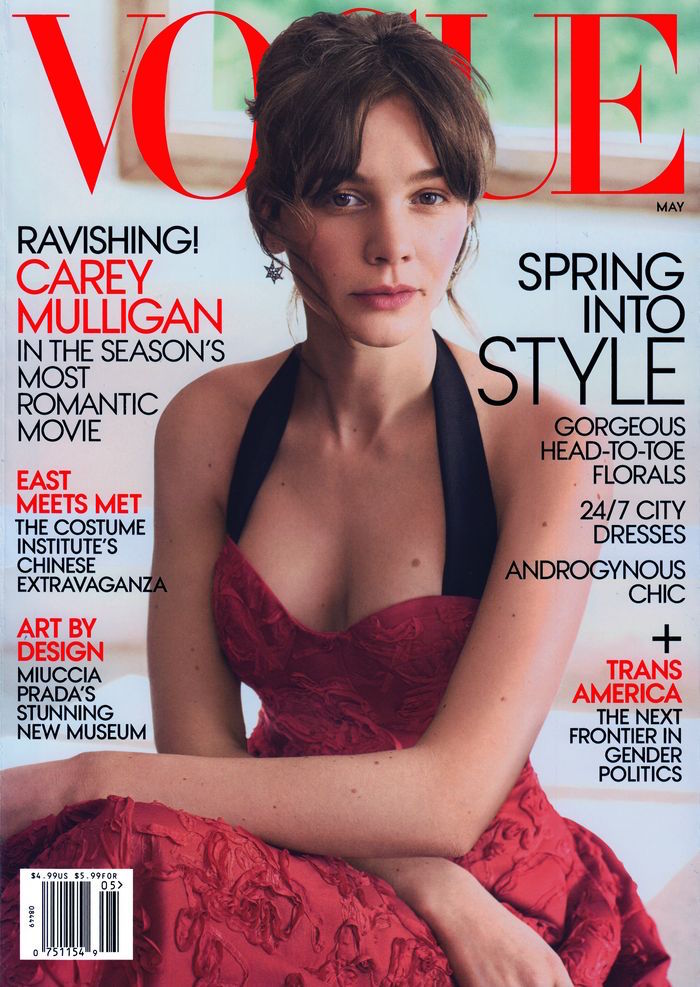 Known for her hard hitting theatrical roles in An Education, Drive, and Inside Llewyn Davis, Carey Mulligan isn’t your average cover girl for a magazine like Vogue. That’s why we just had to share her Vogue US cover shot by Mikael Jansson, and immediately began researching what controversial roles she’d taken on which could land her such a cover. Sure enough, she’s set to star in Suffragette later this fall alongside Meryl Streep, Helena Bonham Carter and Brendan Gleeson, which of course explores the early feminist movement.

Watch the trailer for the film below and check out her cover shot above.