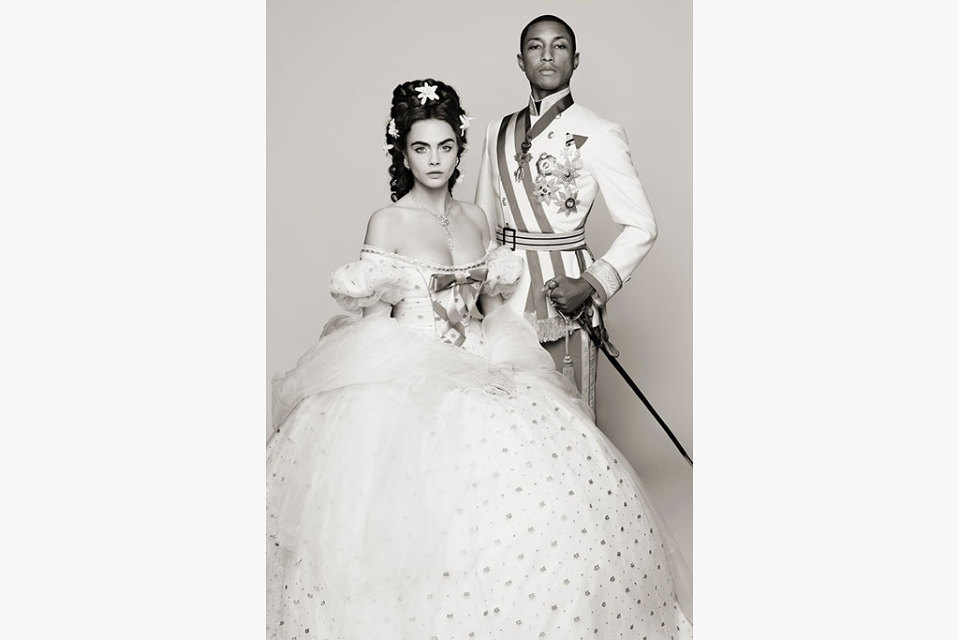 Chanel has released the teaser video starring Pharrell Williams and Cara Delevingne to help celebrate their forthcoming Métiers d’art collection which will be released in Salzburg at the Schloss Leopoldskron.

Karl Lagerfeld directs of course and the video is set to a track produced by Pharrell called “CC the World” which is a duet with him and Delevingne. Not sure how we feel about Delevingne’s sining skills but the film is beautifully bathed in style as you’d expect from Chanel.

Watch the short teaser for the film entitled “Reincarnation” which is to debut in full on December 1st.