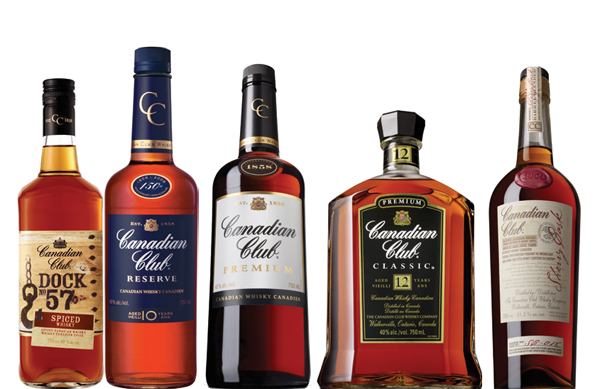 As some of you know, I am a big brown liquor drinker. I love me some Bourbon, Whiskey, Scotch, Rye, and just about anything else that can remove varnish from a surface. So it was with great delight that I was invited to the Canadian Club distillery in Windsor Ontario to learn the history of Canada’s foremost Whiskey provider. I spent the two-day visit learning the very significant and detailed history of CC, from their humble beginnings to their Prohibition fame, and onwards to become a staple of whiskey drinkers everywhere.  I spent a solid twenty-four hours drinking whiskey and learning history. It was the first time I felt I actually put my University degree to good use (not really, but…).

What impressed me, both as a whiskey drinker and a Canadian was the humongous role that CC has played throughout its life time on North American history. Most dramatically during the US Prohibition era.  Here’s what I learned, counterfeit CC ran rampant during Prohibition.  The problem with counterfeit CC whiskey was more than economic; it was a public health issue, too.  The fake stuff could cause blindness, loss of hearing, and worse.  One shot might kill you, and the CC brand as well. US businessmen developed a smuggling trade to get Canadian Club into the States.  To avoid detection from US authorities trying to intercept smuggled shipments, coded telegrams were prepared and received at the distillery from figures like Al Capone, The Purple Gang, and Atlantic City Treasurer Enoch “Nucky” Johnson. During Prohibition, CC introduced its infamous “Gate Bottle” design, a bottle that featured an etching of the front gates of the CC headquarters in Windsor, Ontario.   The “Gate Bottle” had a shorter neck to prevent breakage during shipping and was curved to fit into shipping crates. Savvy CC fans soon discovered that the curved bottle could also be hidden in their boots, fitting snugly around their lower leg.  Hence the term “bootlegger” was born. Cool right?

So history aside, what I truly came to appreciate was the delicate and intricate craftsmanship that went into the making of every bottle of CC. Like, CC is the only Canadian whiskey that is Pre-Barrel Blended before aging to allow the flavours to marry, resulting in an exceptionally smooth and mellow whiskey. CC is double distilled to remove fusel oils and create a light tasting whiskey. CC is aged longer than the industry standard in once-used American white oak bourbon barrels to give the whiskey its mellow flavor, and each expression is made from a different ratio of corn, rye, rye malt and barley malt distillates. Neat right?

Perhaps it was because I drank so much of it whilst engrossed in a historical and cultural rich environment, but during my short time out in Windsor I became a convert. If you want to learn more, take a virtual tour of the Canadian Club Heritage Centre on Facebook to get a behind the scenes look at CC’s authentic role in Prohibition and influence on bootlegging culture.