Canadian outdoor winter (and some transitional) apparel brand Canada Goose and Japanese designer toy brand MEDICOM TOY have released a limited-edition BE@RBRICK supporting Polar Bears International (PBI). The collaboration is a small part of Canada Goose’s Spring 2020 PBI campaign which launched earlier this month with the intent of raising awareness of the warming Arctic and the challenges polar bears face due to climate change and declining sea ice. Launched alongside an original documentary titled Bare Existence, the film offers a behind the scenes look at the passionate people of PBI who have dedicated their lives to preserving the Arctic habitat.

The campaign tagline “What Affects Them, Affects Us All” was the inspiration behind the BE@RBRICK’s half mirror, half polar bear design. The reflective half is intended to bring people face-to-face with the realities of climate change and our responsibility to educate, spread awareness and help urge people to take action. 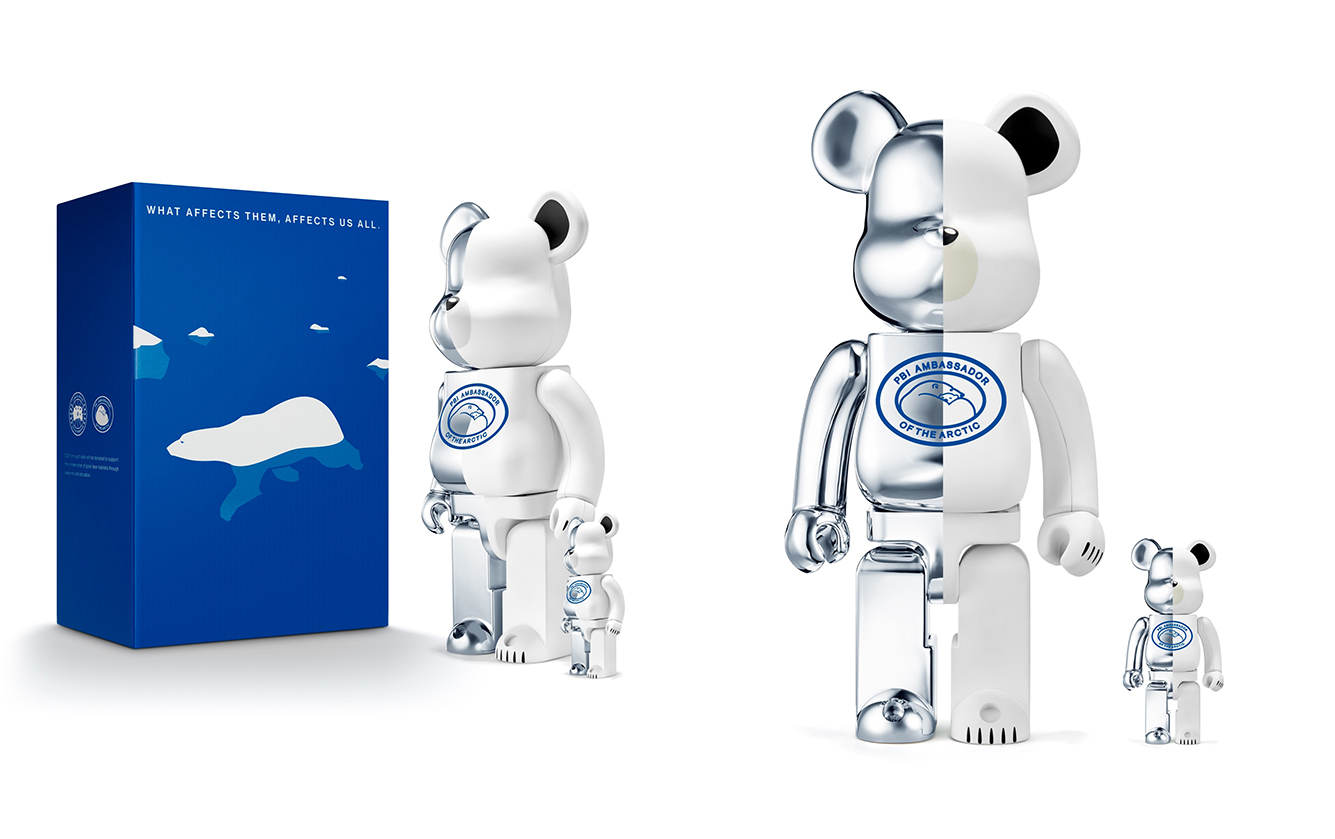 Watch the Canada Goose documentary Bare Existence about the Polar Bears below now.