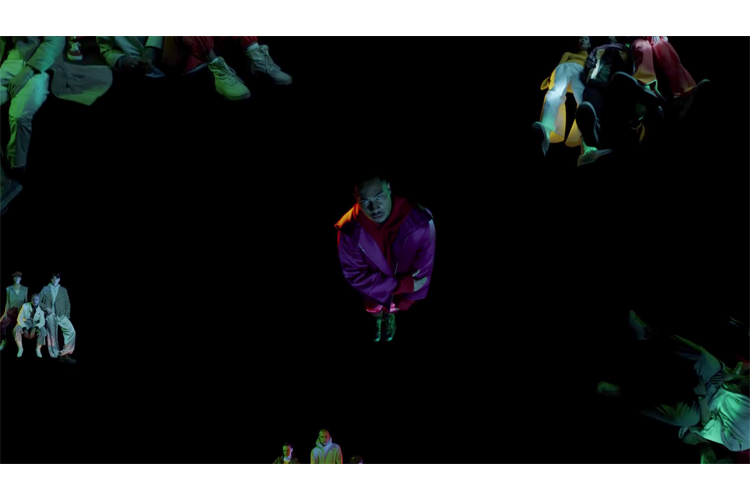 This past February, the 2016 Polaris Music Prize winning producer KAYTRANADA and fellow past Polaris nominee/rapper Cadence Weapon (aka Rollie Pemberton) released their ode to Montreal, “My Crew (Woooo).”

As Pemberton explained in the past:

“I met Kaytranada while DJ’ing in Montreal a few years ago and we’ve become friends. ‘My Crew’ is a song about defying the labels that people try to place on artists. Is it underground? Mainstream? Conscious? Trap? Who cares, as long as it sounds dope.”

“The scenes where I’m being shot into space were done with the same equipment used in the film Arrival. I was strapped up to a harness that was about 12 feet in the air and shot back with a slingshot-like device at high speed by a very chill operator dude.

It meant a lot to me to be able to shoot this video in Montreal with so many familiar faces. There’s a specific vibe to the city and the nightlife there that can sometimes be hard to articulate to those who have never been there. I’ve tried to channel that energy with this song and I think Kevin and the cast represented that independent spirit in the video perfectly.”

Watch the video for “My Crew (Woooo)” above an stay tuned for more new Cadence Weapon.